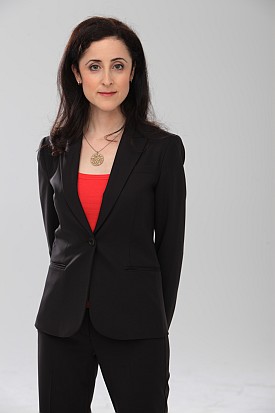 A physician by training, and a journalist by trade, Sheri Fink, ’90, illuminates the life-and-death issues faced by physicians treating victims in the wake of natural disasters. Her stories explore what happens when medical need overwhelms the resources available to treat all who need care.

In May, Fink accepted the 2010 Pulitzer Prize in Investigative Reporting for her gripping narrative, “The Deadly Choices at Memorial,” published last August by The New York Times Magazine. Her piece detailed the decisions made by medical personnel to administer high dosages of painkilling medication to patients deemed the lowest priority to be evacuated from the flooded hospital, which lost power for several days after Hurricane Katrina. Fink worked on the story for more than two years, conducting 140 interviews with those involved in the crisis at Memorial, which was left stranded when the flood waters broke through New Orleans levees.

Her story documented how patients at Memorial were given priority for evacuation, with some of the hospital’s healthiest patients among the first to leave. Those with Do Not Resuscitate orders—which instruct medical personal not to revive a patient in cardiac or respiratory arrest—were to be evacuated last. Many of those patients died. Before the evacuation, however, they were not necessarily close to death, so that decision has raised questions about why they were determined the least worthy of transport. “This story built on lessons I’ve been learning from my involvement around the world—that triage, which is the sorting of patients, is a very dynamic process,” says Fink, 41, who is now writing a book on disaster medicine, which will include insights from her work in Haiti, New Orleans, Iraq and Bosnia.

Piecing together the resources to publish that story was dynamic as well. Fink began her research as a freelance journalist, with a media fellowship from the Kaiser Family Foundation. Then she landed a job with ProPublica, the non-profit news service based in New York that’s funded by several foundations. There, she continued her research in New Orleans. The story was subsequently published in The New York Times Magazine. Under the ProPublica model, the Times did not pay for the story, but committed its considerable editing team to work with Fink on the project. The 13,000-word piece was among the longest in recent history published by the magazine.

With Fink’s story, ProPublica became the first online publication to win a Pulitzer. It has developed what’s seen as a new paradigm for investigative reporting, with foundations financing the in-depth projects, which are then turned over to news operations to disseminate. It has emerged as US newspapers have dramatically reduced such costly reporting projects as they address widespread declines in circulation and advertising income.Former New York Times investigate editor Stephen Engelberg, now managing editor at ProPublica, says Fink’s doggedness paid off.”She kept going back and back and back to refine her understanding of what happened,” recalls Engelberg. “She has what it takes to be a great reporter: brains, writing ability, as well as grit and determination.”Fink says she’s motivated by the desire to find the truth concerning public issues she finds captivating. She finds journalism a way to contribute to society, by illuminating the public debate on cutting-edge issues. Fink, however, says she has no particular reform agenda and leaves advocacy to those writing editorials. “It might be terribly idealistic, but I hope my stories will help people make better decisions,” she says. “My reporting helps to inform the public, lets them know what has happened in the past or what the consequences of certain policies may be.”

Fink’s heart for reporting on the frontlines brought her to Haiti in January, a week after the catastrophic earthquake leveled much of Port-au-Prince. There, she reported for ProPublica on how the US Navy, which was treating patients in a ship anchored off-shore, had lost touch with family members anxious to know the whereabouts of their injured next-of-kin. She also filed reports about the quake’s aftermath for the radio show The World, produced by the BBC and Public Radio International.

Fink’s Haiti reporting unearthed more examples of the tough decisions doctors have to make in triage. One segment chronicled the struggles of a Haitian woman with respiratory illness, who needed oxygen at a time when oxygen at a US field hospital was in short-supply. Physicians there decided that the dwindling supplies of oxygen would be better used for those in surgery, so they could survive their acute injuries. The woman, meanwhile, was sent to a Haitian hospital where oxygen was in even shorter supply. Audio of the woman desperately gasping for air as she was transported by ambulance added to the story’s drama. Fink says she likes telling stories for radio, using sound instead of words, to set the scene.”When you are in a field hospital, you can bring the listener right there, with the sounds of a generator buzzing, a woman in labor, and the medical staff calling for help,” she said. Storytelling was part of her upbringing in the Detroit suburbs of Southfield and West Bloomfield. Her father, Herschel, was a night city editor at The Detroit News. After he left journalism for the law, and became counsel to the Detroit Free Press, she would visit the newsroom to get a feel of the vibrant rush of daily journalism. Her family was steeped in University of Michigan lore, with her grandfather, Philip Rader, and mother, Annette Fink, both graduates. The family bathroom had Wolverine wallpaper and a toilet-seat cover that implored: Go Blue.Fink was pre-med, and majored in psychology. She bonded with the gals at Alpha Omicron Pi sorority, and could often be found at the Brown Jug, eating nachos in the early morning hours. She then headed for Stanford University, where she earned her medical degree as well as a PhD in neuroscience. Her interests, however, reached beyond medicine and scientific research. She took classes in narrative writing, and while working with a Holocaust survivor to counter the claims of Holocaust revisionists, she founded Students Against Genocide, to coordinate protests across the nation against the Balkan War.”When I heard the first reports of ‘ethnic cleansing’ in Bosnia, I was attuned to those issues from my involvement with the Holocaust center,” she says. After completing her coursework from Stanford, she traveled to Bosnia to research the practice of medicine in the time of war. Those experiences were chronicled in her book, “War Hospital: A True Story of Surgery and Survival.””You need that passion, that real interest in the subject, to sustain yourself when you do any kind of serious work,” she says. “In long-form journalism, you are living with the subject for a long time.”Her interest in wartime medicine brought her back to the Balkans to research allegations that medical personnel had been targeted during the war. When she arrived, more than 100,000 refugees were massed on the Macedonian border. She pitched in with international aid organizations to provide medical care. Fink says her medical and scientific training prepared her well for journalism. Doctors are taught to ask nonjudgmental questions to elicit information, so they can discern what’s going on in a patient’s body. Scientists demand a high-level of evidence when proving a hypothesis. Journalists need good listening skills so their subjects will open up in interviews. They are on a truth-seeking mission as well. “That’s a great mindset to bring to journalism,” she says. “You can’t accept something as true because it seems like it’s right. You need to go in and get multiple sources for information. You really have to make sure it holds up.”