Do Americans stretch the truth about church attendance? 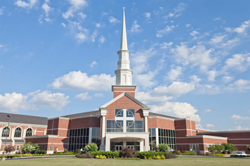 A new University of Michigan study finds that Americans are much more likely to exaggerate their attendance at religious services than are people in many other countries.”Americans have long been viewed as exceptionally religious compared to other nations in the developed world,” said Philip Brenner, a research fellow at the U-M Institute for Social Research (ISR) and the author of the study. “But this study suggests that American religiosity may be exceptional not in terms of actual behavior, but rather in terms of identity.”In the U.S., and to a lesser extent in Canada, the gap between what we say and what we do is substantial, and has been so for the last several decades.”The study appears in the forthcoming Public Opinion Quarterly.For the study, Brenner analyzed two types of evidence about religiosity for each country: conventional survey questions asking respondents how often they attend religious services, and time diary data recording Sunday activities. The data, covering a period from 1975 to 2008, came from a variety of time use studies and cross-cultural surveys, including the ISR World Values Surveys and the American National Election Studies.In addition to the United States and Canada, the countries studied were the Netherlands, Germany, France, Norway, Finland, Slovenia, Spain, Austria, Italy, Great Britain and Ireland.While conventional survey data show high and stable American church attendance rates of about 35 to 45 percent, the time diary data over the past decade reveal attendance rates of just 24 to 25 percent—a figure in line with a number of European countries.America maintains a gap of 10 to 18 percentage points between what people say they do on survey questions, and what time diary data says they actually do, Brenner reports. The gaps in Canada resemble those in America, and in both countries, gaps are both statistically and substantively significant.Outside of North America, the largest gaps are found in the Catholic countries of Europe, but even in high-attendance Ireland, the gap only ranges from about 4 to 8 points.”The consistency and magnitude of the American gap in light of the multiple sources of conventional survey data suggests a substantive difference between North America and Europe in overreporting.”Given these findings, Brenner notes, any discussion of exceptional American religious practice should be cautious in using terms like outlier and in characterizing American self-reported attendance rates from conventional surveys as accurate reports of behavior. Rather, while still relatively high, American attendance looks more similar to a number of countries in Europe, after accounting for over-reporting.”American religion may however, be considered exceptional in a new way in light of these findings: unlike the other countries examined, American behavior continues its consistent failure to match self-reported rates. American religiosity as an outlier is a concept that may be better applied to identity and self-concept rather than behavior,” he said.