Rock and roll, bling and the new economy 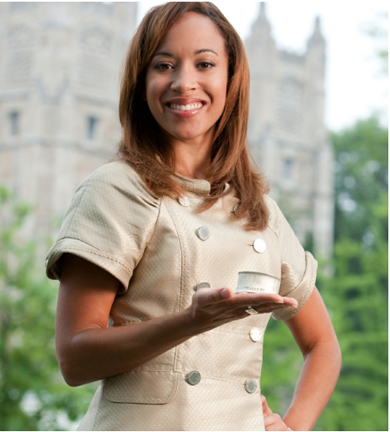 Sara Jones’s business, Heart Graffiti, offers stylish alternatives to the traditional class ring. After a year, her company is already operating in the black.

Are entrepreneurs Michigan’s new rock stars? Drew Leahy just happens to be both.Leahy started his own band and his own record label by the time he was a 16-year-old at Brighton High School. While still a student at U-M, he combined his passions for music with pure capitalism by starting MyBandStock.com, with five employees in Ann Arbor and Hollywood offices. The startup encourages music fans to “invest” in their favorite artists through a social network building relationships between bands and fans.”They both give me a jolt of life,” Leahy said, comparing the feelings he gets from making music with the thrill that comes from turning an idea into a business. “Hitting those milestones brings out feelings you can’t match. We’re really having a blast.”Entrepreneurs seem to be all the buzz these days.Michigan’s new governor, Rick Snyder, a U-M graduate (with a BA in 1977, an MBA in 1979 and a law degree in 1982) and former Gateway Computers CEO, focused his election campaign on how a “tough nerd” entrepreneur could help re-invent Michigan. Snyder helped found Ann Arbor SPARK and as a venture capitalist helped several U-M spinoff companies expand. 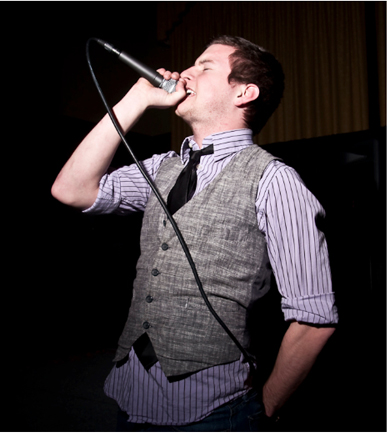 Drew Leahy combined his love of music and his business acumen to launch MyBandStock, a clever startup that lets fans ‘invest’ in up-and-coming bands.

Snyder’s running mate, Lt. Gov. Brian Calley, is also a product of a URC university and also an MBA, having earned his bachelor’s in business administration from MSU and an MBA at Grand Valley State.Facebook founder Mark Zuckerberg was named Time magazine’s 2010 Person of the Year, and “The Social Network”—the movie version of how the then-Harvard sophomore started Facebook from his dorm room, becoming a billionaire in the process—became one of the biggest films of the fall.The start-up spirit is alive and well on campus too. A recent Detroit News poll of parental attitudes about education and entrepreneurship conducted this fall found 56 percent of parents would “strongly encourage” their children to start their own business while two-thirds felt it was likely or somewhat likely their children will actually be an entrepreneur someday. That two-thirds expectation is substantially higher than results found just three years ago, when the Detroit Free Press polled students at the three University Research Corridor universities (U-M, MSU and Wayne State) and found about half of graduating students expected to someday start their own business. Contrast those attitudes with the once standard advice many parents gave students: to get a job with a big established company to get “good benefits.”About 10 percent of freshmen arriving at the URC campuses indicate they’ve already started a business of their own before arriving at college, and all three URC institutions have set up incubators, special courses and other programs encouraging students to nurture and build upon their own business ideas. This fall, the URC partners sponsored the Accelerate Michigan Innovation Competition, the largest contest of its kind. At the University of Michigan, start-up business has become big business. While completing her MBA at U-M’s Ross School of Business in 2009, Sara Jones started her own company, Heart Graffiti. She got her own business idea during a semester-long Multidisciplinary Action Plan (MAP) project for the Ross school in Peru. After connecting with a Peruvian manufacturing and design team that has crafted silver jewelry for Tiffany & Co., Jones started a business making a modern alternative to college rings.She conducted market research finding 89 percent of women consider class rings to be “unfashionable,” while 60 percent said they would be likely to buy fashionable alternatives like the silver necklaces, bracelets and other alternatives her company designs and produces. “Class rings are sold by scholastic companies that also make yearbooks,” Jones said. “We’re a fashion company and our focus is on designs where the look and feel is more fun.”She’s already established licenses with U-M and MSU to produce silver jewelry with university logos and graduation years, and expects to be in the black by the end of graduation season.The Seattle native got her undergraduate degree from New York University but came to U-M because it was just open to encouraging MBAs to start their own businesses or pursue careers in philanthropy as it was toward pushing students toward jobs with big corporations.She’s pledged to investors to keep her company in Michigan for at least two more years and plans to expand her line to include jewelry for major universities throughout the Big Ten and nationwide. After only a couple months in business, she’s already working with 12-14 people regularly.Some student businesses cross lines between universities: Geoff Horst, while still a PhD student at MSU and Jeff LeBrum, while studying business at sustainability at U-M, started Algal Scientific Corp, which won the inaugural DTE Clean Energy Prize competition and earned the top prize of $65,000. Algal’s winning business plan was based on a process that would use algae to simultaneously treat wastewater and produce raw materials for biofuels.

Meanwhile, Wolverines past and present continue to rake in awards for their startups. Senior Allen Kim was recently named Entrepreneur magazine’s College Entrepreneur of the Year for his company Bebarang, dubbed “Netflix for baby clothes.” And four U-M startups scored prizes in a national business plan competition. These are just the latest victories in a slate of economic development and new businesses to come out of U-M.

For more on entrepreneur opportunities at U-M, visit: