“How many of you have gone to college fairs?” Angela Robinson was asking. An admissions counseling intern at the University of Michigan, Robinson was standing in front of some 30 tenth graders in a U-M classroom. Only two of the students raised their hand. The students were among 80 kids, all from Michigan high schools, attending College 101, a three day program hosted by the U-M Center for Educational Outreach, which develops programs to promote a “culture of college” in underserved communities where terminating education after high school is the norm. Students who attend College 101 get a taste of college life—everything from living in a residence hall to attending class—along with basic information about what it takes to get into, and stay in, college.Amy Prevo, the Center for Outreach’s assistant director, explains that “many of these students have never been out of their own city, let alone stepped foot on a college campus or stayed in a dorm room.” 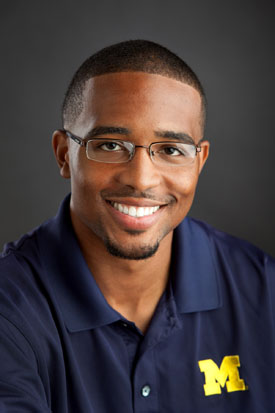 Maddie Dietrich, a 15-year-old from Durand, Mich., with a 3.8 grade point average, attended the fair to get more information on the application process. She’s set her sights on the University of Michigan and is hoping for a full academic scholarship. Her parents, a florist and auto mechanic, didn’t attend college “and they felt that held them back. It’s their one regret,” she said. “I’m going to college!” In recent years, several currents have flowed together to make outreach programs like this more important than ever. First and foremost is probably the Michigan economy; as it transitions from old-style manufacturing to high-tech, having a workforce that can respond to those professional jobs is crucial for economic vitality. U-M has placed a premium on bolstering the state economy—building a Technology Transfer office to turn research into new businesses, hosting entrepreneurial incubators, launching a first-of-its-kind degree in Entrepreneurship—and helping more students get to college is a crucial element those efforts. But the program also goes to U-M’s core values of diversity and opportunity. Especially after state voters banned affirmative action, the university has extended itself further into communities where college is often not seen as an option. U-M’s Center for Educational Outreach was established in 2008, says its program manager, Christopher Rutherford, and is one of several resources U-M has available to minority and poorer students. In 2010, the center developed ties to the National College Advising Corps, whose mission is to raise the rates of college enrollment and completion among low-income, first generation-college, underrepresented high school students. Events like College 101 bring those students to campus. But an even more interesting project sends recent U-M grads out to high schools. The Michigan College Advising Corps hires young alumni to work as counselors in 16 urban schools throughout southeast Michigan. (Michigan State University, with its historic connections to agriculture, runs a college advising corps that serves mostly rural communities.)The counselors serve as peer advisors, charged with motivating students to apply to state colleges and making them aware of scholarship opportunities, so that even a four-year institution like U-M doesn’t seem out-of-reach. They’ve often attended the same type of high school and are young enough to relate to students as both coaches and confidantes.Ryan McBride was in the first group of college advisors, dispatched by U-M to Saginaw High School, where he graduated in 2005. “I know [first-hand] some of the challenges lower income students faced in choosing the right college and finding ways to pay for it. I wanted to help them address those challenges and issues,” he said. 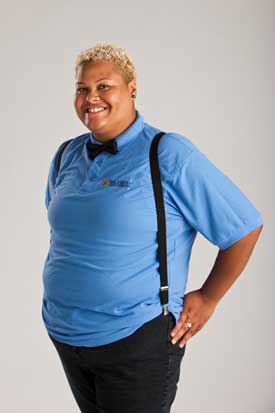 The job wasn’t easy. Many juniors and seniors weren’t academically prepared. He said much of his time is spent with low income and first-generation high school seniors, heading to their classrooms and working with them at lunch, helping them navigate the application and financial aid process. “For some students it’s exciting just to go on the college tour and get out of the high school building. It’s doesn’t take a lot to get the students motivated,” Rutherford says. But the counselors also rely on incentives, everything from a free pizza coupon or iPods for completing college application paperwork. “Some students who struggled in school stepped it up a notch,” says McBride. They “took the ACT more than once, and got better grades. Some who you didn’t think would go to a university are now on their way,” he said. “The most gratifying thing is seeing students who at the beginning of the year weren’t considering college and then seeing them being accepted to multiple schools and getting financial aid.” Out of a senior class of 136 students, 125 at Saginaw High School said they plan to attend either a two-year or four-year college that admitted them this academic year. And McBride said there’s already a trickle-down effect, with many of last year’s juniors planning to apply to U-M this fall. Jessica Cornwell worked as an advisor in Battle Creek Central High School for the past year. As a student of color who attended Detroit public schools, she felt the students could relate to her. “I try to be a friend first and foremost,” which has resulted in building the students’ trust. One of her most effective tools was “Make it Rain Fridays,” an attempt to increase the number of applicants for Battle Creek Community Foundation scholarships. For six weeks, during Friday lunch period, Cornwell brought in foundation staff and provided pizza to students who worked on their scholarship applications. Cornwell promoted the event through social media and Cornwell even wrote a song about it. The effort resulted in a 10% increase in completed applications. What really made the difference, it seemed, was Cornwell’s daily presence, and the relationships she built. Dominique Whipe, 18, attended one of the “Make it Rain” Fridays. “It was hard to do all those essays. I wanted to quit, but [Cornwell] said that’s free money,” Whipe said. She earned a full ride to Ferris State University to study pharmacy. Without Cornwell’s encouragement, she says she would have missed out on at least $8,000 worth of scholarship money. Cornwell also refused to let one student, pregnant with her second child at age 17, push aside her plans to attend college. “I said, things will change and it will be harder, but it doesn’t mean you can’t do it.” The student ultimately decided to attend Kellogg Community College. The year Cornwell was at the high school, 79% of the graduating class applied to college—submitting a total of 836 college applications—with 50% planning to attend, Cornwell said. But more important, the school is experiencing a cultural change: college is now a regular part of the conversation. The school is hosting ACT boot camps for juniors; college programs, once a novelty, are becoming staple events. “Countless students have told me they never would have taken the time to do anything for college if I wasn’t there to guide them and show them that I believe in them,” she said. For Marisol Blanco, a 24-year-old college advisor at Ottawa Hills High School in Grand Rapids, working with the advising corps offered a chance to give back to her community. The daughter of working class parents who immigrated from Mexico and struggled financially, she said finding resources for college was difficult. “This was the perfect opportunity to share my own experiences and guide them along the process…. As quickly as the second week of school, students were already saying how much of an impact my being there was on their decision to go to college. That’s had a positive impact on the school and myself.” She said many of the students she’s counseled are, in turn, interested in giving back to their communities to help others overcome the same social barriers.

Who helped you make it to college? What were the key things they said or did? What were the most important steps you took for yourself to make it happen? Do you have advice for high school kids, especially those who might be the first of their family to go on to college? Share your thoughts in the comments section.