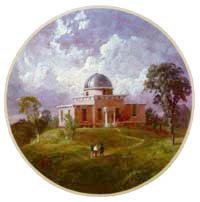 On Dec. 22, 1852, Dr. Henry Philip Tappan gave his very long inaugural address as president of the University of Michigan. He was the first to hold the office under the new state constitution, and he used the speech to encourage people to take an interest in the University’s development. When Tappan finished speaking, prominent Detroit businessman Henry Nelson Walker approached him for a word.

Walker was a wealthy railroad lawyer. He liked Tappan’s vision for the University and he wanted to know how he might help.Tappan replied in an instant. Walker, he said, could raise funds to build a first-rate astronomical observatory. In Tappan’s view, a great observatory would embody his ambition for the school—not only to cultivate young minds but to explore and expand all realms of knowledge. It would anchor the new scientific curriculum Tappan was planning. And as a practical bonus, it could provide the state’s railroads with a commodity essential to preventing wrecks and delays: precise measurement of the time.

Walker rounded up donations among wealthy friends in Detroit, and soon President Tappan was able to commission a building on the heights northeast of the new campus. Next, Tappan ordered a meridian-circle telescope from the finest optical-instrument makers in the world, Pistor & Martins of Berlin, then in the German kingdom of Prussia.

Visiting Berlin himself in 1853, Tappan asked astronomers of the city’s Royal Observatory, including the assistant director, Dr. Franz Brünnow (brew-nuv), to supervise the telescope’s construction and testing. When it was done, young Dr. Brünnow told Tappan he envied the astronomer who would get to use it. Back home, Tappan offered the post of professor of astronomy and director of the new Detroit Observatory (named for Henry Walker’s band of donors) to two Americans. When both turned him down, it occurred to him that Brünnow might follow his telescope to Michigan.

Brünnow accepted, surprising his peers. But the great German naturalist Alexander von Humboldt assured any skeptical Americans that his friend Brünnow was serious: “He is attached heart and soul … to the intellectual progress of your noble country.” 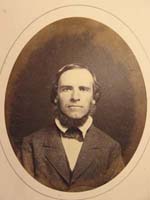 Brünnow’s photographs reveal a handsome, affable young man with “exceedingly lustrous dark eyes” and a high forehead, his gaze direct and confident. At 33, he was a rising star in scientific circles; he had been the first to compile tables of asteroids and he had been present at the discovery of Neptune. So Tappan’s recruitment of Brünnow was hailed as an extraordinary coup for such a young school on the American frontier.

Tappan saw no controversy in hiring a foreigner. “The republic of letters overleaps national boundaries,” he wrote later, and “the observatory we were founding was one of the highest rank in the perfection of its instruments, and required a master-hand to manage it. To place over it a man like Brünnow would make its success certain, would give reputation to our young University, and would be the surest means of raising up native astronomers.”

Scientifically, it was a master stroke. Politically, however, it was a problem.

In Ann Arbor, faculty and students welcomed Brünnow’s hiring as a badge of prestige. But in Detroit, the powerful owner and editor of the Detroit Free Press, Wilbur F. Storey, said the appointment of a Prussian confirmed his direst warnings. 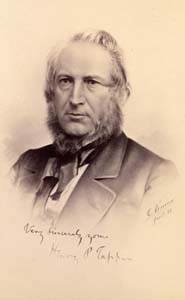 Storey was a frontier Jacksonian Democrat of the crankiest kind. He hated European aristocracy and was on the lookout for the slightest hint of European pretension in America. He was suspicious of Tappan’s kid-glove manners, his eastern accent, and his references to the Prussian university system as a model for the University of Michigan. He especially despised Tappan’s reference to himself as the University’s “chancellor,” the Germanic term for a head of state.

So Storey had started in on Tappan—”this Prussianized professor”—even before his trip to Berlin. Michigan needed a practical school, not a “high university,” he editorialized, and the president was “an unmitigated ass.” Democratic newspapers across the state quickly followed Storey’s lead.

The appointment of Brünnow, an actual Prussian, gave them new ammunition. When the choice was announced, Storey told readers the position had gone to a man “with whom, it will be recollected, ‘Chancellor’ Tappan slept while contracting … for an astronomical clock … ” Now, he snickered, the two would be able “to once more sleep in the same bed.”

Storey’s viciousness outraged Tappan’s allies in Ann Arbor and around the state. They cited the president’s admirable plans, defended his democratic credentials, and denounced the newspapers’ unfounded personal attacks. Tappan dropped the term “chancellor,” and a measure of peace was restored. 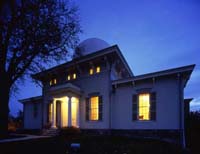 Brünnow, meanwhile, was already doing the work he had been hired to do. He installed the new optical equipment, using it to study the heavens and teach astronomy. His heavy accent made him occasionally hard to understand, but he wrote perfect English and began to publish important reports of his research.

Brünnow also was seen around town with the Tappans’ daughter, Rebecca, called “Barbie” by her family and friends. Though her father disapproved of women attending college, she was an accomplished linguist and later would publish translations of German poetry. “Dr. Brünnow and Miss Rebecca seem to be on excellent terms,” remarked Professor James Robinson Boise, and in 1857, three years after Brünnow’s arrival in Ann Arbor, the two were married, much to the approval of the bride’s father. “Two beings never seemed happier,” he remarked. Tappan would leave the presidency in 1863 after nine stormy years. Brünnow returned to Europe with his wife soon after.

Storey (since departed for Chicago, where he gained infamy as a “Copperhead” supporter of the Confederacy) had planted seeds of rancor against Tappan that flourished into battles with churchmen, legislators, and finally the Regents. But Tappan had laid the foundation for the modern University of Michigan, an elite institution devoted to both research and teaching and supported by the public. And Brünnow had put Michigan on the map as a center of scientific research. One of his protégés, James Craig Watson, succeeded Brünnow as director of the Detroit Observatory and became one of the foremost astronomers of his generation.”Tappan was the largest figure of a man that ever appeared on the Michigan campus,” said James Burrill Angell, U-M president from 1871 to 1909, “and he was stung to death by gnats.”