Coping with the personal aftershocks of disaster

Although she lives alone, the Japanese woman keeps a large pair of men’s shoes near her front door—part of her strategy to scare away stalkers. 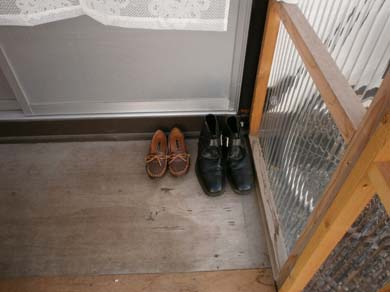 She began feeling threatened by unwanted visitors after she lost her home two years ago in Japan’s horrific triple disaster—the earthquake that triggered a tsunami and nuclear crisis. She was living in temporary housing when a repairman who fixed her bath began stalking her.

The woman’s experience is one of many reported in a case-finding survey that documents the ways women and children have experienced violence and exploitation in the two years since Japan’s tragedy. The study also proposes ways to address the problem.

“The study is the first of its kind in Japan,” says one of the researchers, Mieko Yoshihama, a U-M professor of social work. “Uncovering and documenting the actual cases, although they are just the tip of the iceberg, will help us understand the types of violence that happens as well as why and how it happens.”

Yoshihama says that previously in Japan, nongovernmental organizations have gathered anecdotal information about violence and exploitation after disasters, but their claims were not taken seriously and faced public criticism.

“So we wanted to conduct a scholarly study with methodological rigor that would withstand the public scrutiny,” she says.

Similar studies done after U.S. disasters—such as hurricanes Katrina and Andrew—show the problem is not unique to Japan.

“What is happening in Japan is very alarming, but the dynamics of the gender, power, and inequality are similar to those observed in other parts of the world,” Yoshihama says. “Unless we address these underlying issues, we cannot prevent violence against women after disasters.”

The survey involved questionnaires distributed to professionals who had direct contact with survivors via email, websites, and announcements at professional conferences and community forums.

Researchers collected 82 unduplicated cases that met their criteria: information reported by victims themselves or by informants who witnessed the violence, heard about it directly from the victim, or learned about it from a victim’s family member for cases involving minor victims.

The victims’ ages ranged from younger than five years old to older than 60. The majority of victims and perpetrators had homes that were destroyed or damaged, and one-third of them were living at an evacuation center.

One in seven of the victims and perpetrators lost family members or loved ones in the disasters.

The vast majority of cases were committed by individuals the victim knew, including those in positions of power. In some cases, leaders of an evacuation center demanded sex in exchange for food or other necessities. Volunteers and staff of rescue organizations were also reported as victims and perpetrators.

Women tend to suffer more in the wake of a disaster, Yoshihama says. They are more likely to lose their jobs. Relief funds are paid to the head of households, who are mostly men. Large evacuation centers lack privacy, making it difficult for women to change clothes, breastfeed, and hang-dry underwear.

“Another aspect that isn’t talked about a lot is the influx of men into the disaster area in search of jobs in construction or to do work for insurance companies,” Yoshihama says. “The men have access to the private residences of single women. In that context, many women are exposed to a heightened risk of being violated.”

That’s what happened to the single woman who put the men’s shoes at her door to discourage the repairman who was stalking her. When she went to the police and requested additional patrols, they turned her down, saying there was “no real damage.”

Someone at the police department suggested she buy the men’s shoes and leave them in an entry way. She also was advised to buy some men’s underwear, which she should wash and prominently display on a clothesline.

To prevent future violence, the study’s recommendations include:

The other researchers in this study were Azumi Tsuge, Tomoko Yunomae, Reiko Masai, and Keiko Ikeda with the Women’s Network for East Japan Disaster, also known as Rise Together. 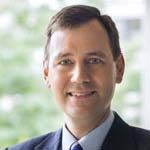