The professor and the spirits 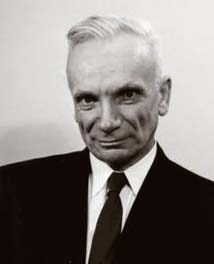 On Friday, May 15, 1936, at the start of the day’s session of History 112, “Europe in the 17th Century,” Professor Albert Hyma introduced a guest speaker, Mrs. Lillian Lee of Detroit. Mrs. Lee was in touch with departed spirits, Professor Hyma explained, and she had come to class to conduct a séance. 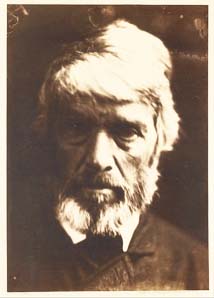 According to a student named Clark Norton, who took notes, Mrs. Lee began her remarks with the Lord’s Prayer, then asked the students for their “best thoughts.” She removed her glasses, shut her eyes, and began to speak in a voice purported to be that of Thomas Carlyle, the Scottish philosopher who died in 1881.

“Very good speech,” Norton jotted in his notes, though, like many an undergraduate, he did not bother to record the specific remarks.

When Carlyle was done, Mrs. Lee began to “gesticulate,” “shake,” and “weave around,” then spoke on behalf of the Italian monk Francis of Assisi (1182-1226). By the end of class, Thomas Aquinas (1225-74), Teresa of Avila (1515-82), and several other departed souls, including the Old Testament prophet Samuel and “a little Indian papoose,” had addressed the students.

According to Clark Norton’s notes, Professor Hyma stepped in at one point to offer a dictaphone.

“I have never had [the] privilege of using this before,” Mrs. Lee said on behalf of Thomas Carlyle. (View Norton’s notes.)

Professor Hyma had not invited Mrs. Lee to address his students in the “it-takes-all-kinds” spirit of a course in comparative religion. He was a true believer. The professor and his wife attended Mrs. Lee’s church in Detroit. He had made a study of the intersection of Christianity and spiritualism, including the Salem witch trials of the 1690s, and he chided modern readers for dismissing any and all claims of human commerce with the departed.

“We cannot admit that the Puritans were justified in their persecution of innocent persons accused of being accomplices of the devil,” Hyma wrote at about the time of Mrs. Lee’s séance. But that did not mean every claim of contact with spirits was false. “In our ‘enlightened twentieth’ century,” Hyma declared, “it has become customary to relegate all such narratives to the realm of idle fancies, although fortunately there are still with us a number of industrious investigators who know from their own experiences what can be done by the spirits.”

Rumors of Mrs. Lee’s appearance went around the campus, and a new name was suggested for LSA—the College of Literature, Séances, and the Arts. Professor Hyma was reportedly reprimanded by the dean, and no further séances were held in class. 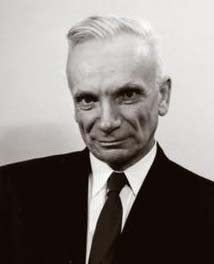 Mrs. Lee’s appearance in History 112 coincided with a distinct reversal of fortune in Professor Hyma’s career.

A native of the Netherlands, he had emigrated to western Michigan with his family as a teenager. After earning bachelor’s and doctoral degrees at U-M, he joined the history department in 1924 and was soon one of its rising stars. He published widely in late medieval and early modern European history and became an expert on the Dutch theologian Erasmus. He received U-M’s prestigious Henry Russel Award for outstanding young professors and a Guggenheim fellowship. He was even knighted by Queen Wilhelmina of the Netherlands for his work in Dutch history.

But in 1934, Hyma and his wife, Vera, joined Mrs. Lee’s nondenominational Church of Christ in Detroit. The Hymas invited Mrs. Lee to their home in Ann Arbor’s Burns Park neighborhood, where, according to Hyma’s later testimony in court, Mrs. Lee “helped him ‘contact the spirits.'” The Hymas “became deeply interested in religious and mystical manifestations and for a time were convinced Mrs. Lee did have ‘great mystical powers.'”

Hyma’s contributions to historical scholarship began to tail off, and by the 1940s he was writing general books with titles such as Music for the Masses and How We Become Good Citizens. An associate dean of LSA privately advised the chairman of the history department that Hyma “should not be encouraged to look forward to any promising future here at the University.”

When Hyma’s requests for pay raises were turned down, he accused administrators of holding a grudge against him.

He also sought financial advice from his pastor, Mrs. Lee, who—claiming guidance from spirits—advised Hyma to explore for oil under his farm near Grand Rapids; to retain his investment in an Ann Arbor paint company; and to mortgage his house to send $8,500 to free a “Mexican banker” from prison in exchange for a key to a strongbox holding $350,000.

Finally, in 1953, after the oil drilling failed, the paint company had gone broke, and the money for the “Mexican banker” had disappeared, Hyma sued Mrs. Lee. According to news reports, the purported medium said it was the spirits, not she, who had given the bad advice. But Hyma admitted “that his faith in the powers of the occult was ‘materially shaken.'”

A Wayne County judge threw out Hyma’s claim against Mrs. Lee, saying he was an intelligent man who had sought insight from spirits “with his eyes open.” But in 1955, a higher court ruled favorably on Hyma’s appeal, saying: “It is dangerous for this defendant [Mrs. Lee] to be giving financial advice to those who have faith in spirit voices.” In the end, Mrs. Lee was ordered to pay Hyma several thousand dollars.

Accounts of the “spook trial” triggered remarks about addle-brained intellectuals in newspapers across the country. But in the Michigan Daily, an editorialist found it ironic that Hyma should be the target of comedy in an era of solemn devotion to church-going.

What sorts of unorthodox behaviors did you witness in the classroom?
“The professor believed in multiple spirits capable of communication with the physical world,” the editorialist wrote. “The public believes in multiple spirits who keep quiet. Both professor and public have faith in their beliefs. The big difference is, Professor Hyma had a faith deep enough to place money on.”

Hyma retired from the faculty in 1962. He was acclaimed by former students who published a book of essays in his honor, one of whom called him “a great scholar and a great teacher . . . a man of widest historical interest and of unusually broad scholarship.” He died in 1978.

Sources include the papers of Clark Frederick Norton and of the College of Literature, Science and the Arts in U-M’s Bentley Historical Library. Albert Hyma’s writings on Christian spiritualism appear chiefly in Eternal Life: Christianity and Spiritualism (1939).