It is hard to believe, but by 2030 more people worldwide will die of heart disease, cancer, diabetes, and Sarcopenia (from the Greek, meaning “poverty of flesh”) than old age!

Most of the gains we’ve made toward living to an advanced age are related to improvements in hygiene, nutrition, antibiotics, surgical advances, and new drugs. But the greatest contributors to successful aging center on interactions with one’s environment and and how one chooses to live on a day-to-day basis.

This includes such factors as:

Secrets to a long and healthy life 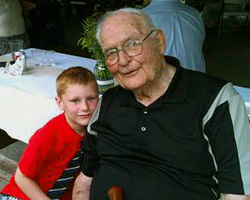 Through the years researchers have sought to identify a demographic and/or geographic area where people live measurably longer lives. But reports of exceedingly long-lived healthy people prove elusive to verify and, when identified, usually include only a few people. One of the more interesting research studies in the area was reported by National Geographic explorer Dan Buettner who traveled the globe to discover pockets of people with the highest life expectancy, or with the highest proportions of people who live well into their 10th decade of life, or longer. He called these places “Blue Zones.”

Buettner’s book The Blue Zones: Lessons for Living Longer from the People Who’ve Lived the Longest explores the secrets of long-lived healthy people and introduces the reader to the joy in aging . . . which is good news for those of us who have lived more than half of our natural lifespan!

Who are the longest-lived people?

Buettner, working with a team of demographers, anthropologists, and epidemiologists, identified five geographic populations that classify as true Blue Zones:

Characteristics of the longest-lived people

While people living in each of the above Blue Zones live and practice a lifestyle unique to their geography (and genetic ancestry), they also share common lifestyle characteristics that researchers know promote healthy longevity.

Sardinia, a Mediterranean island 120 miles off the coast of Italy, is home to shepherds who pasture their sheep across rugged, mountainous terrain. Sardinians have an intense dedication to family and community (probably due to the many times they have been invaded and occupied). It seems like all Sardinians maintain a positive attitude toward elders and have a strong sense of belonging to the earth. They also possess a keen sense of humor that probably is responsible for low rates of anxiety and stress. Sardinians consume milk and cheese from goats that feed on dwarf curry, a plant with known anti-inflammatory properties. They favor dark red wine and eat mostly a plant-based diet with fava beans, barley, and lots of vegetables grown in their own gardens. In addition they walk everywhere, starting at an early age. 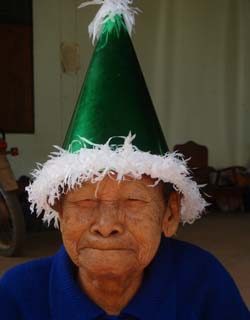 Okinawa is a Pacific archipelago 360 miles off the coast of Japan. Like Sardinia, Okinawa has been invaded several times. The people are fiercely independent and loyal, with strong family attachments and many long-time friends. Okinawans grow up with a tangible sense of purpose, called ikigai; this starts from an early age and gives meaning to their life and work. Until the recent advent of fast foods into their culture, all Okinawans maintained gardens, growing and eating a plant-based diet with herbs and vegetables rich in vitamins, minerals, and antioxidants like turmeric, ginger, and mugwort. The recent fast-food invasion has resulted in reduced gardening (hence less walking, bending, pulling, and lifting) along with a plummeting life expectancy. Recent statistics show some parents now outlive their children.

The Greek island of Ikaria is located 35 miles off the coast of Turkey in the Aegean Sea. The population migrated to the central area of the island, away from the sea, to avoid invasions from Persians, Romans, and Turks. This population, too, is rich in family traditions and values that favor long-term relationships. Most of the people are farmers or fishermen, which requires an active lifestyle. They consume a variation of the Mediterranean diet, eating whole grains, plenty of vegetables and fruit, a little fish, goats’ milk, olive oil, and red wine loaded with antioxidants. The people routinely take naps, connect daily with friends and family, and are keen practitioners of “relaxation.”

The Nicoyan Peninsula, 80 miles long, locates just south of the Nicaraguan border along the Pacific coast. Nicoya, an isolated region that until 2003 could only be reached by ferry, is trenched with sun, calcium, and magnesium-rich water. Its people share a keen sense of purpose centered around spending time with and providing for family and friends. They are people with deep faith, an active lifestyle (who get plenty of sleep, likely due to lack of adequate electricity), and a diet much like other Blue Zoners, plant-based and rich with rice, beans, corn (non-GMO, of course), and colorful fruits with more vitamin C than found elsewhere.

Loma Linda is 60 miles east of Los Angeles and home to more than 9,000 Seventh-day Adventists who have built a culture focused on health and longevity. Most Adventists are vegans or vegetarians and abstain from smoking and drinking alcohol or sugary drinks. When they do eat meat it is mostly as a side dish and always derived from grass-fed animals, not corn fed. Adventists are spiritual people who strictly observe the Sabbath from Friday to Saturday night, spending time with family, friends, and nature (often taking long hikes in the foothills). As a group, volunteerism is built into their lifestyle, and it is not uncommon for Adventists to be very involved with others who share similar interests.

Clues to healthy longevity from the Blue Zones

So there you have it: While those living in the Blue Zones are endowed with unique, singular characteristics owing to their geography, history, and perhaps genetics, they also share many common denominators that perhaps provide clues to how we can increase healthy longevity.

Most Blue Zoners don’t pump iron, run marathons, or join gyms, but they do move—often and all day long. They also:

…have an ikigai, a purpose and plan for life, a reason to wake up every morning.

…experience little stress, and the stress they do experience they dissipate easily.

…eat whole foods and a plant-based diet as the rule, rather than the exception.

…drink alcohol moderately, maybe one or two glasses of wine per day (preferably wine high in polyphenols, like the red Sardinian Cannonau).

…belong to a faith of some kind, or are spiritual.

…belong to the “right tribe” (that is, they are involved in a social circle that practices and supports healthy longevity behaviors).

The path to longevity 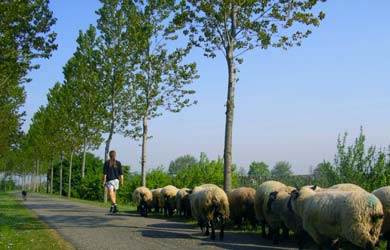 After reading the above, I know many of you are probably thinking, “How much difference, really, can I make in my longevity if I adopt some of these practices?” “What do I have to do specifically to increase my longevity?” “Is the prescription for adding years to my life realistic, especially if I’m older than a teenager?”

In September’s column I will answer these questions and others. I’ll discuss such issues as biological age—your body’s age, given your habits, current lifestyle, and your healthy life expectancy—and how many accrued years you can expect to gain by making some manageable lifestyle changes.