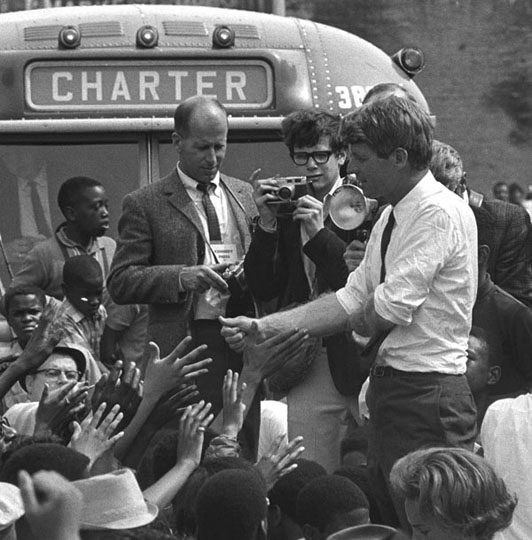 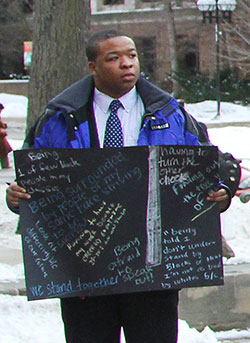 This month I spoke with U-M students, faculty, and alumni seeking to increase diversity at the University. Black students comprise about 4.65 percent of the undergraduate population, a number that has been steadily declining since the implementation of Proposal 2 in 2006, which effectively banned affirmative action at public institutions in the state.

The story begins in November, when members of the Black Student Union took to Twitter, launching the campaign Being Black at Michigan, or #BBUM, to unite a decentralized and disunited community.

On Martin Luther King Jr. Day, Jan. 20, members of the BSU took the movement one step further, voicing seven demands of the University administration, designed to increase minority enrollment and improve campus culture. Seems that “post-racial” society we envisioned with the election of our first black president has yet to materialize in the minds of these students.

Few could have predicted the whirlwind of events that would follow. A national dialogue exploded, as minority students at Harvard, UCLA, the University of Wisconsin, and more, launched campaigns of their own. Over the course of several weeks, our poised and articulate Michigan students were featured in the New York Times, CNN, and other national outlets, making the case for more diversity on university campuses.

Student leaders met with University officials, traveled to Yale for a standing-room-only panel on diversity, organized speakouts — all while going to class, completing assignments, studying for midterms, and planning spring break.

Ironically, more than a little online commentary by observers cast the student activists as whiny, undeserving brats, seeking special privilege and bemoaning imaginary oppression. Whether one agrees with their cause or methods, one must take the time to remember: These are Michigan students. Qualified to be here. Advocating for other qualified minority students to be here. They are extremely intelligent, driven, idealistic, and — lest we forget — young. Despite their age, they are surprisingly wise, mature, and open-minded. Mostly they are seeking to foster not a “post-racial society” but a “post-racist” one.

They envision a campus culture of mutual respect and dignity for all people, regardless of race, sexual identity, socioeconomic status, religious belief, or political leaning. And they understand they are dealing in complex issues — income inequality, a broken education system — that plague a modern society far beyond this campus. But this is where they are right now. And this is where their quest begins.

They are not the first to take up the cause. And they will not be the last. What the University administration can do to meet their needs is unclear. What is abundantly clear is that Michigan students have once again opened a provocative dialogue, ripe for debate, dissent, and progress.

Student activism has long been a characteristic of Michigan life, for better or worse. As I continue to comb through the Michigan Today archive, I discover so many amazing stories that predate me, including this wonderful photo essay edited by my predecessor John Lofy, with text produced by Alan Glenn. It features powerful images by a young Daily staffer named Jay Cassidy (1967-70), who has gone on to win countless awards for his work in still photography and film. Most recently he was nominated for an Academy Award for editing American Hustle.

We hope you enjoy this look back at another era in student activism and political tumult as Cassidy captured some of the life-changing events that have transformed our society.