A Worthy fight for justice 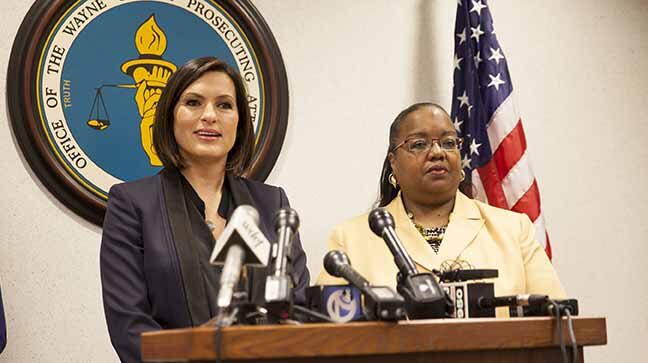 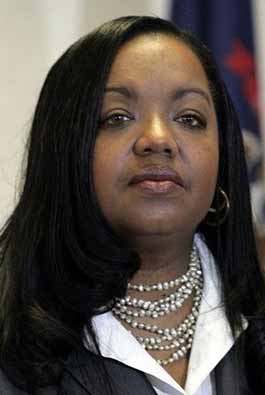 It sounds strange, she says, but that’s her job. “No matter how unpopular, no matter how hard it may be, you must stand firm on that,” says Worthy, the first woman and first African-American to hold the job of Wayne County prosecutor – something she’s done for 10 years.

Time is of the essence

Worthy wants to ensure justice for rape victims, whether they were assaulted yesterday or 30 years ago. In March 2014, she announced the Sexual Assault Kit Evidence Submission Act, which provides expedient analysis of sexual assault kits (SAKs) by prescribing processes and timelines for pick-up by law enforcement agents, and for testing by crime labs.

The ultimate goal of this new legislation is to identify and apprehend rapists in a timely manner, Worthy says.

“This legislation gives transparency and accountability surrounding this issue,” she says. “Law enforcement has a duty to make sure the important evidence contained in these SAKs is handled, tested, and analyzed in a timely manner, not only for the sake of the victim, but for the protection of the public.”

The impetus behind the legislation came in 2009 when a Wayne County Prosecutor’s Office representative was taking inventory at a Detroit Police Dept. (DPD) storage facility that had been taken over by the Michigan State Police (MSP). The procedure shed light on a shocking truth: Some 11,304 SAKs – dating back to the 1980s – lay dormant. A preliminary review revealed a majority of these backlogged SAKs had never been submitted to either the DPD Crime Lab or the MSP Forensics Lab for DNA analysis.

SAKs are performed in the aftermath of a sexual assault. They contain and preserve evidence. If the victim of the crime chooses to report the rape to police, evidence in the SAK can be a critical mechanism in bringing a rapist to justice.

“Through advances in science, DNA has given us a powerful investigative tool to identify and prosecute rapists,” says Worthy. “Testing the kits is one thing. But testing them doesn’t bring justice to anyone. They have to be investigated and prosecuted. Now we’re trying to get funded – investigators and prosecutors – to carry these cases to fruition.” 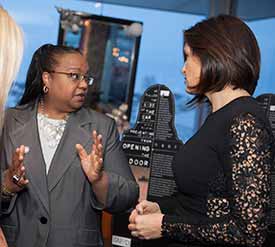 The latter is a nonprofit organization founded in 2004 by actress Mariska Hargitay. She portrays New York detective Olivia Benson on the long-running NBC crime drama “Law & Order: Special Victims Unit.” Hargitay’s Joyful Heart Foundation seeks to help real-life rape victims become survivors who are able to reclaim a sense of joy in their lives. The actress/activist also launched the nonprofit No More, a community and corporate effort to end domestic violence and sexual assault.

“When I travel across the country to speak out about the (SAK) backlog, I tell people to look to Detroit for inspiration for what is possible when a city makes a commitment to end their backlog,” says Hargitay. “By prioritizing rape kit reform, Detroit sends a fundamental and crucial message to victims of sexual violence: You matter. What happened to you matters. Your case matters.”

Hargitay has become one of Worthy’s staunchest allies in this endeavor, which has since gained plenty of media exposure – they’ve appeared together on NBC’s “Rock Center” and ABC’s “Katie” (hosted by Katie Couric) – and elicited more funding as a result. To date, Joyful Heart has donated $75,000 to fund SAK testing and provided services to people working with rape victims. Hargitay also is filming a documentary about backlogged SAKs, tentatively titled Shelved.

“[Hargitay] has chosen to give her time, attention, money, and resources to this. Her commitment is unwavering.” — Kym Worthy

“Mariska has been true to her word in everything she said she would do,” Worthy says. “She is extremely committed to this cause. She really is. That’s a very genuine thing for her. She came here and she doesn’t have to. She’s a successful actress on a long-running show that’s been doing very, very well. She can give her time to anything. She’s chosen to give her time, attention, money, and resources to this. Her commitment is unwavering.”

Gov. Rick Snyder, BGS ’77/MBA ’79/JD ’82, and Attorney General Bill Schuette have made $4 million available to test the SAKs. This money covers most of the balance for the outstanding kits. The State of Michigan also negotiated a smaller fee per SAK to be tested at crime labs.

“It’s been my hope that the people who were raped within the last 25-30 years will call and get involved,” says Worthy. “I want them to know that even though most victims didn’t get timely and swift justice, there’s a different attitude in Wayne County now about sexual assault than there was then.”

And justice for all

To date, approximately 1,600 SAKs have been tested, 59 percent of which have produced matches in the national DNA databank across 24 different jurisdictions and states. The process has helped to identify 87 serial rapists, with 10 convictions.

To Worthy, this is just the beginning.

“We’re projecting at least five years to get through this process, probably longer,” she says. “I’m very pleased with the fact that we’ve been able to locate all but one victim so far. I’m very pleased most victims want to go forward with their case. We certainly would never force a victim to pursue it if they do not want to.”

Worthy is no stranger to sexual assault. In 1980 she was attacked while jogging when attending the University of Notre Dame Law School. This crime went unreported.

“I have deep respect for women who have the courage to report their assault to the criminal justice system; it’s a very hard thing to do,” Worthy says. “I really think if it didn’t happen to me, I’d still be committed to this cause.

“What’s motivated me is I had potentially [more than] 11,000 victims who were brave enough to report these crimes, had gone through this exhaustive process, and had been virtually ignored by the criminal justice system,” she continues. “I’m responsible for prosecuting crime in this county. It didn’t even cross my mind that I shouldn’t delve into this and make sure we could bring justice to all the victims we could. There wasn’t even a second thought to do anything else.”