Should professors engage in public debate? 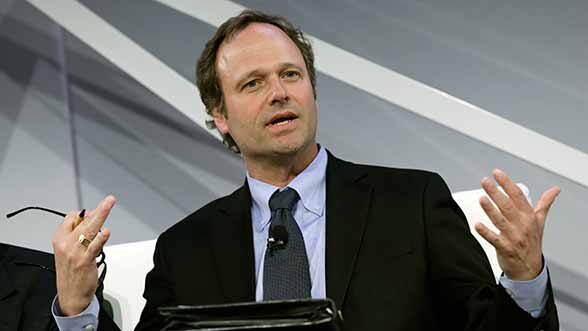 Andrew Hoffman, a U-M professor who teaches and researches business sustainability at the  Stephen M. Ross School of Business, frequently wades into the most controversial waters regarding climate change.

Knowing how and when to do so is something he has figured out through trial and error. Why more academics don’t speak up and what the ground rules should be for those who do is a little hazy. 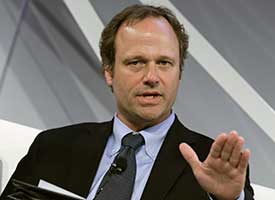 And as social media democratizes information, how do professors who are incentivized for publishing in scholarly journals participate? It’s a subject Hoffman has studied for the past year, surveying U-M faculty and presenting a series of brown-bag lunch discussions.

“I see so much public debate over issues – pick any one – and it’s not very well informed by scholarly voices,” says Hoffman, director of the Erb Institute for Global Sustainable Enterprise. “Not everyone should or can do this. But as a university, I think we need to start thinking about what it means to be an academic today and the different roles we can play in the knowledge generation and communication business we’re in. I really think the quality of the public debate would be improved.”

One thing working against academics is how they are compensated and incentivized. To obtain tenure, professors need to teach and publish research in academic journals. Writing op-eds, talking to reporters, and advising policymakers is rarely rewarded in academia.

In fact, Hoffman says, professors who appear in the media with some regularity face the risk of being  branded as “lightweights” in their field. And because it’s not valued, there isn’t much in the way of resources or training for professors who wish to get involved.

What do you think? Should professors voice their opinions in public media? Tell us in the comments section.

Some also responded that they fear the dangers of being misquoted, and 41 percent said media work was time-consuming and distracting.

“We should think about encouraging and training academics on how to engage in a public debate, how to talk to the media, and show them how to select the appropriate outlets,” Hoffman says. “I think the time is right.”

One reason the time is right is the way social media balances the playing field when it comes to dispensing knowledge. Hoffman says it’s rivaling academic research in its impact, whether information comes from an organization like the Cato Institute or simply a popular blog. 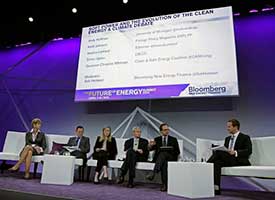 Hoffman regularly engages with the media and the public to provoke informed dialogue regarding his areas of expertise.

But many professors appear to be wary of social media. Nearly 40 percent of the U-M faculty surveyed say they do not and never will use Twitter for professional work, although 58 percent say they use Twitter and Facebook for personal use.

“Social media is changing our world, and we need to recognize that and figure out what to do about it,” Hoffman says.

Junior faculty are more interested in informing the public debate and using social media, but they have professional obligations first, Hoffman notes.

“We still have an apprentice model and you still have to earn your bones,” he says. “My advice to junior faculty would be to start slowly. Focus on the bread and butter, and get published in the academic journals. But keep your toe in the water. It’s not feasible to tell young professors to check their passions at the door and wait until they get tenure to reignite them.”

Hoffman hopes to get a national conversation going, fueled by his personal interest in raising the quality of public debates. He’s spearheading a national Michigan Meeting conference on the subject, scheduled for May 2015.

“I like to hover between the academic work and practice,” he says. “I wouldn’t be here if I didn’t like doing research for academic journals and teaching. But I also try to bring that to the real world. I don’t want to measure my career just by counting citations. I want to actually have an impact, and I suspect others do, too.”

Hoffman also is a professor of management & organizations; professor of natural resources; and the Holcim (U.S.) Inc. Professor of Sustainable Enterprise.

This story originally appeared at www.bus.umich.edu.