I’ve just completed a 5th edition of my Dictionary of Film Terms: The Aesthetic Companion to Film Art. Updating is always fun as I discover new terminology, as well as some older concepts that need a place in a comprehensive film dictionary.

Where does new terminology originate? Often it will emerge from an evolved cinematic technique. An example is the term “wire fu,” which is defined as “the super-heightened action movements of characters” in films such as Crouching Tiger, Hidden Dragon (2000). Actions are realized through wire and body-pulley devices popularized in action-packed Kung Fu movies, hence “wire fu.” 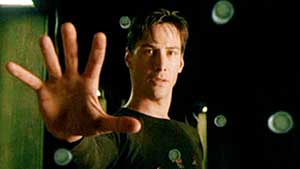 Another cinematic technique included in the new edition is “vertigo effect.” This describes a “visual in-camera effect that results when a backward moving dolly-out shot occurs simultaneously with a zoom-in of the camera lens.” In short, it’s a “dolly-out, zoom-in” shot.

The dolly-zoom technique alters perspective so that an object or character at the center of interest in the shot remains intact while the background — the visual space — grows in scope. The “vertigo effect” is named for a technique used in Alfred Hitchcock’s 1958 psychological thriller, Vertigo. Its application helped convey a sense of Jimmy Stewart’s intense acrophobic disorientation in the film’s climactic bell tower scene.

Recently evolved is another unusual camera technique known as the “bullet-time effect.” This is a visual effect achieved through virtual, digitally enhanced cinematography. A virtual camera can alter time to such an extensive state of slow motion that bullets fired from a gun — normally not caught by a standard motion picture camera — become visible. The technique also has been called “frozen time” and “dead time.”

The “bullet-time” technique has been widely used in science fiction (e.g., 1999’s The Matrix) and fantasy films to “freeze” a character or event in place while the surrounding action continues at normal speed. A good example of the “bullet-time” technique occurs in Tim Burton’s fantasy film Big Fish (2003) when Ewan McGregor spots the woman of his dreams at a village carnival. The young woman’s image suddenly freezes in place as if time is standing still. Meanwhile, McGregor’s character remains in real-time movement in the foreground.

Spike Jonze’s futuristic romantic comedy Her (2013) also showcases LED light boxes for light and color change control. The cinematic and theatrical possibilities of LED instrumentation are far and wide. LED-generated lighting and color usage also played significant enhancement roles in the opening and closing ceremonies of the 2012 Olympics in London and the 2014 Winter Olympics in Sochi, Russia. 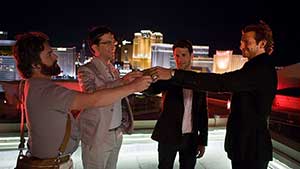 “Brocom” arrived first. It’s a term for a male-oriented comedy about “brotherly” friendship and ritualistic camaraderie. Special events — weddings, bachelor parties, vacations — create situations that can be quite bawdy in their display of men-with-men behavior. Female pursuit, sexual dalliance, and alcohol infusion are familiar comic elements in “brocom” classics like The Hangover trilogy (2009, 2011, 2013). By contrast, “bromantic” is used to describe a type of film in which the male protagonists are caught up in a more serious dramatic interrelationship. An unusually close, often intense alliance develops in the course of the film. The bonding of the two Formula One race rivals in Ron Howard’s Rush (2013) fit the “bromantic” prototype.

A new form of dialogue recently joined the scriptwriting realm. “On screen/off-screen dialogue” is defined as an exchange between an on-screen character and an unseen, off-screen character. The technique isn’t new, but its extensive use in recent acclaimed films, notably The Lunchbox (2013) and Locke (2014), made it worthy of a discrete definition. Locke represented a pure example of the technique. The protagonist, Ivan Locke, is seen on screen conversing on his car speaker phone with a dozen unseen characters during a “real time,” 90-minute trip from Birmingham, England, to London.

“Polyphonic film” is another new term, and it’s often used interchangeably with “multi-tasking film.” “Polyphonic” has been applied to complex narratives in which the lives of a sizable number of characters, often disconnected from one another, are treated on the screen for a mosaic view of human vagaries. Paul Thomas Anderson’s study of an array of joyless screen characters in Magnolia (1999) has been cited as a “polyphonic film.” An earlier example is Robert Altman’s Short Cuts (1993), a tale of 22 characters who populate nine Raymond Carver short stories. A Los Angeles setting provides the connective tissue among the intersecting plots. 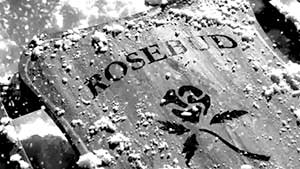 “Plot point scripting” as a concept for rudimentary development of a motion picture’s narrative plot gained new significance with the November 2013 death of renowned film professor, Syd Field. Field authored a number of acclaimed books on the process of screenwriting with “plot point scripting” first appearing as a major guidance tenet in Screenplay: The Foundations of Screenwriting (1979).

“Plot point scripting” can be defined as a schematic series of events in a screenplay that drive the narrative flow. Field maintained that well-constructed feature-length films often follow a three-act structural paradigm that goes something like this:

The first act introduces the protagonist(s) and reveals the complicating circumstances that initiate the story. During Act I, Plot Point I propels the narrative into a second act. The drama in act two intensifies through rising, often confrontational arcs that culminate in a major event, aka Plot Point II, that moves the narrative into a third act and an ensuing climax and resolution. At the time of his death numerous screenwriters spoke of the importance of Field’s “plot point” theories in the formative stages of their own careers. I felt the concept merited an expanded definition in the dictionary’s 5th edition.

The “plot point” scripting concept should not be confused with “plot plant,” another new term. “Plot plant” is defined as a narrative element that initially seems insignificant or trivial but has been “planted” in the script for later revelations of considerable importance. Cinema’s most iconic “plot plant” must surely be attributed to Orson Welles and Herman Mankiewicz, who scripted Citizen Kane (1941). Only in the film’s final minute does the viewer discover that “Rosebud,” the last word spoken by Kane on his deathbed, is the brand name of the snow sled young Kane had been playing with outside his parents boarding house when he was abruptly taken away to be properly raised and educated by guardians in the East. The sled represents a happy time, as well as the loss of innocence for a boy who ultimately would be plunged into a life of misery and loneliness.

The film franchise — on steroids? 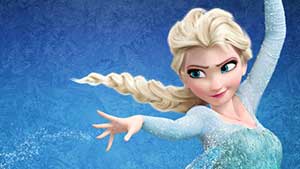 Frozen is the “trans-franchise” of the moment. (Walt Disney Studios Motion Pictures)

Finally, among the 50-plus new and expanded definitions is the term “trans-franchise,” an addendum concept for “franchise film.”

Franchise film is a well-known term for a motion picture produced as part of a licensed dramatic property that results in recurring treatment of a character (or characters): Spiderman, The Hunger Games, Star Wars, etc.

“Trans-franchise” is the term for the parlaying of trademark franchise rights into promotional marketing products — books, toys, games, posters, costumes, and other pop-culture artifacts that are available by mail, in book and toy shops, department and box stores, and often at fast-food restaurants.

The trans-franchising that has resulted from the popularity of the animated film Frozen (2013) is a cultural phenomenon unlike any other I can think of. (Well, since High School Musical.) One can only wonder how many millions of children appeared on Halloween night dressed in costumes inspired by Princess Elsa and Snowman Olaf. And that’s not the end of the story. During a recent visit to a Harlem children’s center in New York the Duchess of Cambridge brought up Frozen as a topic for engaging youngsters in conversation. Then the Duchess helped the children wrap holiday gifts, including a Princess Elsa doll and other toys inspired by Frozen.