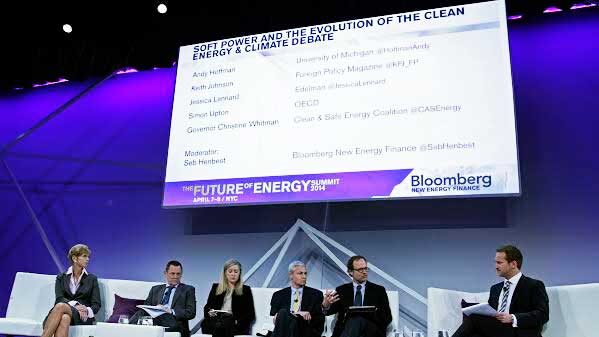 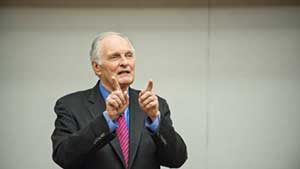 For years, actor Alan Alda entertained a massive audience playing a doctor on TV. In early 2015, he visited the U-M Medical School, coaching real doctors-in-training, faculty members, scientists, and other clinicians to communicate better with their respective “audiences.”

After his presentation, Alda solicited questions from the overflow crowd at Ford Auditorium in University Hospital. Almost all the queries were about how to persuade skeptical parents that vaccinations for their children are not only effective, but also safe. These students were clear about what they needed to communicate. They just didn’t know quite how to do it.

It’s a challenge that has long intrigued Alda. After his stint as Hawkeye Pierce on “M*A*S*H,” he hosted two public TV series designed to make scientific inquiries and achievements more intelligible to a broad audience. That led to the creation of the Alan Alda Center for Communicating Science at Stony Brook University in New York.

The fact that U-M engaged the Alda Center – and even that the center exists at all – speaks to an issue the academy in general, and scientists in particular, face amid an anti-intellectual clamor that is growing in volume, if not in size. Parents questioning the wisdom of vaccinating their children is but one example.

News reports of Americans’ ignorance of, and even contempt for, the scientific enterprise, are becoming increasingly common. Evolution is dismissed as “just a theory.” A recent National Science Foundation survey found that more than half of adult Americans think humans and dinosaurs lived at the same time, and don’t know that the earth orbits around the sun. The theme of the March 2015 issue of National Geographic was “The War on Science.”

The Alda Center is one of a number of university-based projects around the country – at Harvard, Duke, Villanova, Carnegie Mellon, and Delaware, among others – designed to strengthen the academy’s ability to tell a more persuasive and compelling story to politicians, policy makers, business leaders, and the general public.

“The public is on a blind date with science . . . We want to move to a close relationship.” — Alan Alda
With storytelling at its core, it makes sense that the Alda Center is part of Stony Brook’s journalism school. The techniques are familiar to any reporter: Put the important information first, don’t get mired in the minutiae, create a clear narrative, and know your audience.

While there is nothing at Michigan like an Alda Center, or Duke’s Forum for Scholars and Publics, several ideas and initiatives are cropping up across campus.

Most recently, the University hosted the 2015 Michigan Meeting, a three-day national conference at Rackham titled “Academic Engagement in Public and Political Discourse.” In the true spirit of scientific inquiry, organizers acknowledged that “beating the bushes” to find out what’s going on was a primary reason to hold the event.

“We’ve institutionalized this attitude of not engaging, of not being part of the public dialogue, and the reality is it’s easier to thrive in academe without doing this than if you choose to do it,” says Andrew Maynard, former professor and chair of environmental health sciences at the School of Public Health. Maynard is now on the faculty at Arizona State University.

The goal of the Michigan Meeting was “to find out where we should be, who is poised to be part of this, and where we need to change the institutional mechanics to make it happen,” Maynard says. 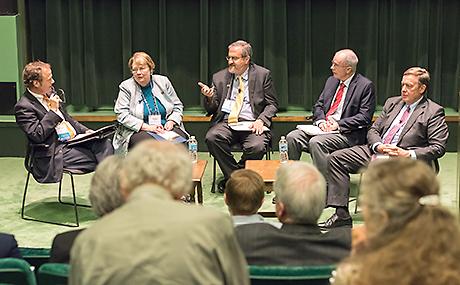 It’s been said that changing the culture of academe is like trying to turn a cruise ship with a teaspoon. And an institutional shift of this magnitude would require structural changes, training programs, incentives, and more. One of the biggest problems? Rewards within the academy for what has come to be called “community engagement” range from meager to nonexistent.

Andy Hoffman, the Holcim Professor of Global Sustainable Enterprise, holds joint appointments at the Ross School of Business and the School of Natural Resources and Environment. Ross has added “practice” to research, teaching, and service as a category for its annual performance review, he says, “but we’re still trying to figure out  how best to measure it. And one school can’t change the rules alone. If I spend too much time on engagement and this school doesn’t give me tenure, I need to be able to get a job elsewhere and I can’t do that unless all the schools do the same thing.”

That’s why he’s thrilled that the Michigan Meeting featured a panel discussion by four university presidents: Michael Crow of Arizona State, Philip Hanlon of Dartmouth, and Teresa Sullivan of Virginia, in addition to U-M’s Mark Schlissel. View the presidents’ discussion.

“To me, the fact that four university presidents wanted to address this topic speaks volumes to the import of this issue,” Hoffman says. “One university can’t do it.”

Concerns about the relationship between universities and the public they serve have been percolating for decades, Hoffman says. “I think we’ve entered an era where it’s time to re-examine what our role is, and what the norms of the academy are. There are questions about the value of the university in society. We need to demonstrate that value.”

“You need to speak the audience’s language … Don’t bury the lead.” — Professor David Fessell
The key is taking on a research challenge that captures the public’s imagination, says U-M’s David Lampe, executive director for strategic communication in the Office of the Vice President for Research. He is quick to point out that university research has had “a stunningly profound and extensive impact on the economic well-being and quality of life of society by almost any measure.” Think smart phones. Think biotechnology.

He believes the work at the Mobility Transformation Center (MTC) to develop driverless cars could be this generation’s Salk vaccine or lunar landing, transforming public opinion as it transforms the automobile.

Administered by U-M and located on U-M’s North Campus, the MTC’s objective is to build, by 2021, “an economically viable network of connected and automated vehicles on the streets of Ann Arbor,” Lampe says. “That’s a practical goal that requires an immense intellectual endeavor across many fields in the context of practical constraints.”

It’s also a goal that consciously seeks to make industry, government, and academia equal partners in investing in a transformative technology.

“It’s a marketing, regulatory, social, economic, legal, urban planning, and political challenge — not just a technical problem,” he says. “This is as big a revolution as the introduction of the automobile. I don’t think there’s ever been as ambitious and thoughtful a project coming out of academia.”

Beyond its own inherent value, the MTC could serve as a template for future projects.

“One of our goals is to find other areas like this where we can draw on our interdisciplinary strength and our relationships with companies and government to change society for the better,” Lampe says. “What are some of those things we could address that, in the process, would show the value and impact of what we do?”

A change is gonna come

The good news is that the current generation of students, researchers, and future academics has grown up in a world of ubiquitous connectivity and communication. Telling the world what you’re up to has never been easier.

“Look at the number of people writing about science on Twitter or making YouTube videos about science,” says Maynard. “They’re either young researchers at the beginning of their careers or people who are not part of universities, people who are excited about connecting with people outside their field. They see the value in it, they have the passion for it, and they’re going to do it even though the institution doesn’t encourage it. This sows the seeds for changing the culture within the academy. One of the challenges to the establishment is how do we become part of this conversation.”

“Look at the number of people writing about science on Twitter or making YouTube videos about science . . . they’re excited about connecting with people outside their field.” — Professor Andrew Maynard
For example, recent changes to the Medical School curriculum were largely prompted by alumni.

“They said our graduates need to understand how the health care system works, need some training in leadership, need to communicate better,” says Erin McKean, assistant professor of otolaryngology and neurology. She created the curriculum’s leadership component and helped bring Alan Alda and the Alda Center to campus. “A lot of it is based on what our alums told us.”

As a U-M alumna of both the business and medical schools, McKean knew what they were talking about. “They teach you all these things in business school about telling your story, marketing, understanding the customer. And I’m sitting there thinking, ‘Why am I learning this here? I should have been learning this in medical school,’” she says.

“There’s a big difference between talking to a ‘general public’-type audience versus an audience at a scientific meeting,” says David Fessell, professor of radiology, whose enthusiasm for the Alda Center workshop he attended at Stony Brook inspired his efforts to bring its program to U-M. “You need to speak the audience’s language, give examples and metaphors. Don’t bury the lead. Put it up front. That’s a huge concept that we try to teach our students and help them gain practice with.”

Breaking down the barriers

Hoffman summarizes the hugest concept of all, the one that encompasses any and all efforts to lower, if not demolish, the ivy-covered barriers to a meaningful conversation between the academy and the public it presumably serves.

“So many issues that affect us directly are based on scientific knowledge, yet two-thirds of the American public is scientifically illiterate,” he says. “Do we as a group of scholars have a responsibility to inform that debate, or do we yield to special interests, advocacy, and pseudo-science?”

“And if you think it’s important that we’re part of a public dialogue,” adds Maynard, “then you have to ask, ‘How do you change the institution to make it possible for people to do this so it doesn’t adversely impact their career?'”

While the answer remains unclear, one thing is certain, he says.