Close one door — open another

Victor Katch (fourth from left) celebrates his pending retirement with many of his former PhD students. (Image courtesy of Victor Katch.)

I’m hanging up my professor badge at the end of the month. I’m very apprehensive. Transitions are hard for me. Always have been.

I remember, as a little boy, leaving my New York City school when my family moved to California. My new school seemed so big, so different, so overwhelming. But then I met some buddies on the playground running around, crazy. I joined them, and continued to learn, laugh, and have fun with those same guys for the next three years. I didn’t want it to end, but junior high loomed on the horizon. I entered another new school and tried out for the basketball team. Even though I was the shortest guy there, I made the team — and a lot of new friends. Those three years went by really fast, too, and, once again, I didn’t want things to end.

But as I was beginning to learn: change happens.

Close one door – open another.

A time to every purpose

When I was just 13, my dad died on the operating table. He had lung cancer. I remember how frightened I was, wondering how things could continue when my hero was no longer there. But things did continue. It took time but I recovered and learned skills and abilities that helped me to better take care of myself, and others. I went on to gain new understandings throughout my high school years and learned much about myself. Eventually I could laugh and have fun again.

Then it was off to college, where, during my sophomore year I answered an ad soliciting applicants for the California State University Study Abroad program in Uppsala, Sweden. I was accepted as the sole representative from the Cal-State Northridge campus. (It turns out I was the only applicant from my campus … but who cared? I was going!) I worked three jobs that summer to pay for the trip. It was a glorious adventure that would forever transform my world view. I learned so much, I laughed and had fun every day. Once again, I didn’t want it to end, but I knew it had to. 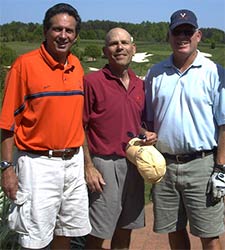 I returned home and finished school, eventually graduating with a degree in political science and physical education — but with few job prospects. As I thought about a potential career, it occurred to me that the people I most admired were generally professors and coaches. I had always wondered if I could one day become a professor. It seemed so cool and so much fun. So I did what a lot of college graduates in the ‘60s did: I applied to graduate school to avoid the draft and find a career.

My older brother had just finished his master’s degree and had been accepted into the doctoral program in kinesiology at the University of California, Berkeley. He encouraged me to apply for the master’s program at Cal. I wasn’t quite sure if I could cut the mustard at a school like Cal. But I did. It was difficult, enriching, and fulfilling. I couldn’t wait to get to school each day to learn new things, to interact with some of the brightest and most energetic people on the planet. Learning was fun. I laughed and had fun every day. I didn’t want it to end, but I knew it had to.

Close one door – open another.

I secured my first real respectable job on the faculty at the University of California at Santa Barbara, that idyllic spot right on the Pacific coast. I was living in a beach house, learning, laughing, and having fun. I was in heaven. But midway through my first year the university administration decided to close the program. “Are you kidding? How could they do this to me?”

But as the UCSB door closed, a position at the University of Michigan opened. My wife of two years and I filled our two-door 1970 Mercury Capri with all our possessions and headed East to Ann Arbor. Both of us had never been to Michigan and had no idea what to expect. We were both apprehensive. We arrived in Ann Arbor on a steamy, hot evening in mid-July, 1972. To our surprise there was a festival in town (probably one of the first Art Fairs) and there were no rooms available, so we drove around and slept in a nearby park under the stars. That park turned out to be Burns Park, which is now a stone’s throw away from the house my family and I have lived in for the past 30 years.

Close one door — open another 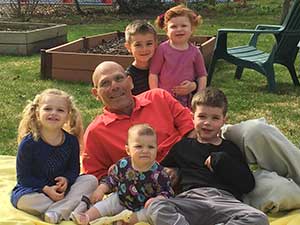 My tenure at U-M has exceeded all expectations. I was given the opportunity to be the first women’s basketball coach. I initiated and maintained a full research program for more than 30 years. I started and taught new courses on both the undergraduate and graduate level that are still going strong. My Exercise, Nutrition, and Weight Control class regularly enrolls 200+ students. I co-authored three college-level textbooks that continue to be used throughout the world. I contributed to the development of what is now the pre-eminent kinesiology program in the United States. And I have mentored a group of truly outstanding graduate students that remain close friends to this day.

I’ve learned many truths throughout my life’s adventures. Most importantly, impermanence is a natural part of life. The healthiest thing is to anticipate and embrace change, not fear it. Finding the positive always trumps worrying about the negative. And it’s so much better for your body and your mind. When you feel good, you can better engage in enthusiastic persistence (practice), which is a key requirement to becoming a lifelong learner. It’s important to make it a priority to laugh and have fun in whatever you do. Including retirement.

Now that another door is closing I am enthusiastic for what awaits me as the next door opens. I know this next phase of my life will be filled with learning, laughter, and fun. That’s all I know.

(Professor Katch may be retiring, but he will continue to write ‘Health Yourself’ for Michigan Today.)