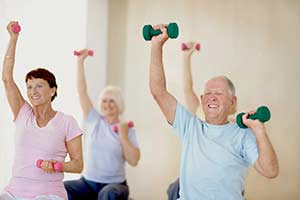 About 25 years ago a series of innovative experiments explored the effects of weight training on people between the ages of 70-100.

Researchers enrolled residents of a retirement home–some were bed bound, others were ambulatory–in a resistance weight-training study. They compared changes in muscle physiology with younger subjects who also weight trained. The results demonstrated that older muscle responded similarly to younger muscle, only the absolute changes were smaller. The findings led to a new perspective on the effects of exercise on aging and healthy longevity.

We now understand that muscle and its corresponding nerves exhibit the ability to physically and functionally change as a result of activity, age, or other factors. This plasticity characteristic of nerve and muscle has great implications for improved physical performance as well as resistance to immobility and other age-related declines.

The physical/functional changes in neural pathways and synapses due to changes in behavior, environment, neural processes, thinking, and emotions. Research suggests long- or short-term practice of meditation results in different levels of activity in brain regions associated with such qualities as attention, anxiety, depression, fear, anger, and even ability of the body to heal itself.Many of us know or have been introduced to meditators who report powerful subjective experiences. They often claim meditation radically altered their lives: The practice gave them a new sense of meaning and purpose, new values, and a new relationship with themselves and with other people.

Many of these meditation-induced phenomenological experiences often are dismissed (especially by scientists) because people have difficulty communicating their experiences with precision. This presents a dilemma to the researcher who needs some kind of verbal or symbolic representation to help quantify, label, and describe these “altered states of consciousness,” and then subject them to quantifiable research.

It is difficult to quantify an altered state, let alone measure it reliably. Often the researcher is the subject, observer, and experimenter–not an ideal scientific paradigm, at least in the west.

A recent search on PubMed for the term “meditation” returned 3,605 references. The term mindfulness returned 2,757 references. Ninety-five percent of these references appeared since 2000. Clearly, prior to about 2000, mainstream western scientists were not very interested in studying meditation. But that appears to be changing. 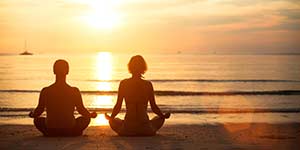 Most early research on meditation (prior to the 1990s) carried out in western laboratories and field settings focused on physiological and overt behavioral changes, i.e., meditation as a self-regulation strategy. This research focused on such physiologic factors as heart rate, skin temperature, arousal levels, and other obvious external measures; or overt behavioral changes, which were self-described using invalid and unreliable methods.

As expected, much of this early research reported mixed results. Some studies showed meditation to be no better than other types of self-regulating “relaxation” techniques. Yet in other experiments, meditation was shown to positively benefit participants, mostly based on self-reports, but these behavior changes seemed to coincide with positive physiologic results.

Much of the early research documented sub-groups of individuals for whom meditation had negative effects, neutral effects, or overwhelmingly positive effects. Moreover, the context in which these experiments were conducted and the expectation of the subjects were rarely described. Finally, the research measures to study neurological, cognitive, and emotional effects of meditation were in their infancy with unknown and often unreported validity and reliability.

Much of the research on meditation focuses on an individual’s subjective experience during meditation. In these studies, the subject reports various experiences or thoughts at regular intervals during the meditation session or at its conclusion. Overwhelmingly, this research finds   most subjects, with enough time and practice, report positive meditative experiences. These range from a general feeling of relaxation to an  “altered-state experience.” Often, subjects report their mood following their meditative experience differed from the mood brought into the session–evidence that meditation can be viewed as an altered state of consciousness. This assertion, until now, has been difficult to externally validate and correlate with objective measures of brain function. 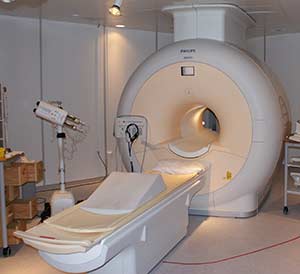 That has changed with the advent of magnetic resonance imaging (MRI), first introduced in the early 1980s and perfected in the 2000s (P. Mansfield and P. Lautebur received the Nobel Prize in 2003 for the discovery). MRI technology permits scientists to study neurological, cognitive, and emotional changes associated with the practice of meditation. It is also possible to incorporate valid measures of peripheral physiology (breathing, heartbeat, etc.) in order to understand how meditation practice influences the brain-body interaction.

Using MRI technology, researchers measured the thickness of the cerebral cortex of both groups. Results showed significant differences in the “distribution” of cortical thickness between groups across both hemispheres. This finding suggests regular practice of meditation associates with increased thickness in prefrontal cortical regions that relate to somatosensory, auditory, visual, and interoceptive processing. These data are consistent with the neural plasticity hypothesis. Researchers also found that with increasing age the frontal lobe in nonmeditators was thinner than that of meditators.

In another study researchers investigated how meditation might affect one’s ability to attend to a boring task during mid-afternoon, a time when attention often wanes. Results showed that 10 people taught to meditate for 40 minutes performed better on a test of attention compared with their own performance after reading for 40 minutes. Since too little sleep can impair performance on such tests, the researchers repeated the experiment after subjects had lost a night’s sleep. Meditation improved their performance even without sleep, a finding suggesting that meditation might give the sleepy brain an edge. These data supported results from another study of mostly Buddhist monks, which found meditation produced an increase in brain waves associated with vigilance, and activated brain regions involved in attention.

While the studies noted above leave little doubt of cognitive and behavioral differences between meditators and nonmeditators, they do not prove that meditation actually produced any of the reported structural brain changes.

A recent study that astonished even the most experienced neuroscientists offers preliminary proof that meditation can cause structural changes in the brain. In this study, MRI scans documented for the very first time in medical history how meditation produced massive changes inside the brain’s gray matter.

Subjects participated in an eight-week program of mindfulness meditation. They spent an average of 27 minutes per day practicing mindfulness exercises. This is all it took to stimulate a major increase in gray matter density in the hippocampus, the part of the brain associated with self-awareness, compassion, and introspection. The meditators reported reduced stress, which was correlated with decreased gray-matter density in the amygdala, known to play an important role in anxiety and stress. None of these changes were seen in the control group, indicating that they had not resulted merely from the passage of time.

The Tibetan word for meditation is “gom,” which means” to become familiar with.” Science increasingly shows the benefits we can enjoy by becoming familiar with states of mind that are beneficial to our well-being. Through meditation we can enhance such mental factors as concentration, compassion, correct understanding, patience, humility, and perseverance, among other mental attributes. Accumulating research supports the practice of meditation in promoting well-being and quality of life by contributing to physical changes in the brain.