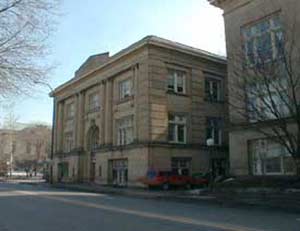 In 1965 the University of Michigan’s Speech Department first introduced film classes to its curriculum. These new offerings included a seminar in motion picture history and a production class in 16mm filmmaking techniques.

Professor Robert E. “Bob” Davis was the first instructor. (Davis was among the earliest PhD recipients in media studies at the University of Iowa.) When he left U-M in 1969 to become chairman of the Department of Cinema and Photography at Southern Illinois University I was hired to replace him.

I have very fond memories of my students and these courses (Speech 423-Intro and, a few years later, Speech 523-Advanced Filmmaking). My nostalgia has to do in large part with the fact that the task of teaching student filmmaking at Michigan at that time was challenging. It was probably much like the situation that confronted filmmakers in post-revolutionary Russia–scant resources but a compelling urgency for exploring cinematic art.

A heartwarming innocence permeates my memories when I reflect on those formative years in the Frieze Building. 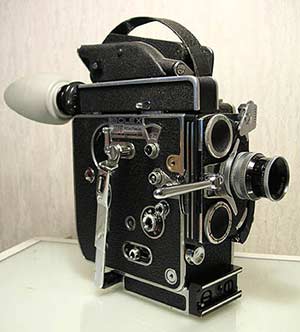 Students who enrolled in my first class in the fall of 1969 had available to them a couple of 16mm Bell & Howell cameras and two 16mm Bolex cameras. Both had spring-driven motors that, respectively, would permit one to shoot for 38 and 28 seconds while filming at 24 frames per second. To continue filming, one had to rewind the motor with a large crank key on the side of the camera. Long-take cinematography was outside the realm of possibility.

The Bell & Howell and Bolex cameras were loaded with 100’ daylight loading spools which would provide 2-minutes-47 seconds of exposed images when shooting at 24fps. Each camera contained a three-lens turret that conveniently rotated for changes in shot scope.

These cameras are now considered a classic part of early filmmaking history, and both were widely used by WWII motion-picture journalists. The Bell & Howell was popularly known as the “crash” camera among war correspondents because it was practically indestructible. Thus, it served student filmmakers equally well. 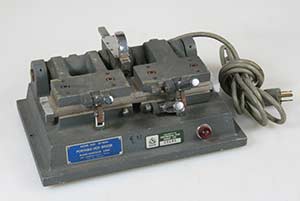 The film “laboratory” in the Frieze Building (which also doubled as the editing room) had once been–I was told–the dressing room for the women’s basketball team when Frieze was Ann Arbor High School. A small defunct shower stall worked just fine as a darkroom for loading film.

Four editing stations sat along a shelf at the dressing room’s back wall. Each station came with a pair of 16mm rewinds, a Moviscop film viewer, an editing bin for hanging disassembled shots, and various film splicers–“cold” and “hot.” Students preferred the Maier-Hancock hot splicer because it contained a built-in electrical element that facilitated the drying of film cement.

Students liked to keep their basic editing tools in a discarded cigar box. A typical kit would include a yellow grease pencil for marking splice points, a small pair of scissors for breaking down the film to produce a rough cut, a bottle of film cement, a single edge razor blade for removing tricky emulsion around sprocket holes, and lint-free cotton gloves. The gloves were essential in preventing the accumulation of finger-tip oil that was notorious for capturing dust and ruining images. Needless to say, the Frieze Building, already in an advanced stage of deterioration, was hardly a dust-free environment.

Students will remember that my introductory course was constructed around four progressive exercises, each focused on a different area of film convention:

Students executed each exercise in four-person teams with rotating roles: writer/director; cinematographer; producer; and continuity supervisor. Each writer/director also edited that particular film exercise. Students’ classmates, roommates, friends, or fellow fraternity/sorority members often populated each cast. In the final phases of the term each team developed a narrative, documentary, or experimental film for screening at a term-end “festival.” Soundtracks for that final project were “wild,” meaning they were recorded on and played back on 1/4-inch tape recorders.

Sometimes an unwitting filmmaker  reloaded an exposed (but unmarked) film spool into the camera with an end result being two perfectly realized sets of images when projected–one upright, one upside down. We presented edited films in their original glue-spliced edits—there was no money for laboratory printing–and too often a film would break apart during the screening, eliciting sympathetic groans from understanding students.

As I recall the young filmmakers gave it their all, soldiering on in spite of limited equipment and laboratory facilities. Even while working with scant resources and without the benefit of long-take or sync-sound capabilities, the teams still turned in memorable, engaging film work.

Two final projects from that first introductory filmmaking class of 1969 were especially memorable for different reasons.

Did you take Frank’s class back in the day? Share your memories in the comments below.
Those Who Can’t was a 12-minute tongue-in-cheek docudrama produced in a team headed by future Hollywood screenwriter/director Lawrence Kasdan. The film featured U-M English professor, John Rodenback, who was one of Kasdan’s favorite instructors. Rodenback provided an eloquent voice-over, wryly commenting on his interaction with students both in the classroom and in his Haven Hall office.

In one key scene, a female student in a miniskirt perches by his desk and Rodenback lights her cigarette (yes, students could smoke at will back then) as he explains his attempts to breathe intellectual life into his students. Those Who Can’t was both poignant and rich in humorous innuendo—features that would appear later in Kasdan’s notable films Continental Divide (screenwriter) and Body Heat (screenwriter/director). 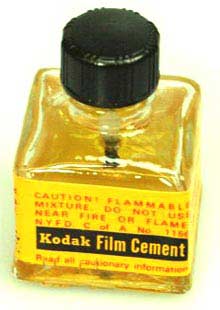 A key tool of the early trade.

Idol Worship/Idle Worship is another film that has stayed with me all these years. It fell into the experimental style of actualite film called “direct cinema.” Direct cinema proponents, striving for veracity in their documentary work, sought to minimize the presence of the camera–favoring unmoving, wide-angle views of a scene over hand-held, verite-styled shots. The idea was to emphasize and discover the subject(s) in the immediate environment and to maintain an aesthetic distance between filmmaker and film viewer.

Idol Worship took that concept to the extreme as two members of the production team tracked the Rolling Stones during a monthlong U.S. tour in 1969. Positioned on distant balconies the students captured unauthorized footage of a speck-sized Mick Jagger, and when the spring-wound camera ran out of film mid-performance, Jagger suddenly disappeared like a character in a turn-of-the-century Georges Melies stop-action trick film.

In the end there was really little to edit except the heads and tails of 100’-rolls of extreme long-shot footage that came in at about 30 minutes. I had to admire Idol Worship and the team’s tenacity in capturing some counterculture history in the making. And to their credit they did so a full year ahead of the Maysles brothers/Charlotte Zwerin documentary Gimme Shelter (1970), a direct-cinema exercise that covered the final, disastrous leg of the Stones’ 1969 tour.

Other memories of that fascinating era also come to mind. One day in the early 1970s, I received a phone call at my office in Frieze from a campus security authority who informed me that some students had requested access to the University’s underground tunnels. He was suspicious. No, I assured the caller, they were not radical left-wing Weathermen looking for a site to unleash some clandestine mayhem. They were just film students seeking a location for their “sci-fi” picture. 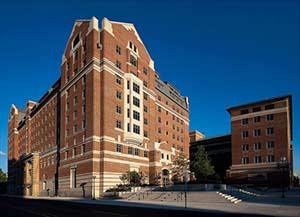 The ultra-mod North Quad sits in place of the Frieze Building today.

What I remember most about my two decades or so of teaching filmmaking at Frieze was the commitment of the students. They were dedicated, enthusiastic, clever, and, above all, anxious to prove themselves as aspiring artists. Untold dozens went on to successful careers as directors, writers, editors, cinematographers, special effects artists, producers, gaffers, and—equally gratifying for me—outstanding media and film instructors at colleges and universities across the country.

The elegant North Quad edifice sits in Frieze’s place today. It combines living, teaching, and office space for the School of Information, and the Departments of Communication Studies and Screen Arts and Cultures. Filmmaking is taught in the latter department where laboratory areas include professionally built studio sets; a large green-screen room with digital compositing capabilities; rooms teeming with portable film and video equipment; and television studios surrounded by state-of-the-art electronic control rooms.

North Quad is a far cry from the Frieze Building. And today’s Screen Arts and Cultures students have access to an outstanding teaching staff of 35-plus faculty members who provide instruction in production and scriptwriting practicums, along with a broad range of “studies classes”—with emphases in theory, history, national cinemas, technology, and media-and-society, among many others.

I am thrilled to share an emeritus office in North Quad, and am especially thrilled when students from a distant past stop in and I can show them just how far film and television education has come here at the University of Michigan.