'A new shadow on the earth'

The model of instruction 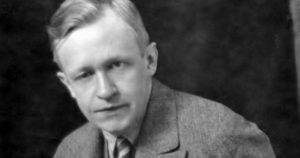 The University of Michigan will celebrate its bicentennial next year. For an eighth of that time, a quarter of a century, I served as director of The Avery and Jules Hopwood Award Program, which honors student writers in several disciplines: prose fiction, poetry, the essay, the drama, and screenplay.

Benefactor Avery Hopwood, BA ’05, gained acclaim in the early 20th century as the most successful playwright of the Jazz Age.

The first award ceremony was held in 1931. Long established and well funded, it stands as a model for others all over the country. And one of the principal pleasures of my time as administrator was the chance each winter and spring to hand out envelopes to aspiring authors that conferred, equally, cash and cachet.

By now the system of judgment and reward has grown so familiar that we take for granted the notion of creative work as part of formal education.

The very idea that creative writing is a discipline — and one that should be celebrated — was new when Hopwood made his bequest.
That the liberal arts are under attack — construed as irrelevant to wage-earning or at best impractical — is no longer news. Self-styled efficiency experts undervalue the value of art. Another way of doing so is to question its place in the curriculum, its utility as skill and relevance to “the real world.” Too, there are those who criticize the very practice of supervised study, who wonder if the academy has not somehow co-opted via patronage the independent artist. What began as a greatly daring endeavor has been reduced, they say, to unoriginal sin.

I disagree.  Free speech — as we have learned to our sorrow during this election campaign — is expensive and hard to maintain. Hypocrisy, imprecision, and flat-out lies abound. I believe a culture does itself no damage by attending to its language, and the idea that every phrase should and must be scrutinized is central to democracy. To be attentive to exactness is no small professional thing. And to honor those who honor it is to take a step — however small, however halting — toward the preservation of culture. We want our discourse, finally, to be full of resonance, of a transmitted tradition, and that’s my subject here. 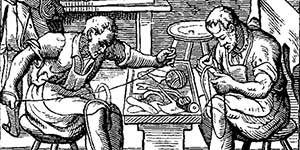 My model is and has long been that of the medieval guild: what the poet William Butler Yeats called a “singing school.” Since time out of mind, young writers have studied at the feet of established practitioners, and in many ways it makes no difference if they share a classroom. You don’t need to have a drink with William Shakespeare or travel with Gustave Flaubert or take tea with Virginia Woolf in order to profit from their example and acquire at least a few tricks of their trade. All writers are readers, intensively so, and many go to school by staying home with a book.

But more and more these years, and particularly in America, we’ve come to accept that proximity counts and that this craft — which must be learned — can in fact be taught. It’s a finite procedure, perhaps; the best writing teacher in the history of the business has never made a silk purse of a sow’s ear with no talent.  And — though this is harder to prove — the worst writing teacher has never destroyed a true gift. So what we at most are able to do is offer up assistance, to reduce the period of trial-and-error apprenticeship by providing a roadmap to those who embark on the road: “You might want to consider what X did here, you may want to follow Y’s lead. Consider what Z does with just such a technique, and see if it proves useful.” In fact, the generic title of the Hopwood Lecture Series is “Advice to the young writer.”

All over the country, in my travels, I still meet people who say — with manifest pride — that they came in third in the essay contest in 1961, second in the short story category in 1976, first in the poetry ranking in 1983, and so on and so forth. Always it’s accompanied by the misty-eyed memory of having been anointed, acknowledged as a talent. And often it’s the start of a career.

The idea that every phrase should and must be scrutinized is central to democracy … What do you think?
Most famously, perhaps, Arthur Miller, remembering the day he won his Hopwood Award in 1936, wrote: “Outside, Ann Arbor was empty, still in the spell of spring vacation. I wanted to walk in the night, but it was impossible to keep from trotting … The magical force of making marks on a piece of paper and reaching into another human being, making him see what I had seen and feel my feelings — I had made a new shadow on the earth.”

Not every winner, of course, will continue in the writer’s trade. Not every young player remains in the game or grows up to be Arthur Miller. But it’s possible, I think, to sense what an award like the Hopwood might signal, which seeds will sprout and which accomplishments enlarge.  There are musical prodigies who demonstrate talent when very young. There are chess players, gymnasts, ballerinas, and mathematicians who start near the top of the heap. Apprentice authors, however, take longer to declare themselves, and even if that declaration comes early — think of John Keats or Stephen Crane — it will take time to mature.

And that’s what we offer the undergraduate and graduate students of writing: untrammeled time to work. Such work includes the chance to emulate and profit from examples of those who went before. To advance from apprentice to journeyman laborer to masterful practitioner is to engage in a lengthy process that can rightly be called pilgrimage. It’s a serious matter, this study of language, and those who dismiss or devalue it are ill equipped to claim — whether political or artistic — expertise.

Pay close attention to what’s said and what you read and write.