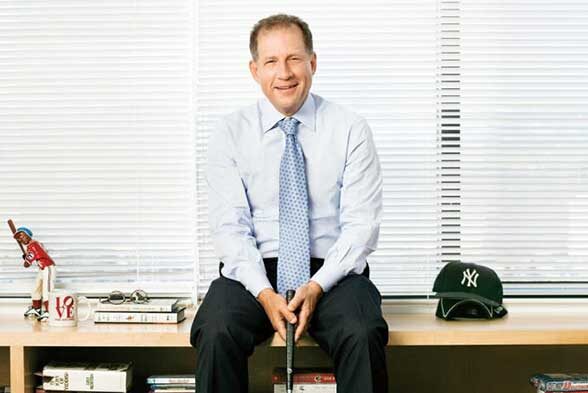 If your perception of a professional sports agent centers on greed, it’s worth considering the evolution of Arn Tellem, LLB ’79.

Representing both National Basketball Association and Major League Baseball players, the Michigan Law graduate excelled at getting the most for his clients.

“It was the idea that I was standing up and fighting for someone’s rights and being an advocate for them,” he says, referring to the start of his career. “In those days, that was what it was all about: that the players be treated with respect.”

The key measure, of course, was dollars — in Tellem’s view, getting his players their fair share. On that level, he was a perennial all-star, primarily in the NBA, where his clients included Kobe Bryant, Reggie Miller, and Russell Westbrook. More than once he was named among “the most influential” agents in the industry, managing some of the most massive salaries on record.

Tellem acknowledges now: “The pendulum has swung much more to a level playing field and [the players] are getting more closely the economic share that they’re due because they are the heart of the game.”

By August 2015, after representing more than 500 athletes during 34 years as an agent, Tellem felt the game passing him by; or perhaps he had moved beyond it.

“When I first started out as an agent I was like a big brother, not much older than my clients, and then I became like an uncle,” Tellem says. “Then I became like a father, and then like a grandfather. It’s really a young person’s business, and I could see that it was time. Much like an athlete, I didn’t want to hang around. I was fortunate to leave on top.”

What came next was an opportunity to help revive a city that reminded Tellem of his native Philadelphia: Detroit. He could help create a youth basketball league, renovate a recreation center, tutor inner-city kids — all as part of his new position as vice chairman of Palace Sports & Entertainment, a company that includes the Detroit Pistons.

“It wasn’t so much the basketball; I’d been in sports my entire career,” Tellem says. “The most interesting part of it was to make that connection to the community — and to do it here in Michigan, where I went to law school. To be part of a community that was going through this period of revitalization was the most exciting aspect of the job. The team allows me a greater platform to make that difference.”

Some of the initiatives to which Tellem has contributed during his first year with the Pistons:

“I have no nostalgia for the agent business,” Tellem says. “Had a great run. But I never wanted to be defined as doing just one thing in my life. I wanted to have a broad set of experiences.

“This is a great platform for keeping me stimulated intellectually, to challenge me,” he continues. “The ultimate payoff is that I get to help shape the future of this franchise, have a connection to the community, and can play a part in [Detroit’s] revitalization. To me, there’s nothing more satisfying than that.