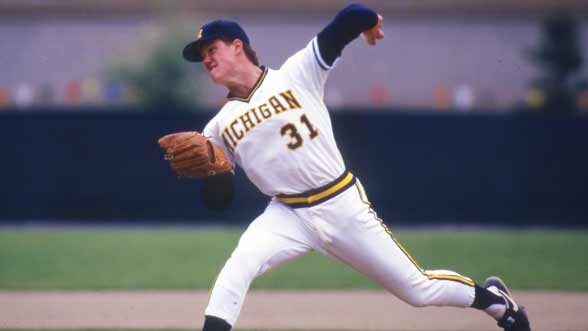 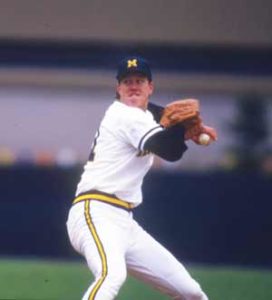 Fans of former Major League pitcher Jim Abbott are well-versed in the common lore that informs his legacy: After a stellar baseball career at Michigan, Abbott pitched for 10 seasons in the major leagues and threw a no-hitter for the New York Yankees, despite being born with only one finger at the end of his right arm.

But there’s also the time Abbott created something of an international incident and survived — despite the wrath of Bo Schembechler, who The New York Times once described as the Wolverines’ gruff and jingoistic football coach.

It happened in 1987. In his sophomore year at Michigan, Abbott pitched so well that he would become the first baseball player ever to win the Sullivan Award as the nation’s top amateur athlete. Then the left-hander was chosen for the U.S. team competing in the Pan American Games, an Olympic-style competition for the Americas that was held in Indianapolis that summer. Team USA was awarded a silver medal after losing the championship game to Cuba.

A few weeks earlier, however, Abbott and Team USA had traveled to Havana and made history. Abbott became the first American pitcher in 25 years to defeat the Cuban national team in Cuba.

And who did Abbott find himself kibitzing with at a reception but Fidel Castro — Cuba’s longtime communist dictator and politically the polar opposite of Schembechler.

Even if Abbott wasn’t aware of that dichotomy.

“A lot was made of the trip. We were the vast underdogs in the whole thing,” says Abbott, who now lives in Southern California and works as a motivational speaker.

“We went down there, and the stadium was packed with 50,000 people and Fidel Castro came out to say hello to us. I had a chance to meet Castro [at a reception]. I didn’t know my Cuban political history as well as I should have at the time. But things were cordial and he took an interest in my career.” 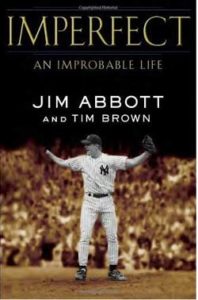 Back on American soil, Abbott answered reporters’ questions at a news conference before the start of the Pan Am Games. What would Schembechler think, one sportswriter asked, about a Michigan athlete consorting with Castro?

Abbott’s response appeared for all to see in The New York Times: “Actually, they have a very similar presence, except that Castro is bigger and wider. They both have a dictatorial presence.”

“Being stupid and young and dumb, I said, ‘Well, they’re kind of similar characters.’ You know, I mean the intimidating presences. They speak very closely. They get up in your face. I didn’t think anything of it.

“But I got back to Ann Arbor in the fall, and one of Bo’s friends on campus was the equipment manager for the football team, Jon Falk. He pinned me up against the wall in the athletic department and said, ‘What did you say?’ And I said, ‘What, Jonny?’ He said, ‘You compared Castro to Schembechler? Are you out of your mind?’ He said, ‘Schembechler’s pissed.’”

“So, sure enough, I avoided the athletic department for about a month-and-a-half and finally one cold day I was cutting through. Here comes Schembechler down the stairs. He got right in my face and asked me, ‘What is this Castro bullshit?’ Well, hey, Coach — I didn’t know what to say.

“It’s funny now looking back on it to know if he was really mad or not, but he looked mad and kind of shook his head and asked me if I was getting to class. I said, ‘Yes, sir,’ and he said, ‘Get out of here.’”

Catch up on Michigan Baseball in 2017.
Abbott survived that harrowing experience, relying on hard-won skills to cope with adversity. One of the messages he shares on the speaking circuit is a lesson he learned from his parents — “taking a realistic approach to challenge.”

“They didn’t try to say that things were perfect, or it’s always going to be good,” he says. “It was this idea that challenge was going to come and that I was up to the challenge. That’s what I share — challenge is a bumpy road, but you can do it. You have everything that you need at your disposal to handle what comes your way.”

Abbott, now 49, still relates to adolescents who are trying to fit in. He recalls being the only player on the freshman baseball team at Flint Central High School who didn’t get a hit the entire season. He encourages youths to find a passion like baseball, “my shelter,” was for him.

One of Abbott’s biggest challenges was confronting the loss of that shelter. He had thrown the no-hitter in 1993, but three years later his win-loss record with the California Angels was 2-18. By 1999, after a season with the Milwaukee Brewers and his fastball having slowed down, his career was over.

“The Milwaukee Brewers didn’t care that I had one hand or two hands or whatever. I wasn’t getting anybody out, and that was a realization that smacked me in the face,” Abbott says. I’m like every other pitcher on the team. The same is expected, the same is demanded. I wasn’t coming through and there was no excuse to hide behind. There was no shelter to seek. It was an interesting time — and a painful time.”

After adjusting for a couple of years without baseball and taking on the role of a new father, Abbott’s speaking career provides him new insights.

“It really helped me to look at the experiences that I had and be proud,” he says. “I was able to see the entirety of it a little bit better and be more proud of my career than just the way it finished. It does help you take a look at the whole thing and be grateful for it all, for the success and for the struggle.”