I want to tell two stories. In each case the issue of plagiarism is the problem posed. And in each case, long years thereafter, I’m haunted by the principals—the principles—involved. 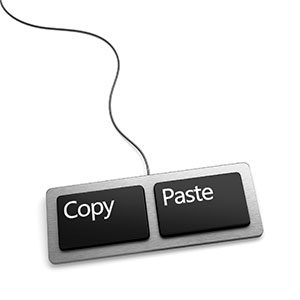 The first takes place in Bennington College, Vermont, in 1972. I offered an Advanced Prose Fiction Workshop, for which there were many more applicants than places at table, and I therefore asked for writing samples from those who hoped to enroll. Young writers at Bennington—soon to include such notables as Bret Easton Ellis and Donna Tartt—had a sense of being singled out and engaged in a high calling. The dozen I selected seemed glad and proud and nervous in nearly equal measure to come to our three-hour class. We met on Wednesday mornings to submit works-in progress, critique one another’s work, and talk about issues of craft. The discussions were lively and the participants engaged. Every creative writing workshop has its own dynamic; this one soon enough established a shared sense of purpose, with real talent in the room.

One young man—let’s call him X—was the exception. He seemed half-asleep and wholly inattentive. When it came time to discuss his own proffered work he roused himself, a little, but couldn’t explain his own artistic choices and bungled his characters’ names. Soon, X started skipping class—a major infraction in that context, and one I had announced I’d be unwilling to forgive. In what seemed to me a clear attempt to curry favor, he came to my office and declared he’d seen Mick Jagger over the previous weekend in New York: Mick sent regards. As it happens, I did know a number of performers, but Jagger was not one of them, and this put me on my guard. I made inquiries.

The boy was rich. He came from the West Coast. His father was a power-broker in the entertainment industry, and he had many—let’s call them—weaknesses of personal behavior. He did drugs. He dealt them out to other students or as an act of largesse gave the drugs away. He liked to chain his girlfriends to their dormitory beds, and if they complained he used the chains to beat them into something like submission. He kept guns.

Bennington was a permissive place, and the early 1970s were years of frank experimentation, but X went beyond the pale. If not a full-fledged psychopath, he was certainly a sociopath, and by his sophomore year he’d made large local waves. More than once he had been summoned to explain himself before the Student Judicial Committee—a committee, as the name suggests, whose charge was to pronounce upon infraction of the rules.

All these decades later I think of plagiarism as the line you cannot cross. Abandon all hope, ye who copy here.
There were few rules, and he proved agile in his own defense: The drugs were free and freely consumed, the girls had asked for bondage, and he was just a collector of firearms (the pistols and rifles in his possession were not used). He cited the Second Amendment. The sex had been consensual. Cocaine was common currency and others were involved. Much of his activity came down to “He said/she said,” and X had the wherewithal to be litigious if expelled. So the college imposed a form of probation upon him. He remained on campus and sometimes came to class.

All through the fall, however, he failed to provide prose fiction other than the stories with which he had applied, and when I warned him he’d not pass the course he shrugged and turned away. A few dull pages trickled in. Then, near the end of the year, his roommate Y came to my office and said he’d like to enroll in the Prose Fiction Workshop scheduled for next semester. I told him what I told all applicants, that he should show me a sample of prose, and I’d make a decision and post the list of those accepted for the spring. He said he couldn’t do that, and I asked him why. Y said I’d seen his stories, they were brought to class by X. I asked him to explain, and he said he loved prose fiction and was trying hard to improve on his own, but every time he wrote a page his roommate copied it and submitted it for workshop—which was why, not incidentally, X couldn’t discuss the motivation of his characters or even remember their names.

We threw him out of Bennington on the charge of plagiarism. That was the cardinal offense, the one rule he could not flout. Drug-dealing, guns, and rape did not engender expulsion, but the high crime of academe—copying the work of others—went beyond the pale. (X made headlines the next year for taking out a contract on his parents, hoping for an early inheritance, but the “hit-man” turned him in. Y never did become a writer, since his prose was second-rate.)

All these decades later I think of plagiarism as the line you cannot cross. Abandon all hope, ye who copy here.

The second story is an instance in which I myself was charged with plagiarism. In 1997 I published a novel called Old Scores and dedicated it to my long-standing agent, Gail Hochman. Not so loosely based on the story of Abelard and Heloise, it tracked the passionate and ruinous affair (much of it epistolary) between a teacher and his student in a place modeled on Bennington that I called Catamount College. The teacher of philosophy, Paul Ballard, played the guitar a little, and in later life had medical issues—trouble with his heart. The book appeared and sold some copies, earned a respectful review or two, and soon went the way of all less-than-best-sellers, disappearing from the shelf. 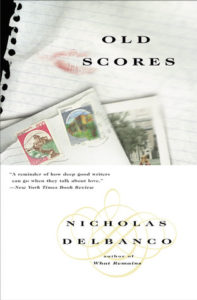 But it had been noticed by a woman in Chicago who filed suit for plagiarism of her own unpublished novel, which she argued I had copied. Her protagonist played the saxophone; his love interest had had a hysterectomy, and these two issues—the matter of music, the matter of health—seemed sufficiently akin to her so she assumed I must have read her manuscript. This would have been a nuisance suit, thrown out of court summarily, but for a pair of mitigating factors. First, she was indigent, representing herself against a well-heeled corporation (Warner Books was then my publisher) and the law does make provisions to give the poor their day in court. Second, she’d sent her own manuscript to the Brandt & Hochman Agency in the hope of representation; she had been refused.

As time wore on, I read her argument—handwritten, fairly percolating with insanity. She’d not in fact read Old Scores but a review of it in the Chicago Tribune, and that had been enough. It was clear as clear could be, she wrote, that Gail Hochman saw the value of her novel and stole the idea and gave it to me, a recognized author, to copy out in language of my own.

I thought this laughable but was told by Warner Books it was no laughing matter. By contract they assumed the first legal costs, though the process was an elaborate one and soon enough the limits of their liability would be reached. My agent and I would shoulder the ensuing expense of a lawsuit, and it would be large. Did I have any evidence to defend myself against the charge of plagiarism? What sources had I used? The 12th-century romance of Heloise and Abelard was admittedly in the public domain, but how could I prove that my lovers were not related to—indeed stolen from—hers?

Fortunately, I’d signed the contract for the novel before the complainant’s unpublished manuscript reached the desk of and was rejected by my dedicatee. We did have proof of the dates. There was no logical way her work-in-progress could have influenced my book. The lawsuit came to naught. But in its own improbable fashion it too raised the matter of originality and borrowing. If a character plays an instrument and falls in love, why could he not be patterned on every character since Orpheus? And if you somehow manage to have taken out a trademark of the title “Orpheus” why should you not file claim? As X had learned at Bennington, plagiarism is a mighty charge, not easy to dismiss.