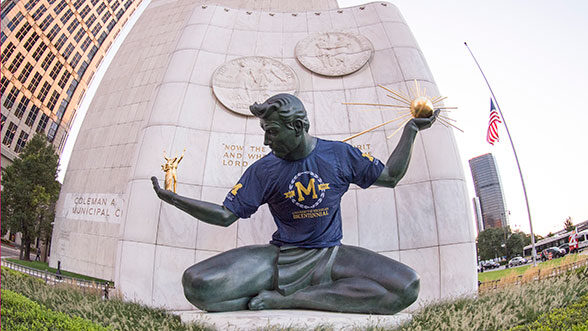 They say it’s your birthday!

The iconic Spirit of Detroit statue joins the University family in celebrating a joyous milestone this weekend. Watch (above) as the statue dons a massive bicentennial T-shirt to commemorate our founding in the city on Aug. 26, 1817.

It’s my birthday too, yeah

We’re gonna have a good time