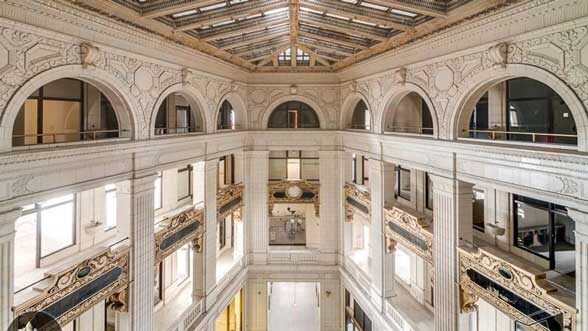 Through the looking glass

For a historic preservationist, Janet Kreger, BA ’72, spends an extraordinary amount of time focused on the future.

“Anyone who says I’m living in the past doesn’t know me,” says Kreger, who co-founded the nonprofit Michigan Historic Preservation Network (MHPN) in 1981. “I have a deep commitment to good contemporary design and new construction. Otherwise, what will historic preservationists 50 years from now put on the National Register of Historic Places?” 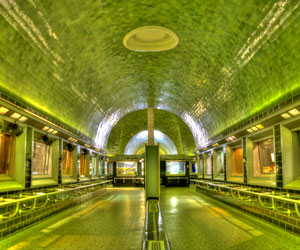 Kreger grew up surrounded by history. During leisurely summers on Harsens Island, she pedaled her bicycle past charming Queen Anne-style cottages, admiring their wraparound porches with turned posts, decorative brackets, and multicolored spindlework. On family vacations, her parents, Ralph and Helen Kreger, drove to famous historic sites, such as Fort Mackinac on Mackinac Island, where she and her brother, Rod, BS EE ’68, mugged for pictures in the stockades. Weekend excursions meandered through out-of-the-way towns, with frequent stops to read historic markers. Elementary school field trips took her to the Ford Rouge Center.

For Kreger, stepping through the looking glass of history revealed a magical world of centuries past. But she never thought about history being lost until one day in 1961 when she stood, at age 11, with her father in downtown Detroit to watch the demolition of the old Detroit City Hall, a splendid Italianate Renaissance Revival building completed just after the American Civil War. Every time the wrecking ball struck the cream-colored Amherst sandstone, Kreger saw a little bit of Detroit’s history and pride crumble along with it. Her father muttered, “What a waste.”

His words stuck in the back of Kreger’s mind. Eventually, they inspired her to devote her professional career, and nearly every waking hour, to historic preservation, which became “an anchor for her life’s work.” Over the last four decades, Kreger has spearheaded efforts to ensure that the state’s historic homes, neighborhoods, public buildings and commercial structures remain vibrant reminders of Michigan’s storied past and showcases for its rich architectural heritage.

“Anyone who says I’m living in the past doesn’t know me.”
“It’s a rare gift when a person finds her passion so early and remains committed to and excited about it for 40 years,” she says.

Kreger gained an appreciation for American history during classes with U-M professor Gerald Linderman and earned a graduate degree in historic preservation at Columbia University. Rather than staying in New York, she returned home to help safeguard Michigan’s architectural patrimony by advocating for the restoration of its historic gems, both grand and modest. During her 12 years with the State Historic Preservation Office, from 1976-88, Kreger inventoried 34,000 historic properties, nominated 3,250 properties listed on the National Register of Historic Places and worked with 25 Michigan communities to establish local historic districts and protective ordinances. 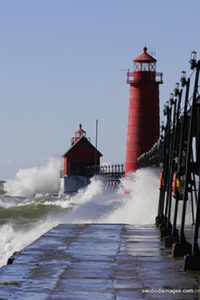 In 1981, she co-founded and co-led the MHPN, which has jump-started preservation efforts with educational programming, traditional trades training, and incentives for preservation. The MHPN also has participated in high-profile restoration projects, including Broderick Tower and the David Whitney Building in Detroit, the Eastside Armory in Lansing, and the Kerr Block in Coldwater. In addition, the network holds preservation easements, which legally protect historic properties from inappropriate changes, on familiar landmarks such as the Book Cadillac Hotel in Detroit, the Willard/Peacock Building in Grand Rapids, and the Bowers Harbor Inn and Bowery north of Traverse City.

“Economically, historic preservation is an effective revitalization tool,” Kreger says. “It’s like colonizing. When you restore one building, it’s more likely the next-door neighbor will restore his building too.”

Kreger notes the healthiest neighborhoods in Detroit tend to be the historic districts, such as Indian Village and Boston-Edison, where there is a high concentration of restored vintage homes. This same restoration-driven community resurgence is now transforming Detroit’s Jefferson-Chalmers neighborhood, which last fall was named Michigan’s first National Treasure by the National Trust for Historic Preservation. So-called “heritage tourism” also attracts visitors and generates revenue for communities and the state. 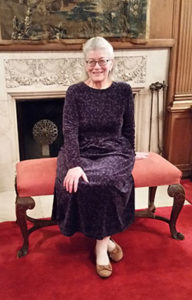 Kreger switched her career trajectory in 1987 to do major-gifts fundraising, first at U-M and then at Michigan State University, but continued to put in 40 hours a week as a volunteer with the MHPN. This dedication earned her numerous accolades, including the Historical Society of Michigan’s 2012 Distinguished Volunteer Service Award.

Being a historic preservationist is not all about burying one’s head in dusty property-record files and combing through daunting mounds of legal paperwork, Kreger insists. It’s also about looking up and discovering the amazing architectural beauty and historic significance of the world around you.

During her undergraduate years at Michigan, Kreger often sat and read by the Botticino-marble fireplace in the Gold Room at Martha Cook residence hall (1915). On spring days, she strolled through the Law Quadrangle (1924-33) to admire its striking English Gothic buildings. The elaborate brickwork along the top of the Graduate Library (1920) often caught her eye.

Kreger also fell in love with the signature works of Albert Kahn, HLLD’ 33, whom she calls the “face of the U-M campus,” and the “architect of Detroit.” Of the 23 structures Kahn designed on campus between 1903 and his death in 1942, her favorite is Angell Hall (1924), followed closely by the Burton Memorial Tower (1936) and Hill Auditorium (1913). 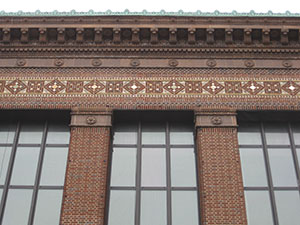 “Angell Hall’s architecture is a classicism Kahn chose for the look of many of his buildings at U-M,” Kreger says. “He did not kowtow to or duplicate classical buildings in antiquity. Rather, he made these structures into something distinctively U-M. He also gave then-President Marion Leroy Burton an architecture that was supportive of the academic enterprise on campus.”

In Detroit, Kreger’s first pick among the many Kahn buildings that have been placed on the National Register of Historic Places is the Fisher Building (1929) on West Grand Boulevard. Created as a soaring urban monument to the Fisher brothers who revolutionized the automotive industry, this city-within-a-city delights the eye with its stepped-back facade and colorful barrel-vaulted interior arcade. Another favorite is the Belle Isle Aquarium (1904), where sea-green Pewabic tiles on the vaulted ceiling evoke a dreamy underwater feeling.

Even for a veteran historic preservationist such as Kreger, serendipitous discoveries still make her heart skip a beat from time to time. These “ah-ha” moments include such “reveals” as the removal of a 1960s “cheese-grater” metal façade from a Bay City building that exposed a handsome red-brick Romanesque exterior and the rediscovery of a leaded-glass central-court ceiling in a Neo-Renaissance office building in downtown Detroit.

The word retirement is not in Kreger’s lexicon. Since leaving her job at MSU in 2011, she has redoubled her work with the MHPN, stepped up her speaking engagements and research, and penned countless articles and blogs on various Michigan history topics.