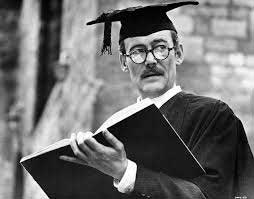 Each of us has had a teacher; all of us are students. Whether home-schooled or in charter school, parochial or public, private or military, every American man, woman, and child has — or is supposed to have — access to education. The goal of universal literacy is part of our national creed. Thomas Jefferson construed it a cornerstone of democracy that there be an educated populace; so too did Benjamin Franklin, and the Founding Fathers were a learned crew.

I have spent my life in school, first as a student, then teacher. We no longer offer classes in penmanship or grammar, but the writing of poems and stories is sanctioned in the syllabus. Things change. And though there are those who question it, it seems to me inarguable that such a course of study yields positive results. We do ourselves no damage by attending to our rhetoric; the reverse is also true. Inaccurate language, whether critical or creative, can do actual harm. When we fail to attend to precision and the truth of discourse, we put our nation at risk.

These last two paragraphs are earnest generalities; let me be specific. Those brave claims need some spelling out, and in the way of such things the “spelling” is personal, private; I want to celebrate a mentor who may be by others forgotten but stays vivid in my head. His teaching continues to matter, though the teacher is long dead. Almost all of us, I think, have some equivalent memory — a person who said or wrote something that made a difference once. 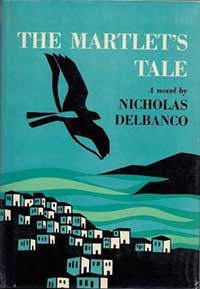 In the early 1960s, Harvard College tolerated the practice of creative writing but did not construe it a legitimate course of study. I majored in another discipline and only toward the end of my time there took a writing course. My teacher was Mr. — not Professor — Theodore Morrison, a wiry man with a shock of white hair and map of New England inscribed on his face. He carried a green bookbag and rode a bicycle to class in all sorts of weather. He told me he didn’t mind winter but disliked mud-season, the spring. When not residing in Cambridge, he lived in Ripton, Vt., a village in the hills above Middlebury where the Breadloaf Writers’ Conference took place (and for which he served as director from 1932 to 1955).

Mr. Morrison was, it turned out, a close associate of Robert Frost’s, whose private secretary was Kathleen Morrison, “Ted’s” wife. He published several novels and books of poetry and a critical study of Chaucer; his friends included such literary luminaries of the period as Bernard de Voto and Wallace Stegner, but he was a modest man and not given to name-dropping. In class, he was (to use a later formulation) “laid back” and largely non-directive, yet he scrutinized our prose and poetry effusions with close care.

Back then I was beginning what would become my first book. In the fall of senior year I was working on The Martlet’s Tale and trying on prose styles for size. The novel takes place in Greece, on the island of Rhodes. It was lyrical in the extreme. I wrote a rhapsodic passage in which I celebrated village life — the fishermen come onto shore after a long day of work on the water, and dragging their caiques up the beach to safety on the shingle and emptying their holds of smelt and sea urchins and fish for purchase and spreading out their nets to dry and building a fire with which to roast a portion of the catch and drinking ouzo and retsina wine and tuning and plucking their bouzoukis while they serenaded the countless stars above, the moon rising, the smoke rising, the song rising, their women beside them on blankets joining in the chorus and finally, as midnight drew nigh, taking their loved ones back up the beach to the huts beneath the olive trees where they, limbs entwined, embracing, fell together into their small little beds…

Mr. Morrison was kind. He praised the scene, the detailing, the romantic flair of it. I preened. And then he said, “I only have one question. Nick, do the beds need to be both small and little?”

At which point my whole verbal house of cards collapsed. All these decades later, when I write “small” and “little” in an adjacent phrase, I cringe as when I learned from Theodore Morrison that less is decidedly more. 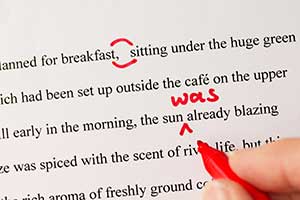 In his old age, he withdrew to Amherst, Mass. He would die at 87, in 1988. Near the beginning of that decade, Harvard Magazine published a profile of Morrison in retirement, where — when asked if he had any regrets — he suggested he might have better spent his time producing his own creative work than enabling that of others. I was moved. I wrote him, declaring I was certain I was not alone in having profited from his instructor’s generosity. I had in fact dedicated an early novel “To Theodore Morrison” and continued, I wrote, to learn from his example.

Almost by return mail, he answered, saying that he’d followed my career, was pleased by it. His handwriting was small but legible, firm and unchanged, filling the page. In gratitude I wrote him back and enclosed a copy of my most recent book, a collection of short stories called About My Table. Again, with dizzying promptness, he responded: He admired story B, he liked story A well enough, if he understood what I was getting at in story C, it might have been useful to deploy a third person narrative; he did not care for story D. He applauded the second paragraph of page 43, he disagreed with my choice of adjectives on page 179. And so on and so forth.

I imagine he must have been lonely and grateful for something to do. Nor can I pretend I agreed with all his critiques. But the care he’d lavished on his letter was nothing short of inspirational. Once a teacher always a teacher: it’s a hard habit to break.