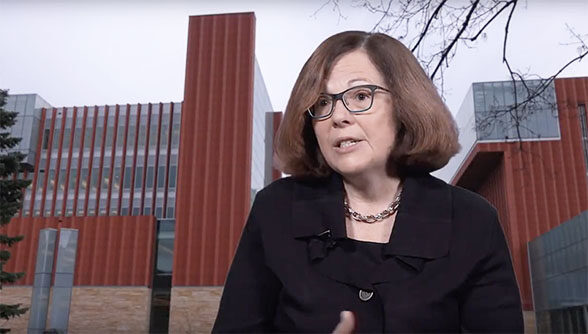 Professors in the Stephen M. Ross School of Business offer some insight and wisdom about everything from equal pay and gender diversity to new trends in social media. Read on to learn what our own business experts predict for the near future.

Cindy Schipani is a professor of business administration and business law at the Ross School of Business. Her primary research interests are in the area of corporate governance, with a focus on the relationship among directors, officers, shareholders and other stakeholders, as well as pathways for women to obtain positions of organizational leadership.

Schipani: I hope the day moves up to at least sometime in March. Equal Pay Day occurred on April 4 this year. This is the day when the average woman has made up for salary losses due to gender-based pay differences. Put another way, women needed to work slightly over three extra months to catch up with men’s salaries. The day fell on April 12 last year.

The pay gap is only one example of stubborn, gender-based disparities that still exist in the workplace despite the anti-discrimination measures of Title VII of the Civil Rights Act of 1964 and the Equal Pay Act, which have been on the books for over 50 years. (Read the entire Q&A.) 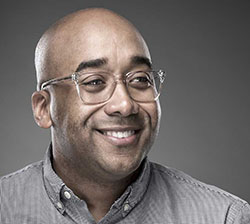 Marcus Collins is a lecturer of marketing at Michigan Ross. His expertise centers on the cognitive drivers that impact consumer behavior. He’s senior vice president of social engagement at Doner, a Southfield-based advertising agency.

Guest: Are some prominent social media platforms — Twitter and SnapChat in particular — losing their footing? Neither make money, and Twitter is taking heavy criticism from Congress and some users.

Collins: Social media platforms are certain to ebb and flow. Much like any social environment — bar, club, etc. — people populate them and move on to the next one. It’s not until a platform transitions into a utility that it has real staying power.

Facebook, for example, has transcended novelty and now provides immense utility by both being one of the greatest distributors of news and decreasing the natural decay of network ties. Instagram’s filters help photography novices take aesthetically pleasing pictures, which provides a wealth of utility.

In the case of SnapChat, its ephemerality and filters provided the platform great novelty, but once that novelty was exhausted and then copied, the luster started to fade. The platform has also suffered from its inability to seize the momentum it generated early on and convert it to sustainable revenue through ad products.

Twitter is an interesting case because it oscillates between utility and novelty, which creates both opportunities and challenges for the platform beyond its business model woes. (Read the entire Q&A.)

Popularity of Affordable Care Act makes it hard to repeal 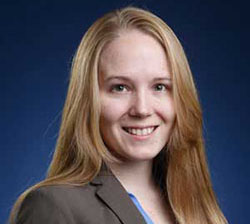 Sarah Miller is an assistant professor of business economics and public policy at Michigan Ross. Her research focuses on the effects of health care policy and how other policies affect consumer credit and financial outcomes.

Guest: The pace of sign-ups for healthcare.gov remains strong, though the time frame is shorter. Why is interest still high despite attempts to repeal and/or replace the Affordable Care Act and change it around the edges?

Miller: Sign-ups so far this year have outpaced the number of sign-ups that occurred by the same time last year, despite the fact that the Trump administration cut the advertising budget by 90 percent this year. This is partly due to the fact that insurance companies have stepped up to fill the marketing gap. About 41 percent of people report seeing an ad from a health insurance company during November of 2017 and such advertising has been shown to significantly increase sign-ups.

Ironically, another reason why more people are signing up has to do with recent changes made by the Trump administration that originally intended to weaken the law. President Trump ended payments promised to insurers to lower deductibles and out-of-pocket costs for low-income consumers buying a “silver” plan. As a response, insurers increased their premiums for these plans. But because the subsidies that consumers get are linked to premiums for silver plans, this caused subsidies to go up — creating “zero premium” plan options in many states for subsidized consumers.

However, the open enrollment period was cut in half this year: It ran from Nov.1 to Dec. 15, rather than Jan. 31 as it did in 2016. Additionally, there is usually a big boost in sign-ups as the deadline approaches, and this may look different this year given the cuts in outreach. This is especially true since nearly 25 percent of voters believe the law has already been repealed. Despite robust growth in sign-ups so far, I would not be surprised if we see that fewer people sign up in total this year once the open enrollment period has ended. (Read the entire Q&A.)

The future of business education

Jerry Davis is professor of management and organizations and associate dean for Business+Impact at Ross. He shares his thoughts on how business education is changing to embrace the societal impacts of business. His research is broadly concerned with corporate governance, finance and society, and new forms of organizations.

Davis: This is one of the fascinating things. We have an incoming class of 422 MBAs that’s 43 percent women, representing 45 countries and with an average GMAT score of 716 — the highest number we’ve ever had. It’s a tribute to get such qualified candidates. When they are asked what industry they want to go into after graduation, the biggest category is consulting. The second is social impact.

Impact is not a hard sell for our students. It’s not like we’re trying to get them to eat their vegetables against their will. Making an impact on society is what they want. My goal is to help us think of business as a means to achieve that. (Read the entire Q&A.)