Caffeine is one of the most widely consumed and studied ingredients in the food supply. Yet many falsehoods, misconceptions, and inaccuracies abound regarding caffeine’s health benefits. Recent estimates indicate more than 85 percent of U.S. adults regularly consume coffee; it represents the major source of caffeine intake worldwide. So, as a rule, when we talk about caffeine consumption we are referring to coffee and tea. 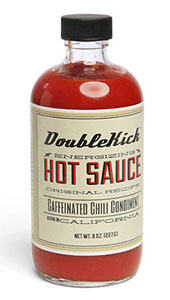 Caffeine shows up in the strangest places.

Caffeine occurs naturally in the leaves (or beans) of more than 60 plants. Its bitter taste deters some pests and can prove toxic for several insects and animals, especially herbivores. In addition to its presence in coffee and tea, caffeine also presents naturally in cocoa beans. Thus, caffeine is found in most chocolate products.

It’s no secret that synthetic caffeine appears in soda and energy drinks. But you may be surprised to learn it also is present in other food and non-food products such as juice, chewing gum, water, cookies, hot sauce, candy, beef jerky, mints, syrup, shampoo, soap, lip balm, eye cream, body scrub, and body lotion. Marketers claim these products provide energy and alertness. Some even promise “age-defying” results.

Caffeine also exists in many over-the-counter pain relievers and prescription drugs. Its vasoconstricting (narrowing of blood vessels) and anti-inflammatory effects act as a complement to some analgesics. In some cases, caffeine can increase the effectiveness of a pain reliever by up to 40 percent. Medications that include caffeine are used in combination with other substances to treat migraine headaches and menstrual cramps. Caffeine may be used to reduce seizure duration in electroconvulsive therapy; to treat respiratory depression in neonates; to treat postprandial low blood pressure; and, in some instances, to treat asthma and gall bladder disease.

The table below presents the caffeine content of different caffeine-containing drinks, snack foods, and over-the-counter medicines. 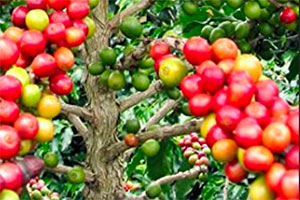 The botanical name of the hardy, self-pollinating coffee shrub is coffee arabica, which originates in Ethiopia. The Persian physician Rhazes (854-925; generally regarded as one of the greatest healers and medical philosophers of the medieval era) appears to be the first person to cite coffee in his medical manuscripts. The people of Yemen were the first to cultivate the coffee plant; the people of Turkey were the first to roast the green coffee beans.

The Canon of Medicine, written in 1025 by the famous Persian physician Avicenna, appears to be the first text mentioning coffee as a medication. In the 15th century, Muslim dervishes began diffusing coffee to provide the energy needed for devotional exercises. In the late 17th and 18th centuries, coffee use in Europe became increasingly common as shipping routes expanded.

Scientific evidence regarding caffeine and health 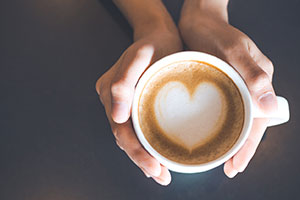 Below is a brief review of caffeine’s major effects on different aspects of human health. This list is not inclusive. I have tried to give a balanced overview based on the best research I could find. In many instances, I use the term “coffee” to infer “caffeine” intake. While it is true that coffee contains many properties other than caffeine – like polyphenols and trigonelline, which can exert health effects – most research on caffeine uses coffee consumption as an analog for caffeine consumption, computing average values for caffeine in a standard cup of coffee.

Potential beneficial effects of caffeine rely on the assumption that coffee may have antioxidant and anti-inflammatory actions that, over the long term, protect against subclinical inflammation and chronic diseases triggered by inflammation. Human studies have demonstrated (with few exceptions) a modest reduction of inflammatory markers with low to moderate coffee consumption. Affected markers include interleukin 6, tumor necrosis factor-α, interferon-γ, and trans-forming growth factor-β.

Coffee and the gut microbiota

The anti-inflammatory effects of coffee also may impact the gut microbiota. I discussed different aspects of the gut microbiota in a previous Health Yourself column. Evidence from cellular, animal, and human studies shows that coffee induces changes in the structure and function of the gut microbiota, modifying the ratio among major gut substances in favor of an anti-obese profile, as well as enhancing other antioxidant properties.

Research suggests a robust association between coffee and the reduction of general cancer risks. For example, coffee’s phytochemical compounds, along with caffeine, have been shown to exert beneficial effects at the cellular level — specifically during the early stages when a normal cell transforms into a malignant cancerous tumor. In addition, coffee consumption may exert benefits at individual cancer sites. In cases of colorectal cancer, the effects of coffee consumption are related to the excretion of bile acids and neutral sterols into the colon, alteration of microbiota composition, and an increase in bowel mobility. Research also indicates coffee consumption can reduce cell mutations by helping the body metabolize carcinogenic compounds.

In a review of 59 studies consisting of 40 independent cohorts that compared individuals who did not or seldom drink coffee, increasing consumption by 1 cup of coffee per day associated with a 3 percent reduced risk of cancers. Low coffee consumption also associated with a reduced risk of bladder, breast, mouth/throat, colorectal, endometrial, esophageal, liver, leukemic, pancreatic, and prostate cancers. 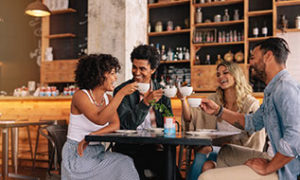 Coffee has been shown to positively impact mental health.

Coffee consumption and direct caffeine intake also have been associated with decreased risks for a number of metabolic outcomes. Consistent evidence has demonstrated the beneficial effects of coffee compounds on insulin and glucose metabolism, notably a reduction of fasting plasma glucose concentrations, increased sensitivity to insulin, and slowing the appearance of glucose in the bloodstream after consuming sugar.

The positive association between coffee consumption and cardiovascular outcomes may be the result of caffeine’s beneficial effects on cardiometabolic health. Most cardiovascular benefits of coffee are thought to be related to its antioxidant effects. It reduces low-density lipoprotein (LDL) oxidation susceptibility, which is a key step in the development and progression of atherosclerosis. Caffeine also increases nitric oxide production, which expands the blood vessels, increasing blood flow and decreasing plaque growth and blood clotting. In addition, caffeine is able to scavenge harmful superoxide radicals in the body.

Coffee has been demonstrated to decrease the risk of gallstone disease and possibly kidney stones. Experimental studies show coffee enhances various gallbladder functions and decreases cholesterol crystallization in bile. Also, the anti-inflammatory effects of coffee are postulated to play a protective role in the pathogenesis of lithiasis.

Caffeine’s benefits in the mental health arena relate to an increase in alertness, attention, and cognitive function. Caffeine even elevates mood  in some individuals. In 2001, the Institute of Medicine’s Food and Nutrition Board Committee on Military Nutrition Research reported that ingesting 150 mg of caffeine enhances cognitive performance for at least 10 hours. While there is no consensus, a growing body of data shows that in some individuals moderate caffeine intake associates with reduced depressive symptoms, fewer cognitive failures, and lower risk of suicide. Similarly, numerous preclinical studies show that caffeine delivers neuroprotective effects by slowing cognitive decline and progression of disorders related to aging and dementia. Several large longitudinal clinical studies in different countries report that regular moderate coffee consumption associates with less memory loss during normal aging. Finally, large cohort studies of men and women have found an inverse relationship between caffeine consumption and the risk of Parkinson’s disease and Alzheimer’s disease. 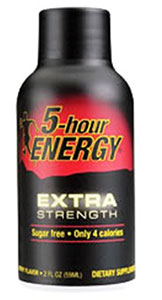 Adolescent and young adult males are most at risk for adverse effects of caffeine.

Coffee and caffeine are not without negative side effects. Potential cumulative effects of caffeine on behavior and physiology is well documented, particularly among populations potentially vulnerable to its negative effects. Pregnant and lactating women, children, adolescents, young adults, and people with underlying heart and other health conditions are particularly susceptible to caffeine’s negative impacts. In most cases, symptoms of caffeine intoxication (now included in the Diagnostic and Statistical Manual of Mental Disorders) can be made when any 5 of the following symptoms are present: restlessness, nervousness, excitement, insomnia, flushed face, diuresis (you keep passing urine), gastrointestinal disturbance (upset tummy, diarrhea), muscle twitching, rambling flow of thought and speech, tachycardia or cardiac arrhythmia, periods of inexhaustibility, or psychomotor agitation.

Death from caffeine ingestion is rare. Between 2005-11, some 79,438 emergency room visits were attributed to overconsumption of energy products containing high levels of caffeine in patients aged 12 years and older. In most of these cases, the mechanism seems to be high doses of caffeine-induced heart arrhythmias.

Finally, with the rising popularity of these so-called energy drinks, we are learning more about adverse health events that come with overconsumption. Adolescent and young adult males are most at risk for adverse effects, the most common of which affect the cardiovascular and neurological systems.

The table below shows a summary of some of the more important caffeine effects on health outcomes in humans. Positive evidence exists that low to moderate coffee consumption has beneficial effects for a number of chronic diseases, including cancer and various cardiovascular, metabolic, and neurological conditions. Adverse effects are mainly limited to individuals who are susceptible to high doses of caffeine, particularly pregnant and lactating women, those with elevated blood pressure, and those with confounding variables like smoking, alcohol, and drug use.