The vagaries of human behavior 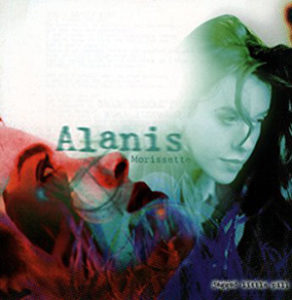 Ironically, pop singer Alanis Morissette was criticized for misusing the term in her 1995 hit “Isn’t it Ironic?”(Warner Bros.)

The term irony derives from the Eirôn, a clever stock character who enlivens Greek comedy. From play to play the Eirôn repeatedly employs self-deprecation — feigning shortcomings and lesser intelligence than he actually possesses — to outwit and get the best of the arrogant and boastful Alazon, a stock character opponent.

Eric Partridge’s Usage and Abusage: A Guidebook to Good English (1942, rev.1973) says, “Irony consists of stating the opposite of what is meant.”

Film critics often use the term to describe on-screen plotting in which the characters suffer crippling disappointments and unexpected setbacks. These plot circumstances, however, do not in and of themselves constitute irony. The American Heritage Dictionary maintains that for literary or dramatic expression to be ironic it must suggest larger lessons about the many vagaries of human behavior. And these larger lessons will occur when the intent of what is being conveyed is carried by opposite meaning.

Unlike literary irony, screen irony is communicated through any number and combination of artistic channels: actor persona, dialogue, camera technique, directorial and tonal styling, editing, and sound strategies. Cinematic irony in motion picture storytelling has wide and unique possibilities in a variety of theoretical categories: verbal irony, dramatic/cinematic irony, situational irony, symbolic irony, and temporal irony. One should keep in mind that, whatever its form, irony comes in a shared, intimate relationship between the film and its viewer.

This particular viewer has observed the aesthetic mechanics of cinematic irony in classic older films and much-lauded recent motion pictures.

Room at the Top

Dialogue and soundtrack juxtapositions can create irony indirectly, especially in a scene where one verbal element suggests the opposite meaning of another verbal/sound element. 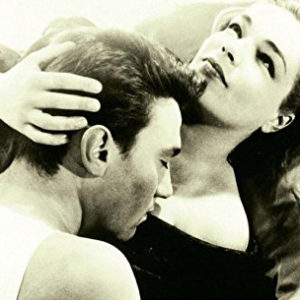 This type of verbal irony occurs through dialogue and sound effects in the final scene of the great British “angry-young-man”- styled film, Room at the Top, made in 1958. Protagonist Joe Lampton (Laurence Harvey) leaves his North Country village for new opportunities in an industrialized Yorkshire City. Born into poverty, he is determined, at all costs, to ascend (metaphorically) to “a room at the top.”

Working as a treasury clerk, Lampton enters into a convenient, status-seeking relationship with the daughter of a wealthy factory owner. Simultaneously he falls deeply in love with an unhappily married woman, Alice (Simone Signoret) — a French ex-pat. Just after Lampton and the sensuous Alice commit to a life together, Lampton learns from the factory baron that his daughter is pregnant. The wealthy magnate promises Lampton an important job at the factory if he marries his daughter. Remorsefully Lampton abandons his plans with Alice.

Irony rears its ugly head at an office party celebrating Lampton’s departure and impending marriage. He overhears two office clerks whispering that a drunk Alice has crashed her car and died. Celebrants suddenly surround Lampton, popping champagne bottles and offering congratulations. A co-worker begins humming the “Wedding March.” Lampton stands amid the crowd, his body and face immobilized as he absorbs the tragic news. He achieved his professional goals but destroyed the woman he truly loved.

Room At the Top ends with the couple’s ill-fated wedding. As the groom sheds tears, his new young bride, on a final note of irony, misinterprets Lampton’s response as a “sentimental” kickoff to their blissful union. 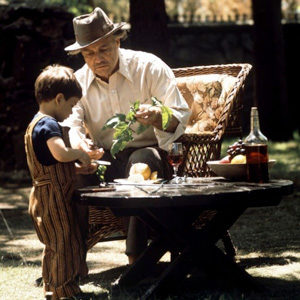 Cinematic irony also can arise from an artfully constructed scene in which contrasting and incongruous narrative elements belie its ultimate significance. The death of Don Vito Corleone (Marlon Brando) in The Godfather (1972) is a case in point.

In one scene, Corleone and his young grandson engage in toy “gun play” among rows of tomato plants. Corleone stops to peel an orange — a favorite fruit which earlier in the film had nearly caused his death by ambush when he got out of his car at a fruit stand on the street. To amuse his grandson, Corleone shapes the orange peel into a ghoulish set of teeth, an ominous image. When the two return to the rows of tomato plants Corleone suddenly collapses. The grandson giggles, thinking his grandfather is playing dead. When Corleone doesn’t respond, the child flees.

The death scene’s lighthearted construction and playful use of symbolic objects associated with Corleone’s life as a mafia don create a scene rich in situational irony.

Call Me by Your Name

The interplay of contrasting cinematic tones, stylistically and emotionally, can result in another form of ironic awareness. 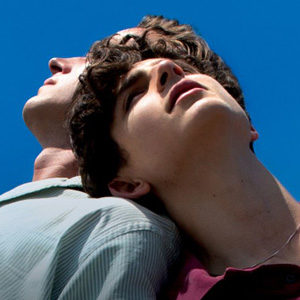 The 2017 coming-of-age film Call Me By Your Name comes to mind. Set in 1983 in Northern Italy, the narrative follows the developing relationship between 17-year-old Elio Perlman (Timothée Chalamet ) and 24-year-old Oliver (Armie Hammer). Oliver is a doctoral student and summer intern for Elio’s father (Michael Stuhlbarg), an archaeology professor.

The film’s shifting tonal ruminations evolve through Elio’s initial resentment of Oliver’s disrupting presence in the family home, to Elio’s efforts to stifle romantic feelings for the intern, to Elio’s brief and passionate affair with him.

Critics described these shifting phases and the film’s finale as piercingly honest, tumultuous — a cinematic exercise in the opposing emotions of pain and pleasure. Rolling Stone referred to the film’s major irony as “the tyranny of time” — knowledge by the filmgoer of the impending brevity and imagined consequences of an intense, short-lived relationship. Variety called the film an example of “dazzling ironic sincerity.”

Another pointed instance of irony in Call Me by Your Name occurs when Elio and the audience discover some hidden truths. In a poignant single-shot scene after Oliver’s departure, Elio’s compassionate father informs his son that he and his wife were aware of and accepted his relationship with Oliver. In what was the most lauded sequence in the film, the father, with Oliver’s head cradled in his lap, confesses in a lengthy monologue that he had come close to having what Elio and Oliver had but “something came in the way.” He adds, “I envy you. We rip out so much of ourselves — to be cured of things faster — that we go bankrupt by the age of 30 … Before you know it, your heart is worn out.”

Although meant to soothe and offer Elio assurance, his father’s confession is an ironic unveiling of his long-held, secret memories of youthful, aborted desire. 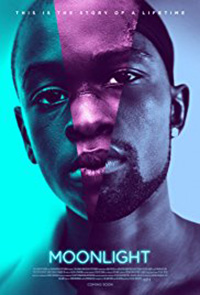 In a manner similar to the tonal contrasts of Call Me by Your Name, last year’s Oscar-winning Best Picture coming-of-age film Moonlight was rife with bittersweet ironies. Its narrative is fraught with despair, sexual confusion, emotional and physical abuse, and family dysfunction for Chiron, a black youth progressing from childhood, to adolescence, to adulthood.

Situational and hidden ironies come into play. Cuban drug-dealer Juan (Mahershala Ali), recognizing that young Chiron is drowning in self-doubt and confusion, assumes the role of a caring father figure. To build confidence, he takes the boy to the Atlantic coast to teach him to swim. Ironically, Chiron is unaware, like the viewer, that Juan is his severely addicted mother’s drug supplier. During Moonlight’s third act, an adult Chiron (Trevante Rhodes) visits his mother (Naomie Harris) in a rehab facility where she apologizes to him and showers him with belated expressions of love.

In the final sequence, Chiron reunites with Kevin (André Holland), a childhood friend who briefly shared in a moment of Chiron’s emerging sexuality only to mock and betray him after the fact. Moonlight ends with bittersweet glimmers of hope as the two men slowly open up to one another. A closing shot reveals the characters embracing.

One of the most talked about and pondered films of last year was screenwriter/director Martin McDonagh’s Three Billboards Outside Ebbing, Missouri. Best Actress Oscar-winner Frances McDormand portrays the unrestrained Mildred Hayes, a single mother seeking justice in the unsolved rape and murder of her daughter. The investigation is moving too slowly, so Mildred decides to bring her case to the public. She rents three billboards on the outskirts of Ebbing and plasters them with taunting messages: “Raped While Dying,” “Still No Arrests?” and “How Come, Chief Willoughby?” 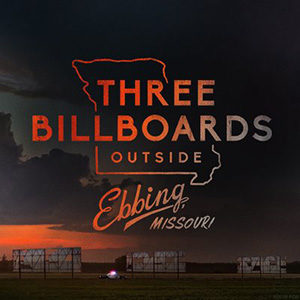 The police and the small-town community react unhappily because Mildred is personally attacking their beloved police chief (Woody Harrelson). The chief is privately and terminally ill with pancreatic cancer, and hates seeing his local reputation tarnished. But Mildred is a force of nature unto herself. She has an appetite for vengeance toward anyone who tries to thwart her efforts. All-out war ensues: arson, Molotov cocktails hurled at the police, and verbal abuse.

Irony is at its most intense in a flashback scene that explains much of Mildred’s motivation. She and her daughter, Angela, are fighting about the girl’s unauthorized use of the car. “I hope I get raped on the way,” Angela snarls as she is forced to walk instead of ride to her destination. And her mother shouts back, “I hope you get raped on the way too.”

Irony also occurs after the police chief’s death when Mildred receives a note telling her he has covered the rent to keep the billboard in place a little longer — a call for reconciliation.

New Yorker magazine critic Tim Parks saw stylistic irony in the use of imagery and music in the film’s first scene where the billboards are revealed and are void of advertisements: “We open with some magnificently photographed images of three huge abandoned billboards in a deserted countryside. There is a powerful sense of irony, of cathedrals of commerce falling into disrepair. The artists showing us this decadence are wonderfully competent, the haunting choral music they choose to heighten the pathos declares their sophistication. We are celebrating how prettily we know how to present our decline.”

Three Billboards’ rural setting and rambunctious characters, some prone to violence and racism, could be seen as an indirect reflection of current events. Indeed, the three billboards concept has been used by groups worldwide to protest injustice in their communities — a form of temporal irony in the sense that McDonagh says he conceived the idea for the story years ago while traveling in the U.S., and wrote the script five years before shooting began in North Carolina.

As these films demonstrate, cinematic irony, like literary and dramatic irony, is one of the grand pleasures experienced by filmgoers. But it’s important that those who seek to convey irony understand the audience. Wayne C. Booth discusses the “pleasures and pitfalls” of irony in his classic book A Rhetoric of Irony (Chicago: University of Chicago Press, 1974). Depicting irony comes with challenges and caveats, Booth says.

“Successful reading of irony depends on reserves of tact and experience and even wisdom that are likely at any moment to be lacking in any of us,” he writes.

And some would say that is very ironic indeed.