A study in film

Following last month’s “Talking About Movies” column, “Isn’t that Ironic,” about the ways in which filmmakers convey irony on screen, it occurred to me it might be time for something less weighty, more interactive for Michigan Today readers.

So, I’ve come up with a series of questions that highlight the University of Michigan’s long and distinguished presence in big-screen filmmaking. Thirty-two multiple choice questions appear in the first half of the quiz followed by the answers and pertinent notations.  The quiz challenge is meant to both inform and pay tribute to our alma mater.  Enjoy! 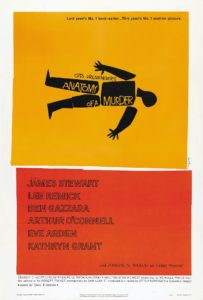 1. Dudley Nichols (U-M 1917) was a founder and later president of the Writers Guild of America. In 1935 Nichols won a Best Screenplay Oscar for John Ford’s Irish-based psychological drama The Informer.  What  venerable 1938 screwball comedy did Nichols co-write with Hagar Wilde?

a)  His Girl Friday
b)  Front Page
c)  Bringing Up Baby

3. Using the pen name, Robert Traver, John D. Voelker (U-M 1928) wrote the best-selling novel Anatomy of a Murder  based on his own role as a trial lawyer in an Upper Peninsula crime case. His book  was the source of the courtroom film by the same name. What Michigan state government position did Voelker hold when his novel was published in 1958?

4. The last film made from a drama by Arthur Miller (U-M 1938) was the 1996 adaptation of The Crucible, written in 1953.  Miller said the drama was meant as an allegory about what? 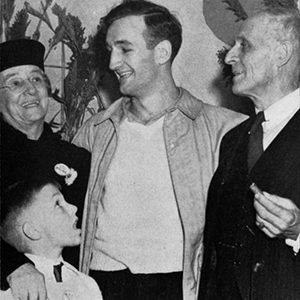 a) A Wall Street investor
b) A sports broadcaster
c) A U.S. Army Air Force pilot

6.  John Rich, Emmy-award-winning TV director of “All In The Family” and film director of the Elvis Presley movies Roustabout (1964) and Easy Come, Easy Go (1967) was reunited with fellow 1948 graduate, actor Ann B. Davis, when Rich directed her in the pilot for what iconic 1960s-’70s television sit-com?

a) Gandhi
b) Sandino
c) Molokai 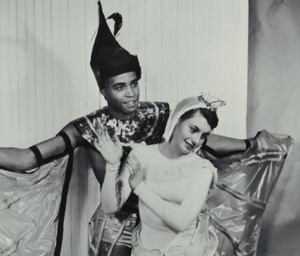 9.  Husband and wife screenwriters David and Leslie Newman (both 1958 graduates) were two of four writers on this 1978  superhero comic-book film that was the costliest movie to date ($55 million). Its release rebooted a franchise that has seen subsequent sequels and spinoffs spread over four decades. Name the superhero.

a) Spider-Man
b) Batman
c) Superman

10.  Robert McKee (U-M 1966, 1973) has conducted screenwriting seminars around the globe,  attended by thousands over the years. In what 2002 film was McKee a fictionalized character in a plot about a writer struggling to finish a screenplay?

a) Adaptation
b) The Orchid Thief
c) Analyze That 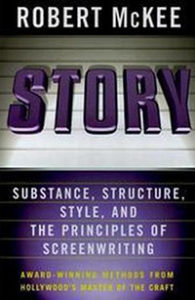 McKee is a widely noted expert on screenwriting.

14.  The 2017 Netflix eight-part crime series “Manhunt Unabomber,” starring Sam Worthington, was about the long, tense quest by the FBI to locate bomber-terrorist Theodore Kaczynski. Kaczynski earned an MA degree (1964) and his PhD (1967) in what University of Michigan department?

a) Mathematics
b) Physics
c) Psychology 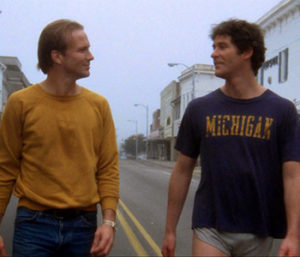 16.  Director/screenwriter Lawrence Kasdan (The Big Chill) and actor Meg Goldman Kasdan (Continental Divide) — both U-M 1970 grads — are the parents of Jake Kasdan, who directed what mega box-office hit of 2017?

a) Thor Ragnarok
b) Baby Driver
c) Jumanji: Welcome to the Jungle

17.  Christine Lahti (U-M 1972) is a renowned Broadway and motion picture actress and director who was awarded an Oscar for what film?

18.  Love and Honor (2013), a romantic drama set in and around Ann Arbor during the Vietnam war era, was co-written by U-M Screen Arts and Cultures professor Jim Burnstein (U-M 1972 and 1974). What comedy-drama with Danny DeVito is Burnstein also noted for writing?

19.  David Alan Grier (U-M 1978) starred in the sketch-comedy television show “In Living Color” and also starred on Broadway as Sportin’ Life in Porgy and Bess. Grier made his film debut as Roger in what Robert Altman film? 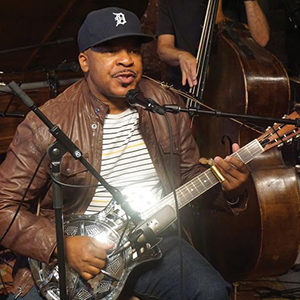 20.  This Israeli-born filmmaker (U-M 1975) won the 1987 Israeli Best Picture award for Tel Aviv — Berlin, a film she wrote and directed. She also scored the music track. Who is she?

a) Variety
b) Rolling Stone
c) The Wall Street Journal 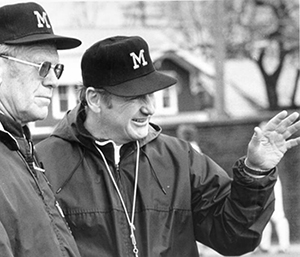 24. Sheena Sippy (U-M 1990) granddaughter of G.P. Sippy (the founder of the renowned Sippy Film Production House) is an internationally known photographer and  publicist for Sippy Productions, and a film historian/author. Where is Sippy Productions located?

25.  What Wolverine football placekicker under Bo Schembechler made fans scream (myself, included) when he kicked off without a shoe on his right foot.  This player is now a film cinematographer who, among his many other screen credits, was a steadicam operator on the suspense thriller Air Force One (1997).

26.  With what Hollywood figure did Bo Schembechler strike up a brief friendship?

27.  In Air Force One (1997), the President of the United States, played by Harrison Ford, is on a return flight from Moscow and is watching what 1992 football game when the terrorists on board strike? 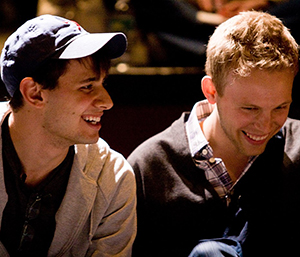 30. Justin Paul and Benj Pasek (2006 School of Music, Theater & Dance grads) won a Golden Globe and Academy Award for Best Original Song for “City of Stars” in La La Land (2016). At this year’s Golden Globes ceremony the two composers won the Best Original Song award for “This Is Me.” For what musical drama film was this song written?

a) Dear Evan Hansen
b) A Christmas Story: The Musical
c) The Greatest Showman

31. What is the source of the on-screen action in the flashback scene in The Big Chill (1983)?

32.  What prominent film actor’s role was edited out of The Big Chill’s flashback scene? 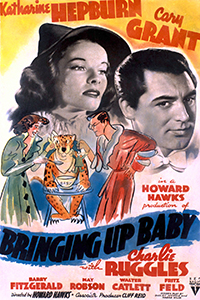 1. [c] Bringing up Baby was one of director Howard Hawks’ many screwball comedies. In addition to The Informer, Dudley Nichols wrote seven other screenplays for John Ford, including my favorite western, Stagecoach (1939).

2. [b] Davies won for Miracle on 34th Street. He also wrote the screenplay for and directed The Benny Goodman Story (1956) with Steve Allen and Donna Reed.

3. [b] Voelker, born and raised in the Upper Peninsula, was appointed to the state’s highest court by Governor G. Mennen Williams, a Traverse City, Mich., native, who thought there should be a justice from “Up North.” Voelker also was noted for writing several books on fly fishing.

4. [c] The Crucible was an allegory about McCarthyism. Arthur Miller himself went before the House of Representatives Committee on Un-American Activities but refused to “name names” of others who may have attended Communist party meetings.

5. [c] Harmon attained the rank of Captain as a pilot in the U.S. Air Force and after his military duty he did become a sports broadcaster. A film was based on his life, Harmon of Michigan (1941).

6. [b] The Brady Bunch ran from 1969-74. Davis’ U-M degree was in Drama and Speech. Rich graduated with an English major and a Russian minor.

7. [a] Briley won for Gandhi. Now 92 years old, Briley was especially drawn to screen stories about men and women of unusual courage. He also wrote Sandino (1991), about the 1920’s Nicaraguan general, and Molokai (1999), about a 19th-century priest who moves to a distant island to care for lepers.

8. [b] Jones’ first role was in Dr. Strangelove. Noted for his basso profundo acting voice, Jones had to overcome childhood stuttering that at times left him totally mute.

9. [c] This Superman film was often referred to as Superman: The Movie. Robert Benton and Mario Puzo (of The Godfather) were the other two writers who worked with the Newmans. David Newman was also one of the screenwriters of Bonnie and Clyde (1967). 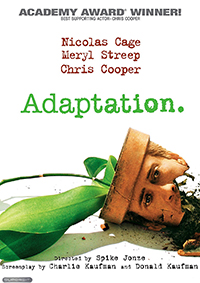 10. [a] In Adaptation, Nicolas Cage played a writer, unsuccessfully, attempting an adaptation of Susan Orlean’s (U-M 1976) The Orchid Thief. McKee was portrayed on screen by Brian Cox.

11. [c] Art Carney won a Best Actor Oscar for his portrayal of Harry. All three of the actors listed have played men in their 70s in seriously comic road pictures: Bruce Dern in Nebraska (2013) and Richard Farnsworth in The Straight Story (1999).

12. [c] Friedenberg adapted A River Runs Through It and also wrote the screenplay for Dying Young (1991), a romantic drama starring Julia Roberts and Campbell Scott.

14. [a] Kaczynski earned his U-M degrees in the Mathematics Department. He mailed bombs to 16 unsuspecting targets, killing three and injuring 23 between 1978-95. His papers, mostly unpurged, were donated to U-M in 1999.

15. [b] This alum is Neal Gabler who was The Michigan Daily film critic in the late ’60s and early ’70s. He is the author of the much acclaimed history book, An Empire of Their Own: How the Jews Invented Hollywood (1988).

18. [a] Burnstein wrote Renaissance Man. He directs the Screenwriting Program in Screen Arts and Cultures and is a member of Michigan’s prestigious Hopwood Writing Awards committee. 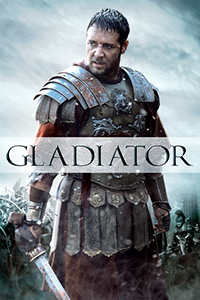 19. [a] Streamers was an ensemble film set in an army barracks during the Vietnam War. For his role as Sportin’ Life in Porgy and Bess, Grier received a Tony nomination for Best Featured Actor in a musical.

20. [c] Zipora Trope, who won the award, is now a professor at the NYU Tisch School of the Arts. Arzooni and Schacta also received degrees from U-M. Schacta became an Israeli television director and Arzooni a film lecturer in Israel.

23. [b] Quentin Tarantino’s Kill Bill (2003) was an admixture of cinema genre traditions: martial arts, noir, westerns, samurai, Kung Fu, and Japanese anime. Since her film career began in 1992, Liu has appeared in more than 50 motion pictures as well as dozens of television programs. At Michigan, Liu earned a bachelors degree in Asian languages and cultures.

26. [c] In 1985, Bo Derek visited Michigan to pick up a custom-made automobile. Having met her earlier, the Schembechlers invited the beautiful Bo to their house for dinner. Later, she dropped in on the Thursday football practice three days before the big game against Ohio State in Ann Arbor. Jim Harbaugh, U-M quarterback at the time, must have felt the impact. During the game, he threw three touchdown passes, defeating OSU 27-17, Michigan’s biggest victory margin over the rival since 1946.

28. [a] Altogether there have been four feature-release American Pie movies and five direct-to-DVD productions. 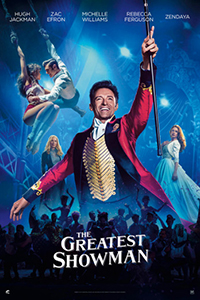 29. [c] The finale of the “Glee” series included the song “This Time,” written by Criss and for which he received a 2015 Emmy nomination. In January 2013, Criss performed at the inaugural balls for President Barack Obama and Vice President Joe Biden.

30. [c] All the songs in The Greatest Showman, a film about circus man P.T. Barnum with Hugh Jackman, were composed by Pasek and Paul. Dear Evan Hansen (2015) and A Christmas Story (2013) were Broadway musicals for which Pasek and Paul wrote music and lyrics.

31. [c] A late 1960s Thanksgiving dinner flashback scene, which takes place in an off-campus co-op house where the members were U-M undergrads. It was the first scene shot for The Big Chill (in Atlanta) before the cast moved north to Beaufort, S.C., to shoot the extended reunion at the heart of the film.

32. [c] Kevin Costner, as Alex Marshall, whose death by suicide brings the Michigan grads to South Carolina for the funeral, was edited out of the Ann Arbor flashback scene. To appease Costner, Kasdan promised him a major role in his upcoming western film, Silverado (1985). Rourke and Penn were considered for roles.

Regular watchers of the TV quiz show “Jeopardy” often fret over the “final Jeopardy answer.” The wording was too vague, they say, or the range of clues was confusingly broad. As a case in point, here is the final “Jeopardy” answer from the May 3, 2018, episode. The category was “War and film.” Can you figure out the question?

“The New York premiere of this film was on Thanksgiving, 15 days after the liberation of this title place.”

No, Alex Trebek was looking for: “What is Casablanca,” the iconic 1942 film starring Humphrey Bogart and Ingrid Bergman. Gail and I missed it, as did all three of the “Jeopardy” contestants.

If you found some of my Wolverine movie quiz questions similarly befuddling, I hope you still had some fun and learned a bit about our alma mater’s presence on the big screen. And if you think of someone who should have been included in the quiz, please let us know in the comments section below.