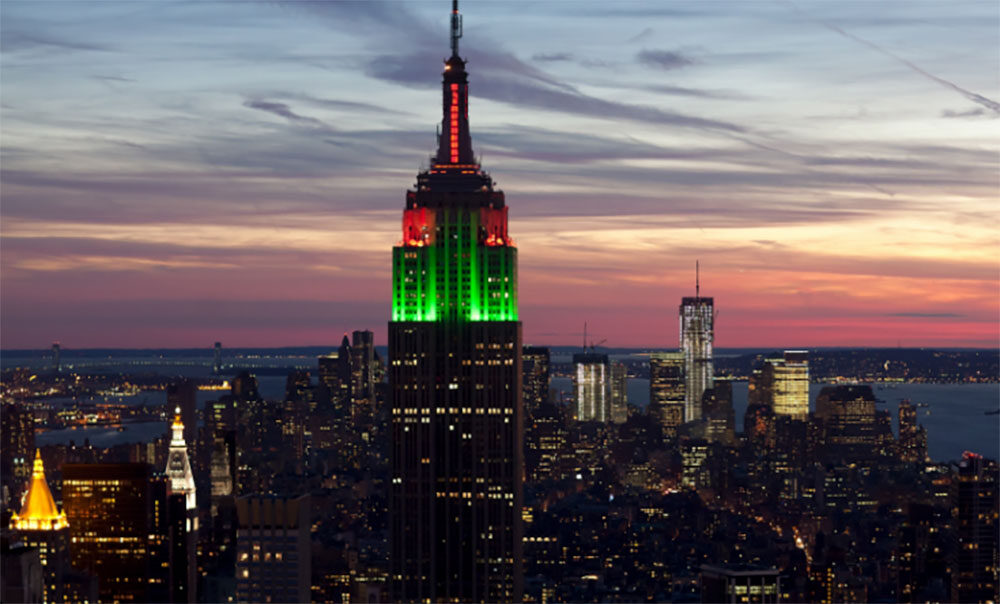 Father of the skyscraper 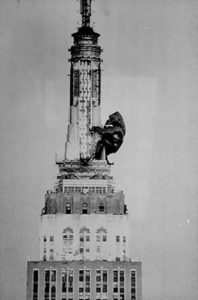 ‘Twas beauty killed the beast the first time King Kong made it to the top of the Empire State Building, back in 1933. (Image: Radio Pictures.)

Tourists chatter as they mill through the dazzling Art Deco lobby. They marvel at the gold-veined black marble set against heavy bronze geometric patterns. They crane their necks to view the restored ceiling murals overhead. Snaking through velvet ropes, they inch toward the elevators that will take them nearly 1,250 feet into the sky.

The Empire State Building, opened on May 1, 1931, is arguably the most famous skyscraper in the world. The 102-story Manhattan landmark peaks at 1,454 feet, if one includes the spire, and was the tallest building in the world until the World Trade Center’s Twin Towers claimed the title in 1973.

Few of the daily tourists, workers, and ordinary passers-by who gaze upward from the city’s busy sidewalks likely connect the building to its roots at the University of Michigan. But without architect and builder Col. William Aiken Starrett, BSE, 1897, the story of Manhattan’s iconic skyline would be markedly different. Starrett, nicknamed the “father of the skyscraper,” was the general contractor for the Empire State Building and was responsible for its record-making construction pace (completed in just 410 days).

The glorious architectural icon would be his swan song, however. After suffering a series of apoplectic strokes, Starrett died at home in Madison, N.J., in March 1932. He was 55 years old. Less than a year had passed since the doors opened on his crowning achievement at 20 W. 34th Street. 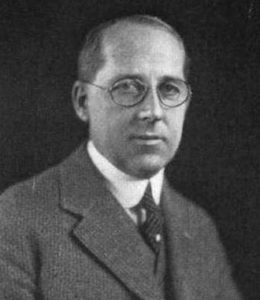 Starrett may have soared the heights of Manhattan at one time, but his roots were solidly Midwestern. He was born a minister’s son in 1877 and grew up in a large Kansas family of seven children — five boys and two girls.

He arrived in Ann Arbor in 1893, but left the University after only two years to help his family. He returned to U-M much later to finish his degree in civil engineering, and in 1917 he received his diploma nunc pro tunc or “now for then” as a member of the Class of 1897, according to his obituary in Michigan Alumnus (April 9, 1932).

Starrett and his brothers formed various construction and architecture firms over the years, doing engineering, design, and development work. When the U.S. entered World War I, he left private practice to oversee all government war construction as chairman of the Emergency Construction Committee of the Council for National Defense. Starrett received an honorable discharge in 1919 with the rank of colonel, at which time he was the largest builder in American history. In the military, Starrett had created structures for 1.9 million soldiers. (The Empire State Building: The Making of a Landmark, Cornell University Press, 2014).

Architects Shreve, Lamb & Harmon Associates designed the Empire State Building, and Starrett Brothers & Eken signed on as general contractors. In 1931, while Starrett was overseeing the building’s construction, U-M bestowed on him an honorary Doctor of Engineering degree. 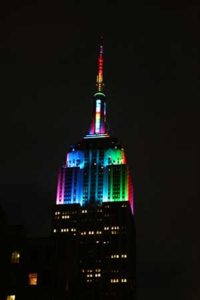 The Empire State Building is lit up, here, like a rainbow to honor Gay Pride. (Image: Michael Luongo.)

Carol Willis, the director, founder, and curator of New York’s Skyscraper Museum, has written about Starrett and his unique role in shaping the city’s heritage. In her 1998 book, Building the Empire State, Willis lists the impressive world records the building set, with the caveat: “The most astonishing statistic of the Empire State, though, was the extraordinary speed with which it was planned and constructed.”

It took just 20 months to go from design through construction to opening. Within that period, at the peak of construction, the tower rose at the unprecedented rate of one floor per day. Willis writes, “This incredible schedule could be kept for two key reasons: a team-design approach that involved the collaboration of the architects, Shreve, Lamb & Harmon Associates, the owners, builders, and engineers in planning and problem-solving; and the organizational genius of the general contractors, Starrett Brothers & Eken.”

Willis’ book reproduces the notes and photographs in which the builders documented the great skyscraper’s ascent. Rather than drafting dry engineering treatises, Willis explains, Starrett was a gifted writer, whose works include the 1919 Building for Victory, published by his own company and based on his experiences during World War I. He also was a contributor to Empire State: A Pictorial Record of Its Construction (W. E. Rudge, 1931), co-authored with Vernon Bailey.

Willis describes Starrett’s book Skyscrapers and The Men Who Build Them (Charles Scribner & Sons, 1928) as “perhaps the best book written at that time on skyscraper development and construction, which ranges between poetic passages and utterly rational analysis.” Starrett began the text by declaring: “The skyscraper is the most distinctively American thing in the world.” 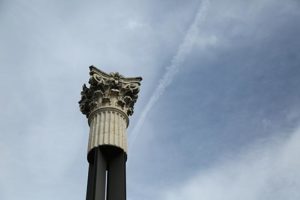 Ann Arbor might not be home to any of the world’s tallest buildings, but Starrett’s impact still resonates on campus. He gave the University an architectural fragment, now known as the Lorch Column, which had been designed for the Home Office Building of the Mutual Benefit Life Insurance Company of Newark, N.J., but was never used. The column now stands in front of the A. Alfred Taubman College of Architecture and Urban Planning on North Campus.

In a June 11, 1930, letter to U-M President Alexander G. Ruthven, Emil Lorch, dean of the University’s newly formed College of Architecture, described the column as an “interesting example of the period, now rapidly passing, during which the classical orders were used decoratively in connection with steel-framed buildings.”

Native New Yorker Evelyn Kanter, journalist, publisher of www.nyconthecheap.com, and author of the forthcoming 100 Things to See and Do in NYC (Before You Die) (Reedy Press, 2019), notes that “Starrett’s role as a New York City real estate developer and builder was more significant even than the Empire State Building.” 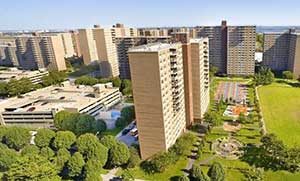 His legacy among New York residents  is forever immortalized through Spring Creek Towers, the largest federally subsidized housing development in the country. Known as “Starrett City,” the complex was designed for low- and middle-income New Yorkers and was dedicated in 1974. It was a joint venture by the Starrett Corp. and the National Kinney Corp. and contains nearly 6,000 apartment units in 46 buildings. The development has its own power plant, schools, shopping center, houses of worship, and ZIP code. President Donald Trump owns a 4 percent stake, an issue that has complicated recent talks of a potential sale.

Starrett’s other credits include the 71-story 1930 Manhattan Company Building at 40 Wall Street, now called the Trump Building and also part of Trump’s holdings. The neo-gothic building was financed by another U-M alumnus, George L. Ohrstrom, ’18. Meanwhile, Starrett’s brother Theodore earned his own skyscraper cred when he built the Cass Gilbert-designed 1912 Woolworth Building.

Few structures can compete with the popularity of the Empire State though. Some 90 years after construction, it remains among the 50 top tallest buildings in the world. And even as new Manhattan skyscrapers rise from the bedrock, it will forever be the jewel of the New York City skyline.