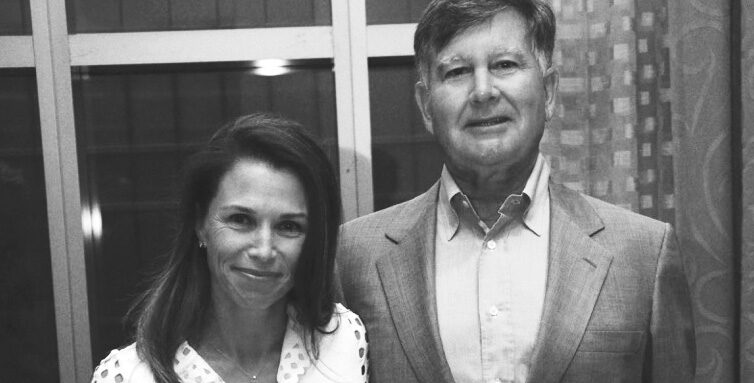 Lisa and Chris Jeffries have committed $33 million to the University of Michigan Law School, with the entirety of the gift dedicated to student support, including scholarships and other forms of financial aid, summer funding programs and debt management.

The gift is the largest in the Law School’s history and among the largest to a law school in the United States.

“We are deeply grateful for Lisa and Chris’s transformational gift. Their generosity is particularly meaningful because it directly supports our students, who are the heart of our mission,” said Mark D. West, dean and Nippon Life Professor of Law. “The Jeffries’ support also reflects one of Michigan Law’s greatest strengths: the passion and generosity of our alumni community.”

At its December meeting, the U-M Board of Regents approved a measure to rename the Law School’s South Hall. The building, opened in 2012, will now be called Jeffries Hall.

“Law school is a unique way of disciplining your mind, and my time at Michigan was formative and memorable,” said Chris Jeffries. “I’m especially interested in paying the way forward for students who lack financial resources, and this gift will allow them to have opportunities and experiences they otherwise wouldn’t be able to.”

The Jeffries’ total lifetime giving commitment amounts to more than $40 million. Their previous gifts include $5 million toward the building of South Hall in 2007 and $2.5 million to support the establishment of the Law School’s 1L Summer Funding Program in 2015.

Chris Jeffries, a 1974 graduate of Michigan Law, is a philanthropist and co-founder of Millennium Partners, a real estate development company with a portfolio of core, urban, landmark mixed-use living and entertainment properties in gateway cities throughout the United States.

After obtaining his law degree, Jeffries was a partner in the Southfield, Mich., law firm of Keywell & Rosenfeld and then a principal in the leveraged buyout of Key International Inc., a major metal recycling and automotive equipment manufacturing business in the Midwest.

The couple married in 2007 and resides in Miami.

Their gift contributes to the Victors for Michigan Law campaign, which closed at the end of the calendar year and has exceeded its $200 million goal.

About the Author
SHELLEY RODGERS is the chief communications officer at the University of Michigan Law School. Prior to joining the Law School, she served in various public, nonprofit, and private sector positions in the higher education policy and legal industries. Most recently, Rodgers was communications director at Dickstein Shapiro LLP, one of the nation's largest law firms, where she led the firm's strategic communications function.
Social
Share on: Share on Twitter Share on Facebook