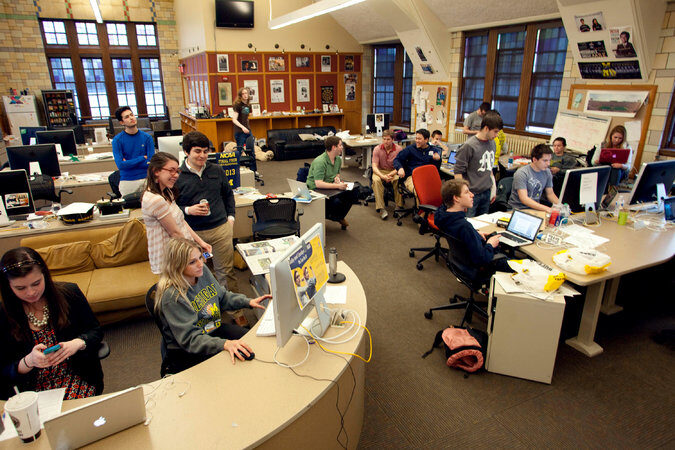 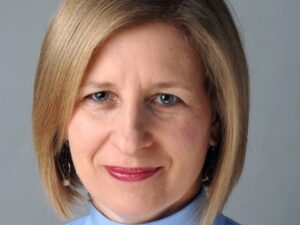 When Ann Marie Lipinski was appointed editor of the Chicago Tribune in 2001, she became the Tribune’s first female editor at a time when men held the vast majority of leadership roles at newspapers around the country.

Recently, John W. Madigan, retired chairman and CEO of the Tribune Company, and his wife, Holly W. Madigan, made a gift in Lipinski’s honor to the Michigan Daily to expose more nontraditional students to a career in journalism.

“While I was climbing the ladder on the business side of the Tribune, Ann Marie was doing the same in editorial,” Madigan says. “Aided by the fact that we both had maize and blue in our blood, we became good friends. I could see from the beginning that she had all the attributes of a terrific journalist and that she should run the news organization regardless of her gender.”

The Lipinski Journalism Fund will support initiatives to inspire and prepare future journalists at the Daily to adapt to today’s dynamic media industry. It provides funding for training, diversity, and revenue initiatives to position the paper — and students who learn there — for success as the industry continues to evolve. 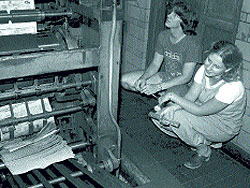 Lipinski, a Pulitzer Prize-winning journalist and University of Michigan alumna, began her pioneering career at the Michigan Daily, U-M’s student-run newspaper. She joined the Tribune as an editorial intern in 1978, serving in several reporting and editing roles before becoming editor of the paper.

Under her tutelage, the Tribune earned a reputation as a leader in public service journalism, following coverage that resulted in a moratorium on the Illinois death penalty. She made history again three decades later as the first female curator at Harvard University’s Nieman Foundation for Journalism, overseeing America’s most prestigious journalism fellowship program.

Her accomplishments as a leading American journalist inspired Madigan, a fellow U-M alum, and Holly to establish the Lipinski Journalism Fund at the Michigan Daily.

“It’s a privilege to continue supporting the Michigan Daily with a gift in honor of Ann Marie Lipinski, an exemplary journalist whose work I respect greatly,” Madigan says. “As the industry continues to rapidly evolve, we hope this gift will catalyze the development of aspiring journalists and empower students at the Daily with the skills necessary for a successful career.”

Upon learning about the gift, Lipinski admits she was “blown away” by Madigan’s donation.

“I really was taken aback,” she says. “It’s extremely generous to support something so important, and then to find out that he wanted to attach my name to it. I’m so humbled and grateful to him for his generosity.”

“When I was in high school, having the opportunity to receive some training from professionals was really inspiring to me because I could finally see myself in the role I imagined I wanted to be. It’s a powerful relationship, and to offer that opportunity to a diverse set of students in Michigan is extraordinary. I hope this opportunity does for these students what it did for me when I was their age.” — Ann Marie Lipinski

The gift of more than $300,000 will enhance the educational and professional opportunities for high school journalists and current Daily staff members by providing training and mentorship opportunities that will prepare them for successful journalism careers and help them obtain practical experience in the media industry.

The gift will help build a diverse pipeline of aspiring journalists by offering workshops for Michigan high school students who have a demonstrated passion for journalism. In future years, high school students will have the opportunity to participate in a fully funded residential summer program at the Daily. Students who participate in the workshops become eligible for scholarships as freshmen upon admittance to U-M.

Additionally, future journalists and media professionals will have access to new learning opportunities and improved infrastructure at the Daily, from fellowships and support for travel reporting to advanced newsroom technology and funding to join industry leaders at conferences and events. 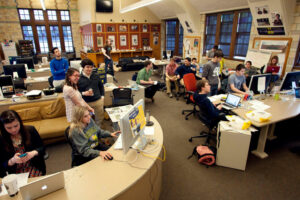 The fund will help students develop as reporters and editors. (Image: Michigan Daily.)

Fellowships will bring industry professionals — including Daily alumni — to campus for in-depth, hands-on work with students. New stipends also will be available to the Daily’s editors, who invest long hours with minimal compensation.

Having taken advantage of local journalism workshops and training programs as an aspiring reporter, Lipinski says building relationships with industry professionals and mentors is critical for students in helping to launch their careers.

“When I was in high school, having the opportunity to receive some training from professionals was really inspiring to me because I could finally see myself in the role I imagined I wanted to be,” Lipinski says “It’s a powerful relationship, and to offer that opportunity to a diverse set of students in Michigan is extraordinary. I hope this opportunity does for these students what it did for me when I was their age.”

Finally, the fund will support the initial implementation, staffing, and operations for two new revenue sources aimed at improving the financial stability of the Daily. The gift also enables the newspaper to offer media services and reader subscriptions, implementing innovative digital marketing efforts, and attracting advertisers that target a younger demographic. 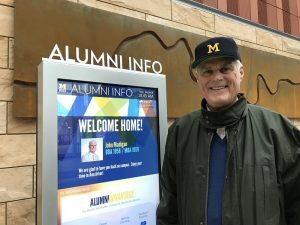 John Madigan earned both his BBA and MBA from what is now the Stephen M. Ross School of Business at U-M. (Image courtesy of John Madigan.)

After earning both his BBA and MBA at what is now the Stephen M. Ross School of Business at U-M, John Madigan began his career as a financial analyst and investment banker in Chicago, eventually rising through the ranks of the Tribune before retiring as its chairman, president, and CEO.

The Daily’s newsroom, where many leading industry professionals, like Lipinski, launched their careers, was named the Holly and John Madigan Michigan Daily Newsroom in recognition of this gift.

Ardent supporters of the University, the Madigans have given more than $2 million to U-M in their lifetime. As champions for student success, they support the LEAD Scholars Program at the Alumni Association, the Holly and John Madigan Endowed Scholarship at the Ross School of Business, and scholarships in Athletics and the Office of Student Publications. 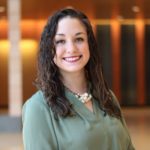