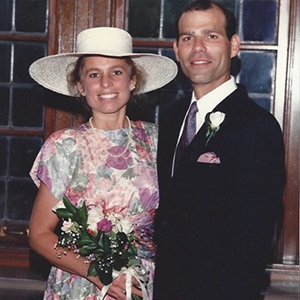 Thirty-one years ago, on a lazy July afternoon, I was sitting at the legendary Del Rio bar on Washington Street in downtown Ann Arbor. As I did every Sunday, I listened to jazz and had a bite to eat with a cold drink. I usually sat at a back table, but this time I had to sit at the bar. I was minding my own business, munching on a bowl of peanuts as I waited for my food to arrive when a woman sat next to me. I didn’t know it at the time, but this encounter would change my life.

I noticed her eyeing my peanuts, or so I thought. Politely, I asked her, “Would you like some peanuts?”

Her response was a polite, “No, thank you.”

A few minutes later, I noticed her eyes were back on my nutritious snack of delights. Again I asked her, “You sure you don’t want some peanuts?” And again, another polite, “No, thank you.” But this time she followed it by saying, “Peanuts are not good for you!”

I could tell she was getting irritated. “How do you know? Did you write a book on it?” she asked.

We struck up a conversation — about food, of course. After a while, we decided to go out for ice cream. We both ordered a decidedly unhealthy triple chocolate chunk cone. We got married at the Michigan League about a year later. 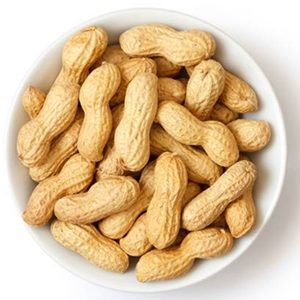 Peanuts are classified as a grain legume of the family Leguminosae, also known as pulses.

Peanuts are classified as a grain legume of the family Leguminosae, also known as pulses. The word pulse comes from the Latin word, puls, which means seeds that can be made into a thick meal (porridge). Other well-known legumes include alfalfa, clover, peas, chickpeas, lentils, beans, mesquite, carob, soybeans, and tamarind.

Legumes produce a unique type of dry fruit that develops from a simple carpel and usually opens along a seam on two sides. A common name for this type of fruit is pod.

There are thousands of different species of legumes. The most popular legumes are listed in the table below and include chickpeas, beans – including butter beans, navy beans, cannellini beans, red kidney beans, adzuki beans, black-eyed beans, and soybeans – peas, lentils, and lupins (yellow lupini beans). Legumes come in a variety of shapes, sizes, and colors. One can consume them in many different forms, including split, ground into flours or dried, and canned.

Are peanuts really good for you?

Peanuts are a convenient source of protein and come with the bonus of healthful nutrients, such as iron, magnesium, fiber, and antioxidants (see the Health Yourself column “Antioxidants and Health”). Most fats in peanuts are heart-healthy mono- and polyunsaturated fats, which can help lower “bad” LDL cholesterol. And numerous observational studies have found that eating peanuts associates with many heart-healthy benefits.

A recent 2017 study of more than 210,000 people found that those who ate two or more servings of peanuts per week (typically, one serving of peanuts equals 1 oz. or roughly 28 peanuts) saw a 13 percent reduction in risk of cardiovascular disease compared with those who didn’t eat peanuts. Another 2017 study found that people who ate the most nuts — including peanuts — gained less weight and had a 5 percent lower risk of becoming overweight or obese over the five-year study period, compared with those who didn’t eat them. Other studies support these findings.

Peanuts compared with other nuts 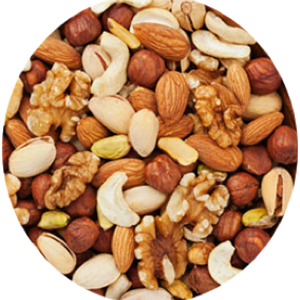 Some legumes are inappropriately called “nuts.”

Each type of nut has specific health perks, which is why it’s good to eat a variety of types. Peanuts have about the same number of calories as almonds, cashews, and walnuts, but they possess more protein (with 7 grams per ounce, they have nearly twice as much protein as walnuts, for example), and are second only to almonds in terms of fiber (2.4 grams vs. 3 grams per ounce).

While walnuts are rich in heart-healthy omega-3 fatty acids, peanuts stand out for their arginine content – an amino acid that helps improve blood flow by relaxing constricted blood vessels. Plus, peanuts require less water and are easier to grow than tree nuts, making them less taxing on the environment — and your wallet.

How you eat them matters

One can eat peanuts in many ways: salted vs. unsalted, blanched vs. unblanched, shelled vs. unshelled, or mashed into peanut butter.

Beneficial antioxidants and phytochemicals are most concentrated in the peanut’s thin, papery skin, so eating them with their skins intact is best. Consuming them raw or dry-roasted as opposed to blanched — which removes the skin — is best, according to some experts.

Be on the lookout for peanuts with added sugar. For example, some packaged peanuts contain large quantities of added sugar. A 10-oz. canister of Planters Flavored Peanuts Sweet & Crunch contains up to 13 grams (roughly 3 teaspoons) of sugar. That’s about half the daily maximum recommended amount of added sugar for women, a third of the maximum amount for men.

What about peanut butter? 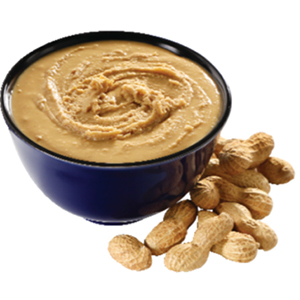 A 2-tablespoon serving of peanut butter contains about 14 percent of the daily need of magnesium.

A 2-tablespoon serving contains about 14 percent of the daily need of magnesium, which might aid with glucose metabolism, help build bone density, and lower risk for diabetes and stroke. Many studies on the health benefits of peanut butter do not show consistent results. But this may be due to the way it’s commonly consumed, usually with white bread and with jam high in sugar. Also, extra ingredients typically added to peanut butters — salt and sweeteners such as honey and sugar — may be responsible for canceling out any health effects of peanuts alone.

How to eat peanuts

You can mix nuts into most of your meals. Chop and sprinkle them into salads, stir-fries, sandwiches, and grain bowls; or whisk them into smoothies, soups, or dips.

Be sure to read nutrition labels to avoid packaged nuts with excessive added sugars, preservatives, and salt, and compare brands and flavors. Avoid peanut butter with hydrogenated oils, which can raise the risk of heart disease, type 2 diabetes, and stroke.

A comparison of four typical snacks shows why peanuts are a nutritional winner. They even may help you find a partner. They did for me!