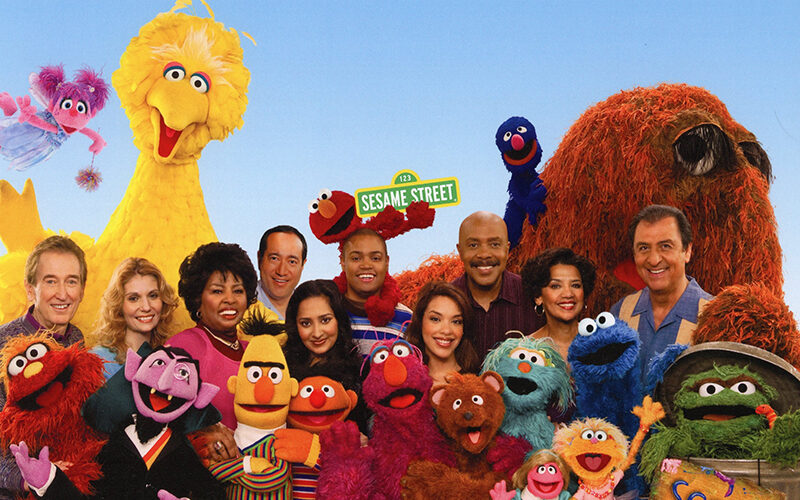 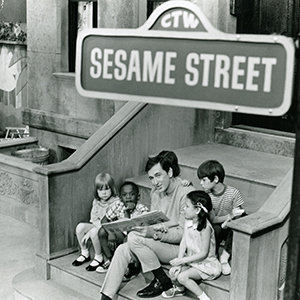 “To this day, people from all walks of life tell me the important role I played during their childhood,” says McGrath. (Image: bobmcgrath.com.)

So said Bob McGrath, ’54, to fellow Wolverine, the late David Connell, more than a half-century ago when Connell, a “Captain Kangaroo” producer, told McGrath, “I’m doing a new kids’ show. Would you be interested?”

McGrath, a successful tenor who appeared on NBC’s “Sing Along with Mitch,” hosted by Mitch Miller, was riding high off a recent tour in Japan. He aspired to be the next Perry Como or Andy Williams, not a children’s TV personality.

“The few children’s shows I had watched occasionally with my kids were on the silly side,” recalls McGrath, 86, who lives with Ann, his wife of 60 years, in New Jersey. They have five children and eight grandchildren. “So I told Dave, ‘Thanks anyway.’ He said, ‘OK,’ and we said goodbye.”

Several months later, Connell asked McGrath if he’d be interested in watching clips starring the Muppets, created by the late Jim Henson. Although McGrath had no idea what a Muppet was, nor who Henson was, he agreed to come in.

“I spent about 10 minutes watching and thought, ‘I want to do Sesame Street!’” he says.

Children are the future

“To this day, people from all walks of life tell me the important role I played during their childhood; it means so much to hear that,” says McGrath, who spent 45 years with the program. His “co-stars” along the way included Big Bird, Cookie Monster, Oscar the Grouch, Elmo, and Ernie and Bert.

“‘Sesame Street’ taught me how to value children in a new way. I learned so much in my 45 years on the show.”
This year, the beloved, award-winning children’s show, created by Joan Ganz Cooney — marks its 50th year on television.

“Joan’s compassion to help underserved children discover possibilities in life — and two years of intense research prior to [its premiere] in 1969 — is the reason why it’s lasted as long as it did,” McGrath says. “The total dedication to those research goals and the flexibility to evaluate and modify those goals annually is the reason why the show still thrives. It empowers children’s minds to develop their maximum potential and is produced in a creative, entertaining manner. The fact that it’s seen in [more than] 150 countries is a testament to the dedication of its mission and a tribute to children, giving them a view into a whole new world.”

Down on the farm 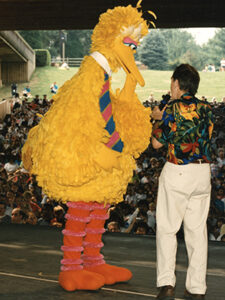 Born in Ottawa, Ill., McGrath, the youngest of five, grew up on a farm that had no electricity until he was 6. In fact, for first and second grade, he traveled to school via horse and buggy. When he was 5, his mother taught him a song while she was playing the piano. Impressed by his natural vocal talents, his parents enrolled him in local contests and performances, which brought him some degree of celebrity in his hometown.

McGrath had considered becoming an engineer, but that changed during high school when he received a scholarship to a summer music camp. People who recognized his talent encouraged him to major in music at U-M. He roomed with his lifelong friend Mike Scherer, ’54, now an economics professor at Harvard University.

“Having grown up on a farm, going to school in a horse and buggy, sitting in a one-room schoolhouse for first and second grades, and then – 18 years later – I’m sitting with more than 100,000 screaming fans in the Big House cheering for the Wolverines. That was the beginning of a life-changing experience for this farm boy from Illinois,” says McGrath. During his Ann Arbor years, he lived in East Quad’s Hinsdale, in a house near the Catholic Chapel, in the Phi Gamma Delta house, and in a private home.

Once he found his voice, McGrath declared his major and dove in. He studied conducting, music theory, opera singing, and music appreciation. He enhanced his studies with private voice lessons from his mentor, the late music professor Dr. Philip Duey. And he joined the Men’s Glee Club, becoming the first freshman in its history to achieve tenor soloist. By senior year, he was the club president; the group even appeared on “The Ed Sullivan Show” in 1953.

“It was thrilling,” says McGrath. “[Sullivan] made people’s careers if you gave it a good shot. He was an institution. It was the best musical show on at the time.” 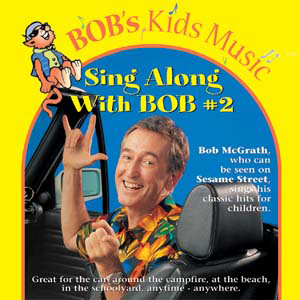 Upon graduation, McGrath enlisted in the U.S. Army for two years to pay for graduate school via the G.I. Bill. He was stationed in Germany as a clerk typist, and though he spoke to the corporal about performing with a special services outfit, the man wasn’t interested. Then, the corporal learned McGrath went to U-M. While the corporal wasn’t a Wolverine, he did tell McGrath he recently met a U-M alumna while on leave in Rome.

“Without a moment’s hesitation, I thought, ‘I don’t care who he met, I am going to know that girl better than any person I’ve ever known.’ He said her name was Cynthia Boyes,” says McGrath. “In disbelief, I screamed ‘Cynthia Boyes?’ It just so happened that I washed dishes at the Alpha Phi sorority house for three years. Not only was Cynthia an Alpha Phi, but I had dated her. After stretching the conversation on as long as possible, [the corporal] asked, ‘What was it you wanted to do again?’”

Eventually, McGrath was assigned to the 7th Army Symphony, performing all over Europe. He conducted the chapel choir for two years and formed a quartet that won second prize in the All Army Entertainment Contest.

“The best compliment I ever received” 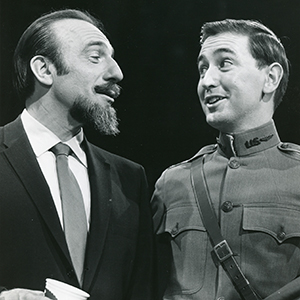 McGrath evolved into a popular soloist on Mitch Miller’s “Sing Along with Mitch” program. (Image: bobmcgrath.com.)

After the Army, McGrath earned his master’s in voice from the Manhattan School of Music. He had a contact who hired vocalists for “Sing Along with Mitch.” McGrath sang in the chorus the first year in 1961.

“During the second year, Mitch asked if I’d like to sing ‘Mother Machree’ for the St. Patrick’s Day show. I made sure I was in tip-top vocal shape, ready to have him hear me for the first time,” says McGrath. “I felt really good when I finished. The music stopped. All was quiet. He looked at me, pulled up his sleeve, and showed me the hairs on his rather hairy arm; they were all standing on end. He smiled and said, ‘You son of a bitch! Where did you learn to sing like that?’ I smiled and said, ‘I guess my mom.’ It was at that time and ever since the best compliment I have ever received from anyone.”

The audience reacted in kind, and McGrath soon became the featured male soloist every week. After the show ended in 1964, Mitch’s singers performed 30 concerts all over Japan. To McGrath’s surprise, the fanbase was mostly teenagers.

“I had an amazing response – screaming young girls after every solo,” he recalls. “The agent who invited us asked me what was happening. I told him I had no idea. Word came back that there were many ‘Bobu Magulas’ fan clubs all over Japan. Whodathunk?”

On “Sesame Street,” McGrath – one of the original four human hosts – portrayed himself. Initially, he and his colleagues stuck close to the script. Then, at a certain point, the creators realized they weren’t letting the kids speak enough; the actors would talk over them to get to the point of the skit. That changed in the second season. The word was out: “Give the kids a chance to talk.”

McGrath applied many lessons he learned on “Sesame Street” to his own children. 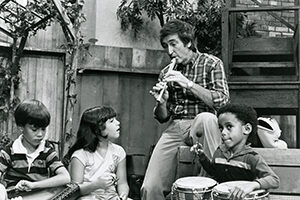 Studying music at U-M certainly paid off when McGrath showed up on the ‘Sesame Street’ set. (Image: bobmcgrath.com.)

“There were so many wonderful teaching moments on that show. I attempted to bring them back to my kids. One thing was not to criticize them – although that’s tough as a father not to critique your children when they’re doing something you don’t want them to do, or you know it’s not good for them – but I tried to modify my criticism of my kids,” explains McGrath. “Children have a great sense of humor. Growing up, if you did something wrong [in my family], an apology was expected moments later. It was strict but strict in a wonderful way. When I was doing the show, I had four kids of my own. ‘Sesame Street’ taught me how to value children in a new way. I learned so much in my 45 years on the show.”

Thanks to “Sesame Street,” McGrath released several children’s CDs, penned two children’s books, and performed with more than 100 symphonies. Although he’s no longer on the show, he’s always championing it, delivering keynote speeches or leading workshops for elementary teachers focusing on music. He remembers with a laugh in the show’s second season when someone asked Cooney how long she expected “Sesame Street” to last.

“She said, ‘We’re just gonna give it a couple of years and see what happens.’”

When asked if attending U-M and being on “Sesame Street” has made him a better human being, McGrath answers, “Unquestionably. [U-M] taught me to be more open-minded, understanding, and tolerant of diverse cultures and languages. Quite frankly, it’s made for a happier life. My wife said, ‘You’d have never been the same person if you hadn’t gone to Michigan.’”

McGrath agrees. “I was nothing but thrilled by my four years at Michigan. I feel unbelievably lucky to have had my Mitch Miller career, my Japanese career, and 45 years on ‘Sesame Street.’”


(An earlier version of this post erroneously stated Joan Ganz Cooney had passed away. MT regrets this error.)