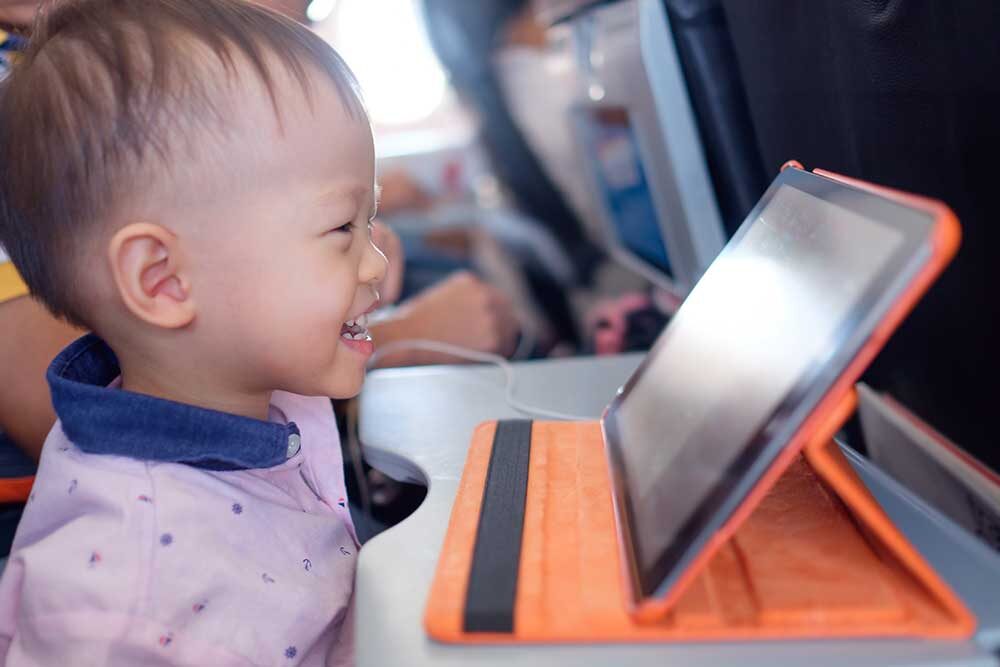 It happens almost everywhere, every day, every hour. 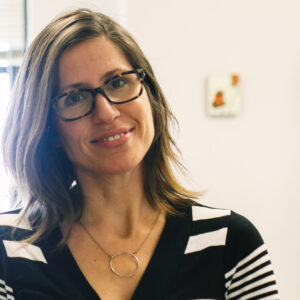 A family with young children is at the park, the grocery store, a restaurant or the doctor’s office. A baby starts to fuss and cry. A toddler becomes restless and misbehaves.

A stressed parent pulls out a smartphone or media tablet and hands it to the youngster, who is momentarily distracted by an app, game, or video. Peace and quiet descend for a few minutes. But is this really the best immediate response and long-term parenting strategy?

“Mobile devices are the most effective child-quieting tools I’ve ever seen,” says Jenny Radesky, MD, a developmental-behavioral pediatrician and assistant professor of pediatrics at the University of Michigan.

Yet, the accessibility and nonstop usage of these devices are creating new challenges for parents and children in today’s technology-driven, digitally wired society, she says.

“Parents are using visual entertainment on digital media as a calming strategy to distract their child from whatever was making him or her fussy or upset rather than soothing the child or taking care of the underlying problem,” Radesky says. “This undermines both the parents’ skills to help their child handle an emotion or solve a problem and the child’s skills to develop self-control, a longer attention span, and organization of his or her thinking.”

Junk on the playground 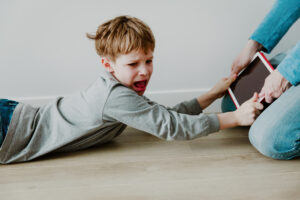 Placating your child with digital media may create problems in the future, Radesky says. (Image: iStock.)

Radesky describes the children’s digital-media environment as “the most unregulated, disorganized playground that parents have ever had to help their children navigate.”

She points out that no one has checked to make sure the play structures are appropriate for a child’s age and abilities. There’s no bench or space for the parent to sit down and monitor what their child is really doing. Unknown people are indirectly observing their child and collecting his or her data. And the entire playground is designed to lure children in and keep them playing longer.

This modern-day digital-media environment is making the job of parenting even harder.

“Yet, there also are neat little walled gardens of beautiful digital spaces that are easy to navigate and developmentally appropriate,” Radesky says. “But those are not in the majority right now, and they take more effort or savviness to find. This is creating a disparity where some families are just getting junk digital-media experiences and others are finding those curated little spaces that are much better for their kids.”

The pace of technological innovation and adoption has increased exponentially in recent years. It often feels as though a digital tsunami is breaking over, and breaking apart, modern family life and conventional social structures.

“My research with young children focuses on . . . scientifically isolating what makes a particular technology design good or bad,” Radesky says. “I also want to help parents find the best digital-media experiences or the best non-digital experiences for their kids. It’s important to remember that filling a child’s day with sleep, play, tickle fights, and other non-digital activities helps them build their developmental skills.”

For example, it took 38 years for radio and 13 years for television to reach 50 million global users. By contrast, the Internet took four years, the iPhone took 2.8 years, the iPad took 80 days and the Pokémon GO app took only 19 days to reach that same level of users.

“Things are moving so rapidly that everyone is using a new technology within a matter of weeks,” Radesky reports. “We don’t have time to adjust and examine what other things this new technology is displacing in our households and family life. It’s difficult to know how to parent around it and to help our kids enjoy and grow from it.”

As a result, people are experiencing so-called technology whiplash.

“My research with young children focuses on making sense of technology whiplash and scientifically isolating what makes a particular technology design good or bad,” Radesky says. “I also want to help parents find the best digital-media experiences or the best non-digital experiences for their kids. It’s important to remember that filling a child’s day with sleep, play, tickle fights, and other non-digital activities helps them build their developmental skills.”

Radesky’s research at U-M and previously at Boston Medical Center has shed light on how the design of digital media influences children’s social-emotional development and parent-child interactions.

Her first study, in 2014, revealed that infants and toddlers who were fussier, more demanding and impatient, and had greater trouble sleeping were more likely to have a greater amount of screen time, often watching two or more hours of videos and television a day. 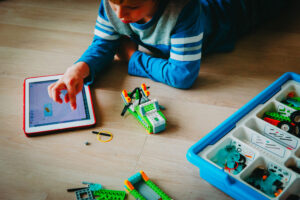 Radesky suggests parents seek out digitally appropriate content for their children. This child is building a robot from plastic blocks and programming it with a touch pad. (Image: iStock.)

“This indicated that many parents who were raising fussy youngsters were using videos or television as a calming strategy,” Radesky observes. Her study was based on a dataset of 7,450 children in The Early Childhood Longitudinal Study program, conducted by the National Center for Education Statistics.

A second study of 144 parents with children 15 to 36 months of age tracked the frequency with which parents used a smartphone or tablet to calm their children and keep them quiet during the day or at bedtime. The results showed that the parents of toddlers displaying the most difficult behavior were two and a half times more likely to give their children a mobile device to calm them and three and a half times more likely to give them a device to get peace and quiet in the house.

“Parents need to learn other ways to handle their child’s emotions in that moment or to help their child stay quiet and occupied,” Radesky says. “They can learn a lot by figuring out what is driving their child’s distress.”

In her current study, funded by the National Institutes of Health, she is following 400 preschoolers and checking their tablet use over six months. “We’ve found late-night and overnight usage of YouTube, so it’s clear the children have their tablets in their bedrooms,” she reports. “I’m most concerned about YouTube’s effect on the quality of their sleep.”

All the world’s a smartphone

It is not just children’s technology use that matters, however. Parents are now carrying mobile devices with them everywhere and accessing them 24/7. The entire world ─ job, social life, weather, traffic, entertainment and shopping ─ resides in today’s smartphones, says Radesky.

“Parents have told me it takes up so much more of their brain resources to be constantly accessing this device and managing their world,” she explains. “At the same time they have to be multitasking with a child. That balancing act is even more stressful when your child is difficult and showing worse behavior.”

In 2013, Radesky and her research assistants made field observations of kids’ reactions to their parents’ technology use while families were dining at popular fast-food restaurants. 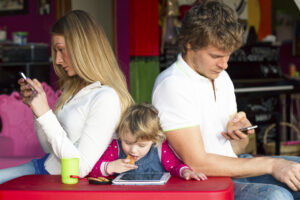 This young technological family seems to have problems with communication. (Image: iStock.)

“The most disruptive technology use was when a parent was holding a mobile phone right in front of his or her face and was highly absorbed in the device, reading and scrolling continuously,” she comments. Some children just sat and ate without making conversation. Others tried to say something to the parent, who barely responded. And still others acted up in order to get the parent’s attention.

In another study, Radesky followed 183 couples with children between one and five years of age over a six-month period. She asked the parents to provide information about their child’s behavior and to report how much they interrupted child-parent activities by picking up a mobile phone, watching television or working on a laptop.

The findings revealed that parental technology use cuts both ways. Parents whose child was demonstrating bad behaviors, such as tantrums, hitting and yelling, showed increased stress and greater likelihood to turn to their devices for relief or to avoid interacting with their child.

On the other hand, this parental “technoference” also predicted more behavior problems on the part of the child later on.

“Children need their parents in this early childhood stage to figure out how to handle things,” Radesky says. “If they are not getting attention from their parents, the underlying behavioral problem is not going to go away.” Technology also can interfere with developmental touchpoints and the child’s own learning of how to eat, sleep and play calmly by themselves.

However, she notes, when parent-child play is very positive and enjoyable for both, it helps the child feel understood and increases bonding with the parent.

“Children learn so much from watching their parents,” notes Radesky, who has two children of her own. “Parents can change their own behaviors in order to influence their child’s behavior and to benefit the entire family.”

Planet of the apps

“My ultimate goal as a researcher is to talk with policymakers and designers about changing the digital environment in ways that will make it easier for parents,” Radesky says.
Since joining the U-M Medical School faculty and C.S. Mott Children’s Hospital staff in 2016, Radesky has been analyzing the multitude of mobile apps and games being marketed to today’s kids.

“Children’s interactive media is perfectly engineered to have just the right balance of manipulative design and over-the-top rewards while appearing to pose some sort of challenge,” she reports. “Children may be so attracted to this extremely interactive, exciting, rewarding media that they spend more and more time on it. We know immature brains can’t resist these gambling-type design features.”

One father characterized such addictive apps as “feed my eyes.” Often they are loaded with advertisements and tracking software while promoting shallow game play rather than deep learning.

In contrast, digital medial content designed by developmental psychologists and educators who understand children can be effective in helping youngsters learn things and develop social-emotional skills. Nonprofit organizations, such as Sesame Workshop and PBS Kids, home to the popular Daniel Tiger’s Neighborhood, are among the leaders in producing high-quality, educational content for kids. 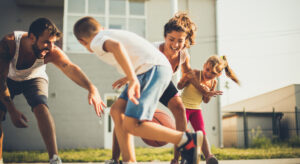 Devote time to enjoyable non-media activities, such as playing board games and sports, hiking and biking outdoors, telling family stories and selecting books at the library, Radesky says. (Image: iStock.)

The rapid advance and lack of regulation of today’s technology is placing greater responsibility on parents to become monitors and gatekeepers.

“This is the time for parents to exert a lot of intentional thought about what they are doing around technology rather than just grabbing what’s new and cheaper,” says Radesky, who contributed to the 2016 American Academy of Pediatrics policy statement on digital media.

She makes the following recommendations:

“My ultimate goal as a researcher is to talk with policymakers and designers about changing the digital environment in ways that will make it easier for parents,” Radesky says. “Unfortunately, it’s not in technology companies’ best interests to create products that let us limit our technology use, because they wouldn’t make as much money.”