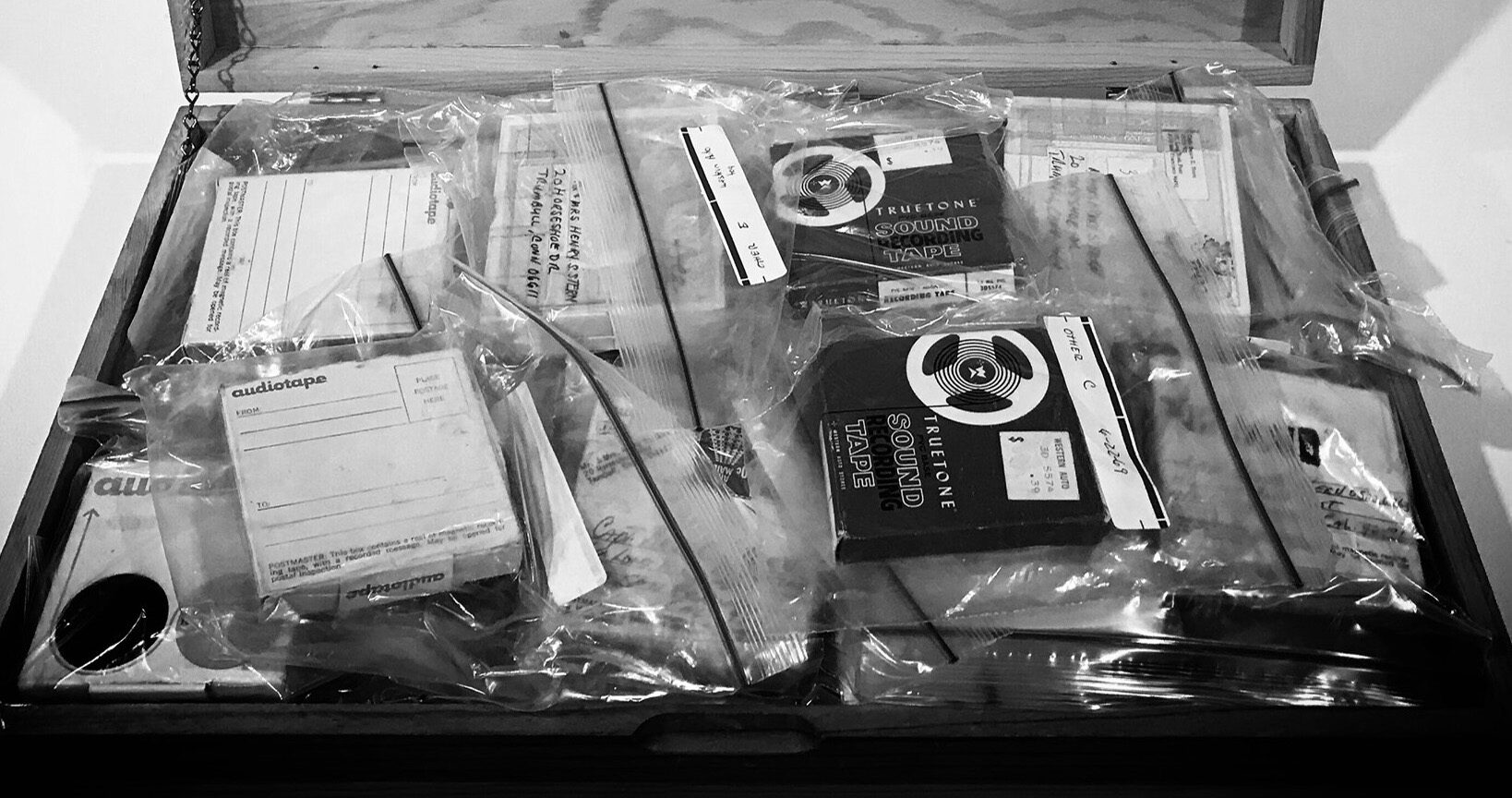 Filmmaker Greg Stern, BA ’00, never spoke to his father, Bruce Stern, about his tour of duty in Vietnam. It wasn’t something you discussed in their family.

“It was just one of those things where I didn’t ask him — or figured I’d have more time to ask him,” says Stern, an Emmy award-winning documentarian.

But in 2007, time ran out. The 64-year-old Army veteran died suddenly of a heart attack. His grieving son had no option but to file away those unanswered questions forever.

In 2008, Stern got a rare and wonderful chance to hear from his father again.

He and his mother, Judi, were cleaning out his father’s things when Stern opened a nondescript box. It contained reel-to-reel tapes of the elder Stern’s audio recordings — voice letters — from Vietnam. There were boxes of slides and thousands of photos from his deployment, including shots with entertainer Joey Bishop of the Rat Pack and actress Tippi Hedren, star of Alfred Hitchcock’s The Birds. A garbage bag held every single letter his father received while in Vietnam. Each was nicely folded in its original envelope with the postage still attached.

“This was my second chance to ask him about it in a different kind of way,” Stern says. “This archival material was filmmaker’s gold and I just had to do something with it. I couldn’t just let it sit there and do nothing. I wanted to tell his story.”

The result is the award-winning, independent documentary Letters from Long Binh. 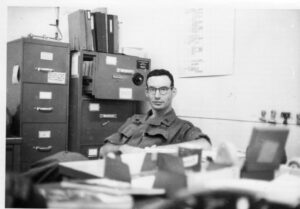 Stern’s directing/producing career dates as far back as his sophomore year at U-M, when he served as sports director for WOLV-TV. During nearly a decade at HBO post-graduation, he contributed to documentaries about the 1980 U.S. Olympic hockey team and the U-M/Ohio State rivalry. Today Stern is an award-winning director of multiple shows and specials at the MLB Network and the NHL Network.

Working with his father’s personal archive was unlike anything he’d done for the networks.

“It was my dad’s voice and there were other voices — my grandparents, my great-grandparents, family friends,” Stern says. “It was a mass of voices from — at that point — 40 years ago.”

The elder Stern, who was a captain in the U.S. Army, enlisted and went to Vietnam at 26. He was an alumnus of the Wharton School of the University of Pennsylvania and the New York University School of Law.

“He thought he’d be drafted,” Stern says. “He was already older and had ROTC and Officers’ Training School in his back pocket and a law degree, so maybe he figured that if he enlisted, he’d get a better job. I know I’m biased, but he was the smartest person I’ve ever known and I can say that, even though he was my father. He was patriotic, too.

“At that point … Vietnam, in the beginning, wasn’t what it turned out to be at the end,” he continues. “It was still a patriotic thing. He thought he was doing a service for his country and that maybe he’d be able to help out.”

In Vietnam, Bruce Stern was stationed at Long Binh Post from 1968-69 and worked as a post-fund custodian. He managed and allocated funds to soldiers who needed various items on the base. He didn’t see combat on the front lines, but he went on border patrols several times a week, checking the perimeter outside the base, early in the morning or late at night.

“[The job] frustrated him,” says Stern. “He had education and expertise in certain areas and he didn’t get to do that. You can hear it in his voice throughout the film. He was not being used most effectively.”

“I took every letter and put them all in order. They’re now in binders. All the tapes were transcribed word for word with time codes, so I could easily access everything,” he says.

Initially, Stern intended to interview other Vietnam veterans or their loved ones. But when it became clear the plan was too ambitious, he dialed back the concept to focus solely on his father. He traveled to Vietnam and located several of the elder Stern’s Army buddies and his girlfriend at the time, all of whom he interviewed for the movie.

“Then, life happened,” says Stern. “I got married and had a couple of kids. I was able to work on it only for five minutes here, five minutes there; an hour here, an hour there.”

Stern’s wife, Kristen, is a producer on Letters from Long Binh. They live with their two sons in Mamaroneck, N.Y.

And while Stern wanted to create a keepsake for his family, he also hoped to deliver a film that would resonate with general audiences.

“I wanted it to be a great home video and also something people could relate to on the outside,” he says. “This August marked the 50th year my dad came back from Vietnam. I gave myself a deadline of this year to mark his return.”

Stern says his most vexing challenge was deciding what to include in the film and what to omit. Ultimately, he focused on being truthful, funny, and showing how his father’s mood changed during his tour of duty.

“In the end, I wanted it to be concise without missing a thing,” Stern says. 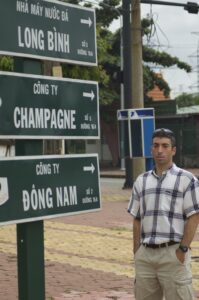 As part of his process, Greg Stern visited his father’s outpost in Vietnam in 2009. (Image courtesy of Greg Stern.)

But Stern’s real prize has been reconnecting to his father.

“Words can’t express how gratifying it is for me to keep my dad’s memory alive by sharing his experience from such a turbulent time in our nation’s history,” he says.

In many ways, these audio recordings and letters have made Stern feel closer to his dad, a proud Wolverine parent who had plenty of maize-and-blue memorabilia.

“It’s almost like I’m able to keep him with me,” Stern says. “My wife and kids never had the chance to meet my dad, so once my kids are old enough, I’ll show it to them. It’ll bring him to life for them too, eventually.”

(Top image: Bruce Stern’s box of tapes, letters, and photos from his tour in Long Binh inspired his son’s documentary. The image is courtesy of Greg Stern.)