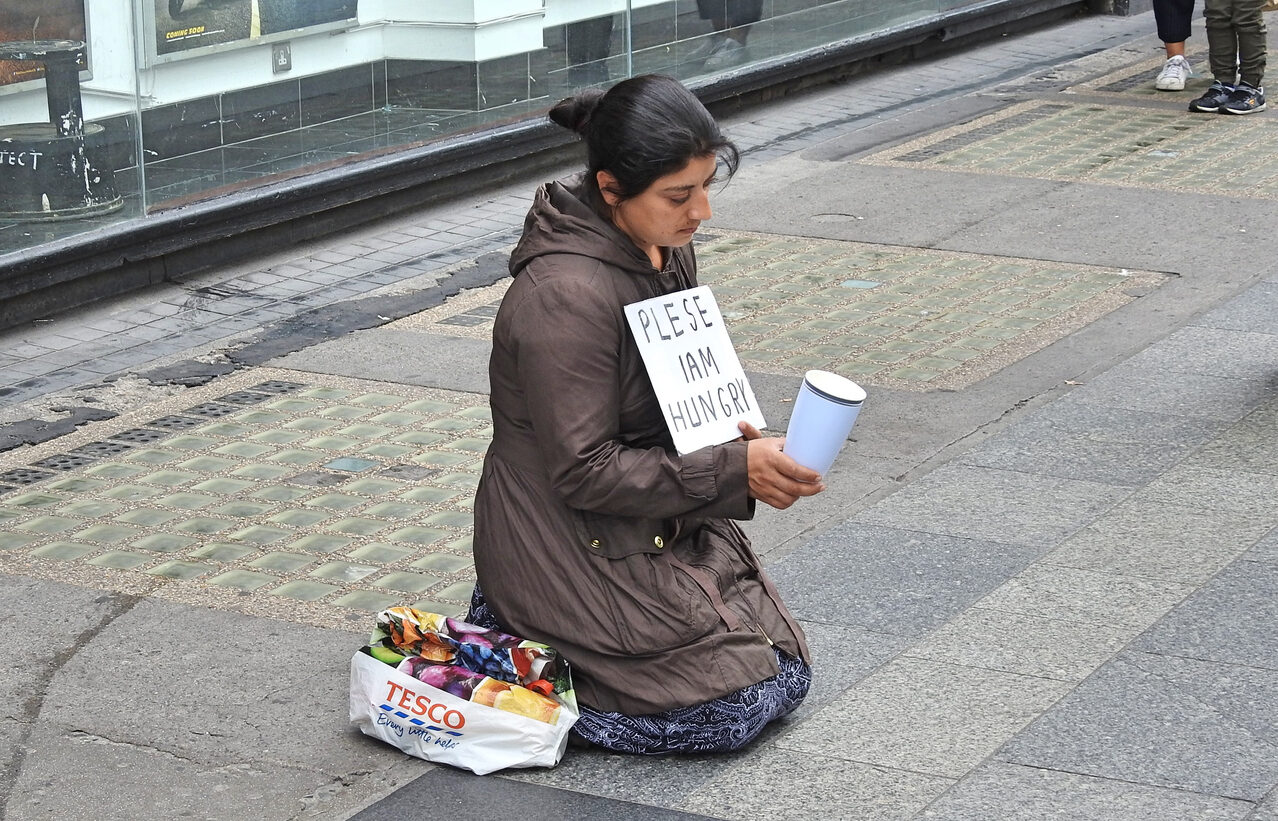 An epidemic occurs when a disease affects more people than usual, or one that spreads to areas not usually associated with that disease. A pandemic, in contrast, is an epidemic of worldwide proportions.
We are now entering a new era where the global threat of malnutrition, in its different forms, threatens the health of our planet and at least half of its inhabitants. Conceptually, malnutrition represents an abnormal physiological condition caused by either undernutrition (famine and starvation) or unbalanced and excessive consumption of macronutrients/micronutrients (obesity). These two forms of malnutrition link causally to planetary health that includes factors responsible for food and agriculture misuse, urban design and land use, and other environmental factors that precipitate climate crises. Indeed, a reading of the worldwide literature on health risks clearly point to these three interdependent factors now reaching pandemic proportions.

The original concept of a syndemic was applied to diseases at the individual level — two or more diseases linking causally in time and place, interacting with each other and having common societal bases. The main applications of the syndemic concept referred to the HIV/AIDS clustering with substance abuse and violence, hepatitis C, alcohol abuse, and hepatocellular cancer, poverty, depression, and diabetes among low-income populations.

The term global syndemic was first used in the mid-1990s to represent a worldwide synergy of epidemics that are coincident in time and place, interact with each other to produce complex sequelae, and also share common underlying societal drivers.

The three pandemics — obesity, undernutrition, and the climate crisis can now be viewed as a new global syndemic.

Individually and considered in isolation, each of these pandemics has not been viewed as urgent enough to generate significant demand or political will to act. We have failed to address these conditions internationally and now for the first time having to acknowledge that children will have reduced healthy-longevity and greater risk of development of chronic diseases than their predecessors.

A 2005 article in The New England Journal of Medicine predicted life-expectancy would decline in the U.S. by mid-century due singly to the obesity epidemic. But in 2016 the Centers for Disease Control and Prevention (CDC) published preliminary evidence that healthy-life expectancy for children was decreasing at an alarming rate. Age-adjusted death rates for the first nine months of 2015 increased significantly compared to the same time period in 2014, most notably due to obesity-related conditions like heart disease, diabetes, stroke, and Alzheimer’s disease. The downward trend in longevity is likely to accelerate as this generation of children — heavier from earlier in life than ever before — reaches adulthood. It’s one thing for someone to develop obesity at age 45, diabetes at 55, and heart disease at 65, but what if the clock starts ticking at age 10? All indicators suggest a downward spiral in children’s healthy longevity that does not appear to be abating.

Perhaps, linking obesity with undernutrition and climate change into the framework of a single global syndemic will focus attention on the scale and urgency these combined challenges pose to global public health.

Shared societal determinants for undernutrition, obesity, and climate change are well known. They are driven by the high consumption of cheap energy sources (foods and fossil fuels), auto-oriented transportation systems, and economic systems that promote excessive and unsustainable consumption patterns that damage the health of people, the environment, and the planet.

The undernutrition pandemic and its links 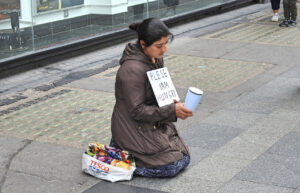 Historically, the most widespread form of malnutrition has been undernutrition, including wasting, stunting (low height for age), and micronutrient deficiencies. Undernutrition and its many physical and emotional consequences often are considered epidemic in various regions of the world. While the Global Hunger Index (1992–2017) showed substantial declines in child mortality for those 5 years and younger in all regions of the world, there was less decline in the prevalence of wasting (starvation) and stunting among children due to nutritional deficiencies. However, the rates of decline in worldwide undernutrition for children and adults are still epidemic in most regions of the world.

While not so obvious, undernutrition causally links to obesity. Data on the origins of health and disease reveal fetal and infant undernutrition are risk factors for obesity and its adverse consequences throughout life. Low-income and middle-income countries carry the greatest burdens of malnutrition. In these countries, the prevalence of overweight children less than 5 years of age is rising alongside an already high prevalence of stunting, wasting, and underweight. And not surprisingly, it is these geographic regions most affected by changes in planetary health.

The obesity pandemic and its links 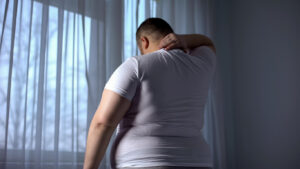 To date, little progress had been made regarding the worldwide obesity pandemic beyond acknowledging it as a problem that requires action. Unfortunately, obesity is still regarded as an individual responsibility resulting from wrong choices and motivations. This view is not helpful from a public-health perspective. Obesity is often a chronic, progressive disorder leading to poor health, unwarranted stigma, and increased mortality. In the 2017 Global Burden of Disease analysis, overweightness and obesity increased by 36·7 percent between 2007 -17 and by 127 percent between 1990-2017, and accounted for 4·7 million deaths and 148 million disability-adjusted life years globally in 2017. With an increase of prevalence in almost all countries, obesity has far-reaching consequences for population health and wellbeing.

The climate crisis pandemic and its links 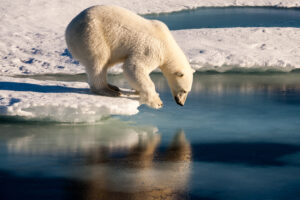 That we are in the middle of a full-blown climate crisis is no longer debatable. (Image: iStock.)

That we are in the middle of a full-blown climate crisis is no longer debatable. Climate change represents a pandemic because of its dynamic nature, its rapid rise, and its predicted catastrophic impact on worldwide human health. The interactions between climate change and under- and overnutrition occur at both the individual and population level. Recent estimates suggest the health gains achieved in the past 50 years of global economic development will be reversed by 2050 due to consequences of the climate crisis. Estimates of future costs of the climate crisis are 5-10 percent of the world’s gross national product (GDP), with costs in low-income countries in excess of 10 percent of their GDP. Low-income countries that produce the fewest greenhouse-gas emissions are paradoxically more affected by the climate crisis than countries that produce the highest greenhouse-gas emissions. Furthermore, the climate crisis has a disproportionate effect on agricultural production and consequently human health in low-income countries most affected by increased global disruption.

How to change the global syndemic

The sheer scale of the problems presented by the global syndemic is daunting and we must, in my opinion, focus on prevention rather than our current emphasis on treatment. In the long run, prevention is more cost-effective and equitable. Sustainable efforts to affect the global syndemic must include a collective set of determined actions taken at different societal levels to influence the drivers of obesity, undernutrition, and climate change.

We must all begin to think in global terms and commit to a vibrant and collective effort to ensure the public health of all living beings. This includes the rights of all living beings to sustainable wellness, access to proper and affordable health care, and maintenance of a healthy environment by working collectively to positively reduce effects of climate change. It also includes the need for sustainable food production, and a commitment to protect the rights of the poor, the impoverished, and the socially disadvantaged populations of children and women who are likely to be more severely affected by the global syndemic.