Rhetoric, logic, and fallacies, oh my! 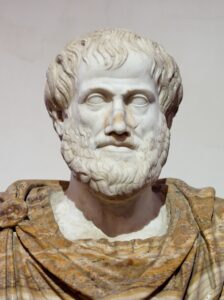 Aristotle once noted: “In the case of some people, not even if we had the most accurate scientific knowledge, would it be easy to persuade them.”

The George C. Marshall Institute was a conservative think tank that provided user-friendly resources to create doubt about the science of climate change. One of their most creative products, The Cocktail Conversation Guide to Global Warming, was designed as a brochure one could carry to a party.

That print piece inspired me and my then-student Emily Upton to make a climate conversation primer of our own. We are proud to report that it’s an old-school, trifold brochure.

The Everyday Conversation Guide to Climate Change opens with a short description of rhetoric and argumentation. In debate, advocacy, and political arguments, people often employ logical fallacies to convince their opponent of a point. So we examine the ways in which people debate and we dissect logical fallacies, which rely on false equivalencies, false dichotomies, and circular reasoning, among other things. These techniques work well to raise doubt and discredit a position.

The conversation guide we’ve created is designed to help people identify and demonstrate the flaws in weak arguments. It’s not enough to simply battle via point and counterpoint. The goal is for people to reach an accurate conclusion on their own, and the next time a person comes across an inaccurate argument about climate change, they can critically evaluate its merits.

Do you argue with people about climate change science? Or do you avoid the topic? Have you ever convinced someone to adopt your position? Tell us about your experience in the comments section below.
While teaching students about climate change, I have found rhetoric to be a powerful way to introduce these concepts. It changes the nature of conversations. If the conversation is with a person interested in knowledge and evidence, they often can be convinced to see flaws in their logic. If someone is only interested in delivering a political argument or raising doubt, they might not care about the strength of their position.

Emily and I are not scholars of logic and rhetoric. But in the field of climate change, there are highly skilled experts in logic and communication. I look to John Cook of George Mason University and Matthew Nisbet of Northeastern University. 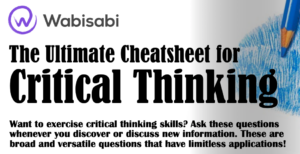 Critical thinking is more critical than ever today! Get your ultimate cheatsheet.

When we act as critical thinkers to challenge the form of an argument — any argument — we mentally innoculate ourselves against misleading arguments.

I’ve compiled a list of resources to help detect misinformation and disinformation – and perhaps identify the institutional use of propaganda. U-M Library staff also have developed courses to respond to societal disinformation in a global digital age.

It should be noted I am using the term “argument” here in terms of a “position.” It need not have a negative connotation. (That said, arguments regarding climate often devolve into actual arguments, generally around the holidays.) Weak positions often feed off an emotional state fueled by claims of amoral behavior. Climate change denial arguments often allege that researchers and academia share an agenda of funding self-interest.

So as you evaluate an argument, ask yourself:

Remember to think about the whole argument, not just isolated points that are meant to provoke. 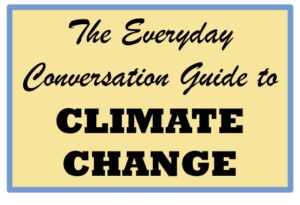 Advocates, by definition, manage information to their advantage. Advocacy plays an important part in our culture and developing policy. But the art of persuasion requires tremendous skill, even with mountains of evidence to support one’s position. As Aristotle famously noted in Rhetoric, 350 BC; “In the case of some people, not even if we had the most accurate scientific knowledge, would it be easy to persuade them.” Climate change scientists know this all too well.

When engaging in “everyday conversation” about climate change, it is important to know when you are functioning as an advocate or conversing with an advocate. The question at the heart of every argument: Does one want to “win” in the moment or drive knowledge and understanding forward?

How robust is an argument that relies on emotion, uses selective data and information, paints moods with far-reaching metaphors, and requires one to believe an industry or field is corrupt — and that corruption extends across many decades and all nations? This is a prejudicial form of argument designed merely to convince someone of your position. It is not a form that seeks knowledge-based understanding.

The Everyday Conversation Guide to Climate Change offers facts and data based on evidence, observation, and a holistic examination of factors that heat and cool the Earth. We provide potential talking points you can argue steeped in the scientific method of observing nature, developing testable explanations, and challenging those explanations with more observations.