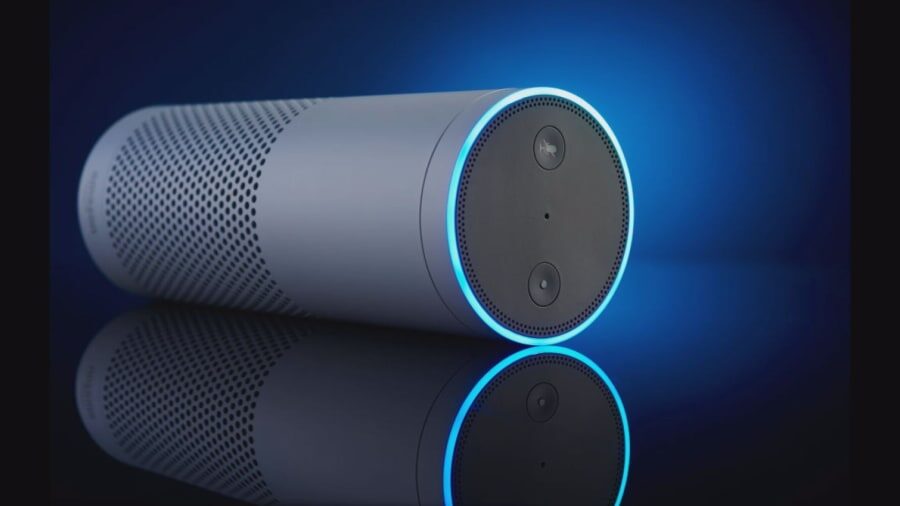 “Hi, this is an Alexa Prize Socialbot. Welcome back. I hope all is well. Random question: What is that one thing you want to do today?”

“Well, I’m going out with some friends tonight,” I say.

A few seconds go by, and the rim of the Amazon Echo shimmers blue, as if Alexa is the one thinking now.

“That sounds fun. I would also want to go.”

Over her voice bursts the chorus of Taylor Swift’s cheerful anthem “22.” Is this Alexa’s way of telling me she wants to get involved with the fun too? Or has she somehow already figured out that I’m 22?

“Let me know if you are able to,” she replies.

Now I’m laughing. “I wish it was a possibility, Alexa. How are you?”

And then, in a way I can only describe as sweetly, Alexa says: “Better, now that I’m talking to you.”

All you do to me is talk, talk 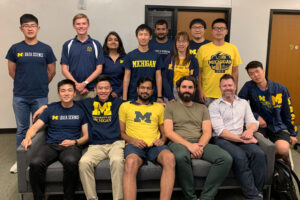 Think about the last conversation you had. Was it with a friend, a colleague, a stranger? Did you talk about the news, sports, entertainment, politics? Did it feel transactional — or engaging? Forced — or seamless? Did it feel like the other person was listening? What made it successful?

The main tenet of a conversation is that it’s an exchange, a back and forth sharing of thoughts, feelings, information in which its success is equally weighted on both parties involved. Conversations are something we traditionally view as purely within the realm of human-human interactions, but what if you could have a conversation with someone inhuman, and it could be equally, if not more, fruitful and enjoyable?

That is what University of Michigan’s Alexa Prize Socialbot Grand Challenge team is attempting to create.

The Alexa Socialbot Grand Challenge 3 is a university competition to further the capabilities of Artificial Intelligence (AI) by building a conversational Alexa skill. Teams are tasked with creating a socialbot, a robotic automated program that can have conversations about popular societal topics and current events. The overarching goal is to develop a socialbot that can effectively engage in a conversation for 20 minutes while earning a rating of at least a 4 out of 5; however, the team with the best socialbot will win regardless of reaching that goal.

Teams from around the world submitted applications to the challenge in May 2019. Out of hundreds of entries from 15 countries, 10 teams were selected, including one from the University of Michigan. The U-M team comprises 11 graduate and undergraduate members, 4 UROP students, and 2 co-advisors, School of Information Assistant Professor David Jurgens and School of Engineering Assistant Professor Nikola Banovic.

(This video can be found at developer.amazon.com/alexaprize. We’ve shared it here to give you an even richer idea of the competition scope and talent. Though, we must point out, it would have been better with a few Wolverines in the mix.)

The U-M team has been competing since the beginning of the academic year. Starting in September, they were tasked with developing their socialbot within a month’s time to submit for evaluation by early October. For the rest of October, the teams were able to fine-tune their socialbots to ensure the bots pass the certification needed to be used internally by Amazon employees and, ultimately, by Alexa customers.

Read more features about Engaged Learning at U-M.
After a beta period in November, the socialbots, including U-M’s creation named Audrey, went live to customers in December. That means that every time Alexa customers say, “Let’s chat,” they trigger the Alexa skill for the competition and will be randomly connected to one of the 10 team’s socialbots. After the conversation, the users are able to rate the experience. The beauty of this competition is that the teams get feedback from real customers with topical interests.

“One of the unique parts of this is that in normal academia, if we want to build a chatbot at my lab, we would have to recruit all these people to come chat with us and maybe we’d get a few hundred people,” Jurgens says. “We are getting that many or more every day, and we get this huge diversity in the kind of conversations we have.”

Conversing with the bots?

If the winning team is able to accomplish the Grand Prize of their socialbot conversing with users for at least 20 minutes with a 4 out of 5 rating, their university will be awarded a $1 million research grant. No pressure.
That has been an ongoing process. Audrey is able to discuss with Alexa customers on music, movies, and news, among other random topics. If a customer wants to talk about the news, the Audrey team has created algorithms that utilize headlines and titles data to summarize articles, resulting in a fruitful discussion on current events. If a customer wants to talk about a movie, Audrey mixes up facts from an array of sources to make the conversation more diverse and interesting. As Audrey has more and more conversations with a diversity of people, the group has been able to meet their interests.

“I think it’s our job to help steer that conversation,” Jurgens says, “[and] find a way to kind of signal to the user the kinds of things that we were able to chat about, so they feel satisfied and rewarded for that discussion, but aren’t like, ‘Why don’t you know abstract mathematical topology?’ We’re not going to do everything.”

The U-M team is structured into three functional groups: understanding users, generating sentences, and dialogue policy. The ‘understanding’ topic group works to ensure the socialbot comprehends what the customer is trying to say; the ‘generating’ segment makes generation models to create new sentences in response to the customer’s words. The ‘dialogue policy’ segment functions as the brain of the socialbot and selects which response is the most appropriate. All these groups work together to make every Alexa customer is getting the best experience out of their conversation with the Audrey socialbot.

If the conversation with Audrey goes poorly, the appropriate functional group steps in.

“One solution hasn’t solved everything,” Hong says. “We have to tweak things, so every day it’s a challenge, something new is always coming up.” 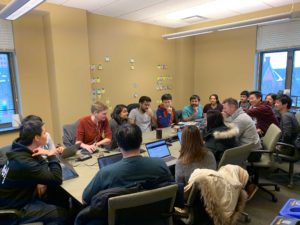 The members of the team work anywhere between 10-30 hours a week, including a weekly meeting every Tuesday and sessions on Saturdays.

“It is a lot,” Jurgens says, “and certainly a lot of students have learned about time management and juggling responsibilities from having to keep an active socialbot online.”

While a huge commitment, the students have embraced the unusual opportunity.

“I’ve never done anything on this magnitude in terms of usage, impact, or size,” says Zhizhuo Zhou, EECS computer science sophomore. “This is an opportunity for me to try something and get experience with something way bigger than anything I could have done myself. With the team, we are able to do it.”

While building a socialbot has its challenging moments, creating something where students have a direct impact on real customers and interactions has been more than thrilling.

“My favorite part is seeing Audrey, our socialbot, have a successful, or even just funny, interaction,” says Ryan Draves, EECS computer science junior. “Sometimes it feels like happenstance, other times it feels like it’s coming together and that we really have an intelligent system.”

Is anyone else as freaked out by Alexa as Michigan Today’s editor? Who owns one? How do you feel about it?
As of Feb. 3, the Audrey team is in the Quarter-Final stage, which ends March 17. During this round, teams will be divided into two brackets and the three top socialbots in each bracket (six teams) with the highest average ratings will move on to the next phase. All teams are invited to the Alexa Prize Summit held in March 2020 in Seattle.

Regardless of whether the U-M team moves on or not, members say the process has provided many lessons.

“This competition has been a tremendous learning experience for me,” says Sagnik Sinha Roy, data science master’s student in the School of Information. “It has helped me to understand neural network-based generative models better, as well as how to work effectively in a team so as to maximize output.”

“We get to work on a problem that’s not solved yet,” Hong says. “Working on this has made me realize how hard of a problem this is and there’s a really long way to go in terms of natural language processing. When you hear about AI taking over the world,” Hong laughs, “it’s not that easy!”

The winning team will be awarded $500,000; the second and third place teams awarded $100,000 and $50,000 respectively. If the winning team is able to accomplish the Grand Prize of their socialbot conversing with users for at least 20 minutes with a 4 out of 5 rating, their university will be awarded a $1 million research grant. 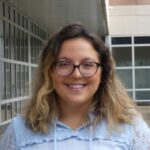 STEPHANIE GRAU is a senior in LSA, studying English language and literature with a minor in business. Stephanie is planning on pursuing law school with interests in public policy, healthcare, and intellectual property law. She was a copyeditor for The Michigan Daily and volunteers with the American Medical Women's Association as chair of its women's health committee.
Social
Share on: Share on Twitter Share on Facebook