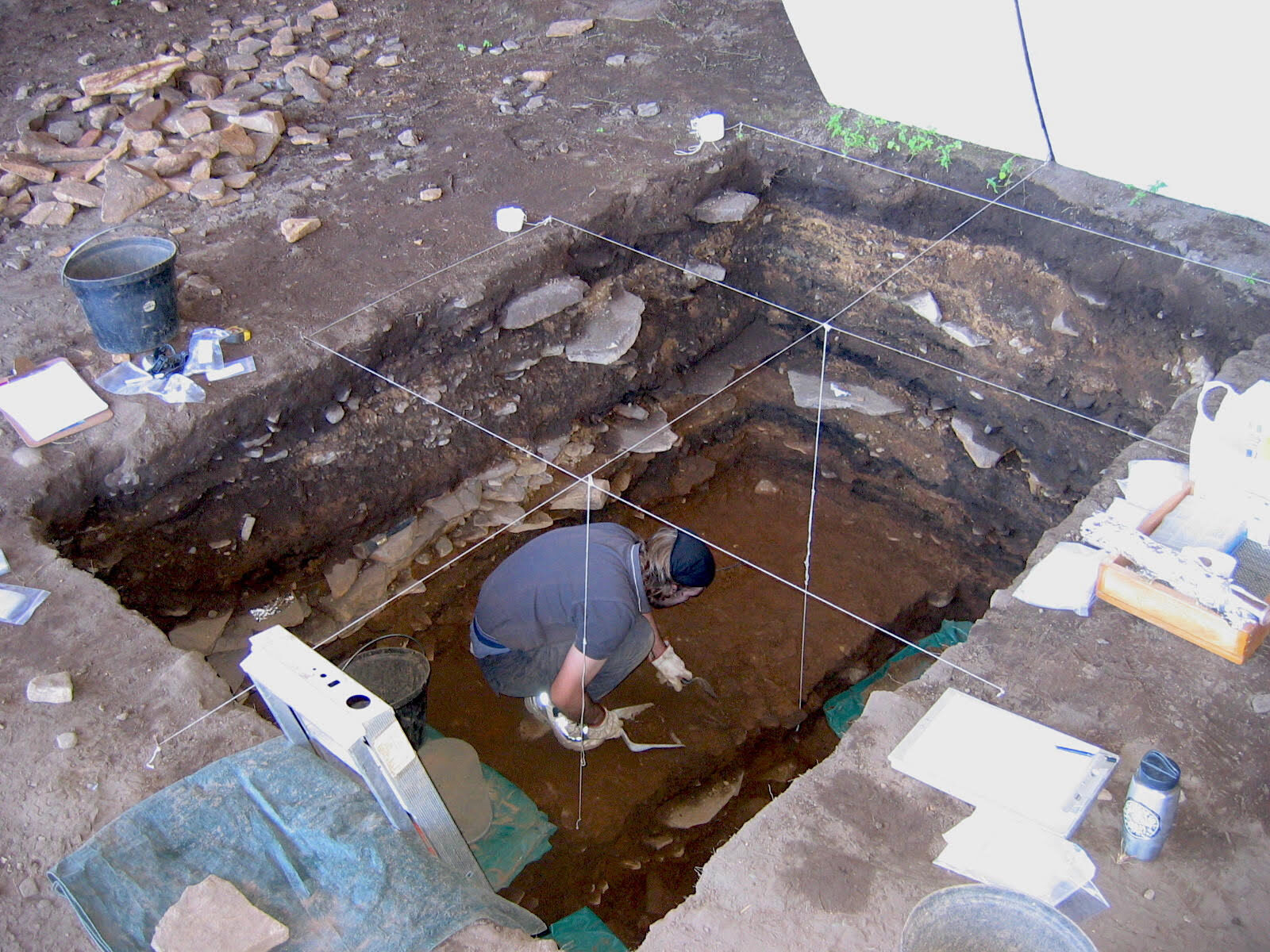 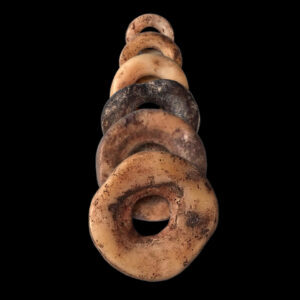 A clump of grass grows on an outcrop of shale 33,000 years ago. An ostrich pecks at the grass, and atoms taken up from the shale and into the grass become part of the eggshell the ostrich lays.

A member of a hunter-gatherer group living in southern Africa’s Karoo Desert finds the egg. She eats it, and cracks the shell into dozens of pieces. Drilling a hole, she strings the fragments onto a piece of sinew and files them into a string of beads.

She gifts the ornaments to friends who live to the east, where rainfall is higher, to reaffirm those important relationships. They, in turn, do the same, until the beads eventually end up with distant groups living high in the eastern mountains. Ostrich eggshell beads have been used to cement relationships in Africa for more than 30,000 years.

Thirty-three thousand years later, a University of Michigan researcher finds the beads in what is now Lesotho, and by measuring atoms in the beads, provides new evidence for where these beads were made, and just how long hunter-gatherers used them as a kind of social currency.

In a study published in the Proceedings of the National Academy of Science, U-M paleolithic archeologist Brian Stewart and colleagues establish that the practice of exchanging these ornaments over long distances spans a much longer period of time than previously thought.

“Humans are just outlandishly social animals, and that goes back to these deep forces that selected for maximizing information, information that would have been useful for living in a hunter-gatherer society 30,000 years ago and earlier,” says Stewart, assistant professor of anthropology and assistant curator of the U-M Museum of Anthropological Archaeology.

“Ostrich eggshell beads and the jewelry made from them basically acted like Stone Age versions of Facebook or Twitter ‘likes,’ simultaneously affirming connections to exchange partners while alerting others to the status of those relationships.” 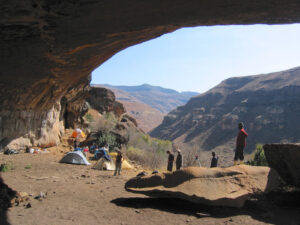 Lesotho is a small country of mountain ranges and rivers. It has the highest average of elevation in the continent and would have been a formidable place for hunter-gatherers to live, Stewart says. But the fresh water coursing through the country and belts of resources, stratified by the region’s elevation, provided protection against swings in climate for those who lived there, as early as 85,000 years ago.

Anthropologists have long known that contemporary hunter-gatherers use ostrich eggshell beads to establish relationships with others. In Lesotho, archeologists began finding small ornaments made of ostrich eggshell. But ostriches don’t typically live in that environment, and the archeologists didn’t find evidence of those ornaments being made in that region — no fragments of unworked eggshell, or beads in various stages of production.

So when archeologists began discovering eggshell beads without evidence of production, they suspected the beads arrived in Lesotho through these exchange networks. Testing the beads using strontium isotope analysis would allow the archeologists to pinpoint where they were made. 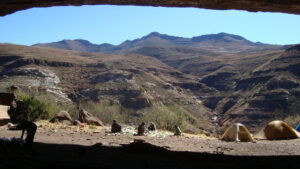 Lesotho is roughly at the center of a bullseye-shaped geologic formation called the Karoo Supergroup. The supergroup’s mountainous center is basalt, from relatively recent volcanic eruptions that formed the highlands of Lesotho. Encircling Lesotho are bands of much older sedimentary rocks. The outermost ring of the formation ranges between 325 and 1,000 kilometers away from the Lesotho sites.

To assess where the ostrich eggshell beads were made, the research team established a baseline of strontium isotope ratios — that is, how much strontium is available in a given location — using vegetation and soil samples as well samples from modern rodent tooth enamel from museum specimens collected from across Lesotho and surrounding areas. 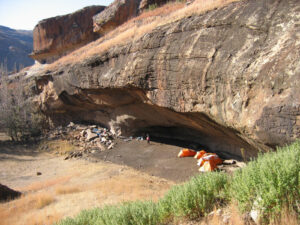 According to their analysis, nearly 80 percent of the beads the researchers found in Lesotho could not have originated from ostriches living near where the beads were found in highland Lesotho.

“These ornaments were consistently coming from very long distances,” Stewart says. “The oldest bead in our sample had the third highest strontium isotope value, so it is also one of the most exotic.”

Stewart found that some beads could not have come from closer than 325 kilometers from Lesotho, and may have been made as far as 1,000 kilometers away. His findings also establish that these beads were exchanged during a time of climactic upheaval, about 59 to 25 thousand years ago. Using these beads to establish relationships between hunter-gatherer groups ensured one group access to others’ resources when a region’s weather took a turn for the worse.

What’s on your mind?

“What happened 50,000 years ago was that the climate was going through enormous swings, so it might be no coincidence that that’s exactly when you get this technology coming in,” Stewart says. “These exchange networks could be used for information on resources, the condition of landscapes, of animals, plant foods, other people and perhaps marriage partners.”

Stewart says while archeologists have long accepted that these exchange items bond people over landscapes in the ethnographic Kalahari, they now have firm evidence that these beads were exchanged over huge distances not only in the past, but for over a long period of time. This study places another piece in the puzzle of how we persisted longer than all other humans, and why we became the globe’s dominant species.

Stewart’s co-authors include U-M graduate student Yuchao Zhao, as well as Peter Mitchell the University of Oxford, Genevieve Dewar of the University of Toronto Scarborough, and U-M’s James Gleason and Joel Blum.