It starts with a downburst

The one that caught our attention 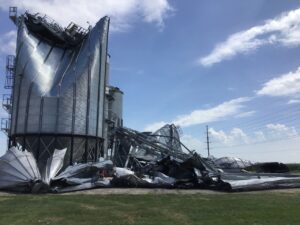 On Aug. 10, 2020, a derecho with up to 140-mph winds and heavy rains originated along the South Dakota-Nebraska border and moved through Iowa and Illinois. The storm weakened as it crossed Indiana and Michigan, but left tremendous damage in its wake, especially in Cedar Rapids, Iowa. This local account captures the experience.

Derecho is a word you don’t hear too often. I confess I had not heard the term prior to the 2012 derecho in Washington, D.C. It’s the name assigned to a collection of thunderstorms that organize in a particular way. Just as hurricanes are classified by minimal threshold winds (74 mph), a storm is classified a derecho by 58-mph wind gusts and a swath of destruction that extends more than 250 miles. The term came into usage in the late 1800s to differentiate this type of storm from a tornado. Tornados have rotating winds; derechos have more straight-line winds.

We may need to accept that what we have been doing is no longer sensible, or even possible.
This most recent derecho may have been losing steam by the time it entered Michigan, but my GLISA colleague and climatologist Michigan State Professor Jeff Andresen says the southwest part of the state experienced crop damage and power outages. The derecho also had Lake Michigan sloshing back and forth.

More generally, the southern part of Michigan, and especially the southwestern part of the state, is in the region of relatively high occurrence of derechos. In a statistical sense, it can be argued that parts of the Midwest endure derechos with the same frequency that Florida experiences hurricanes.

The question naturally arises: What is the relation of derechos to our warming climate, and how should we plan for the future? 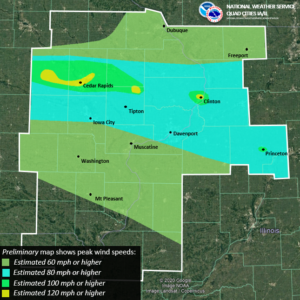 Writing about Hurricane Dorian and climate change, I noted that a specific set of background conditions are required in the environment for a hurricane to form and intensify. And as the environment changes, so will the characteristics of hurricanes. Derechos also require alignment of supporting background environmental conditions. We don’t know enough yet to make any evidence-based claims about how the patterns that support derecho development will change and evolve over time because these systems are beyond our ability to simulate.

However, we can examine thunderstorms, which are the derecho’s key ingredient. We know the warming planet provides the heat and increased humidity that intensifies thunderstorms. And we know there is and will be increasing heat in the background environment. The atmosphere has no choice but to respond. So does this mean more or less frequent derechos? Will they be more or less severe? We don’t know.

Therefore, as I argued for hurricanes, we should expect all of the types of variability associated with derechos to change. There is no reason to expect a single outcome for derechos from a warming climate. The descriptions of both the Cedar Rapids and Washington, D.C., derechos note the high temperature, high humidity, and contrasts between wet and dry air. It is plausible to expect with more heat in the environment, that when derechos occur, the probability of severe wind and rain will be higher. 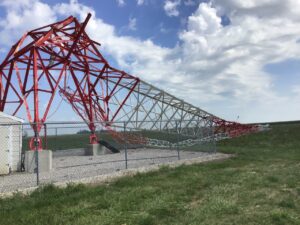 Though our attention is naturally drawn to extreme weather events and their immediate damage, I suggest we take an alternate view. With hurricanes, we know higher sea level and storm surge are interconnected. As wind storms and extreme precipitation continue to knock down forests and disrupt ecosystems, we can be sure that recovery of those ecosystems will occur in a different climate than when they originally formed. We will benefit from factoring in the warmer temperatures and changed water availability as we manage ecosystem recovery. We will need to think about new species of trees, and pay close attention to new types of invasive plants and animals.

We also can reasonably state that the geographical region in which derechos occur also should change with time. All of these organized systems of thunderstorms depend in some way on what is happening in the atmosphere where the jet stream occurs. We can expect the jet stream over North America to move northward in the summer, and the region conducive to forming derechos is likely to follow.

Where does this leave us? 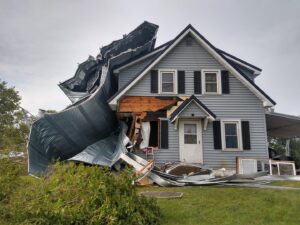 The destruction caused by recent derechos comes in large part from where and when they occurred. The landscape that is defined by the massive cornfields of the Midwest tells us severe weather delivers severe impact. If storms occur in the built environment, extensive damage is likely. The more built environment, the more damage.

Logic, science-based knowledge, and analysis of the underlying causes of severe weather, including derechos, suggest that extreme weather events will have more energy associated with them in the coming decades. More extreme winds, higher temperatures, and heavier precipitation will be realized. What we now consider extreme will occur more frequently. It is, perhaps, only of secondary importance whether these atmospheric effects are realized as derechos, tornados, or clusters of thunderstorms.

Building codes, zoning ordinances, ecosystem management, and climate-informed insurance are just a few elements that will inform planning for future events. And in many cases, weather-related risk is incorporated into current planning. So while the existing process doesn’t need to be reinvented, it does need to be modified to anticipate the elements of climate change that push the boundaries of our current practices. We may need to accept that what we have been doing is no longer sensible, or even possible.

That challenge, of recognizing the inability to cope, then becomes the motivation to intervene and limit the warming.