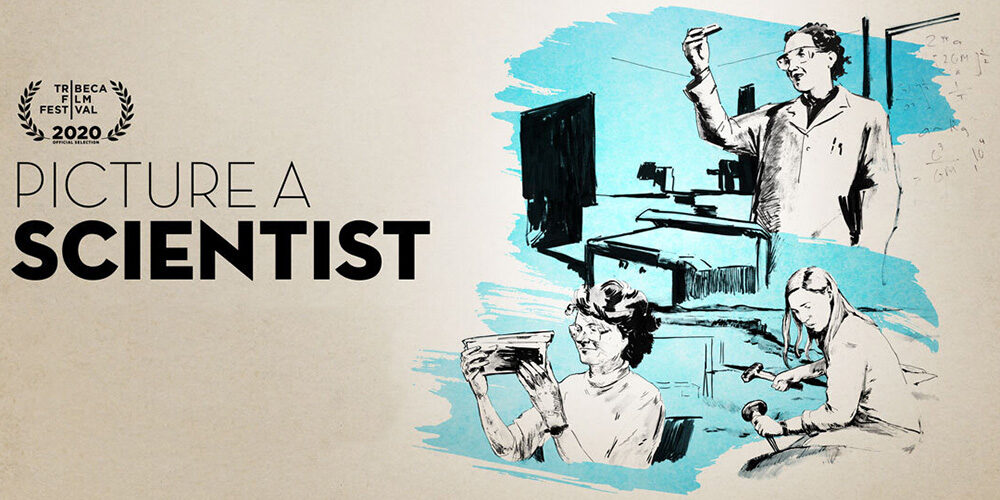 Filmmaker Sharon Shattuck, BS ’05, experienced some of her most cinematic lessons amid the trees at U-M’s Biological Station. 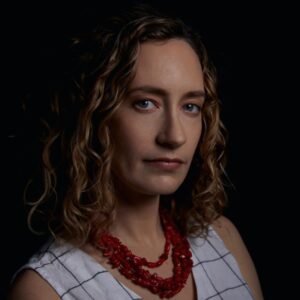 To her untrained eye, everything in the Northern Michigan forest “just looked kind of green.” And then she took a course called Woody Plants. Soon the monoculture she once perceived gave way to a vast, interrelated network of native species, invasive species, and evolving plant variants. She could sense the landscape’s history. It was almost as though she could see in five dimensions.

“It just feels like you’re rooted in a different way,” Shattuck says of this heightened awareness, which inspired her to pursue forest ecology. “I find the strongest, most resilient ecosystems are ones that are diverse ecologically, so if some blight comes through it’s not going to kill everything at once. I think of science in the same way. More diversity equals better science.”

It turns out more diversity in filmmaking equals better documentaries, too, as this ecologist proves in her new film, Picture a Scientist. 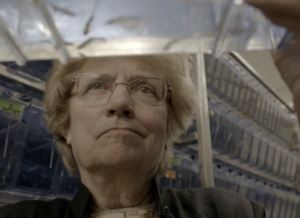 The most experienced scientist is Hopkins. She joined the MIT faculty as an associate professor in the Center for Cancer Research in 1973. She brought her PhD degree from Harvard, where she had trained under James Watson, the scientist who formulated the molecular model for DNA with Francis Crick. Watson encouraged Hopkins’ career aspirations; by the time she arrived at MIT, she believed civil rights and affirmative action had solved gender discrimination.

She was wrong. Countless clues along her career trajectory (disparity in earnings, lab space, and funding between male and female faculty) would prove just how wrong.

“I had seen that discrimination can be extremely costly. It can prevent people from rising to the top, and it can even prevent them from being recognized when they do,” Hopkins wrote in a 2000 report about women in the chemical workforce. “But I thought I was the only person who had figured this out.”

Not surprisingly, Chemist Raychelle Burks and geologist Jane Willenbring would figure it out too. 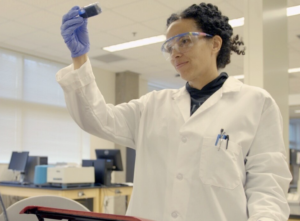 Burks, an African American associate professor of analytical chemistry, also is a science communicator who often appears on the Science Channel. In 2020, she received the American Chemical Society Grady-Stack award for her public engagement excellence. She still experiences implicit and explicit bias in the workplace.

“She talks about how much time it takes her to craft emails in response to people who are aggressive or dismissive,” Shattuck says. “She doesn’t want to be perceived as ‘the angry Black woman.’ I thought, ‘Wow, that is something I have never had to deal with.’ It’s important for people to hear.”

Willenbring brings yet another perspective on women in STEM. She is a geomorphologist and has won multiple awards, including the Antarctica Service Medal and the National Science Foundation CAREER Award. As a researcher at Boston University in 1999, Willenbring was harassed by her adviser during an expedition to Antarctica. She was 22 years old and the only woman on a four-person team. A male colleague was aware of the abuse, but he stayed quiet at the time. “He thought she could handle it and she did handle it,” says Shattuck. “But in hindsight, he wished he said something.”

That same colleague got his chance nearly 20 years later when Willenbring took a job at Scripps Institution of Oceanography and filed a Title IX complaint against her former BU adviser. (She waited to file until after she received tenure.) This time her colleague authored a letter supporting Willenbring. The adviser has since been fired. 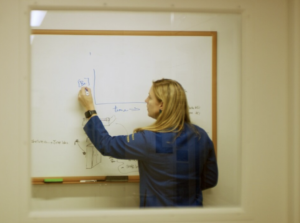 As a filmmaker, Shattuck relied on the scientific method to support her thesis that more diversity equals better science. She co-directed and co-produced the documentary with her filmmaking partner Ian Cheney.

“We decided to have these three characters as our main storyline, but we also relied heavily on social scientists and different research studies,” she says. “This isn’t about a couple of women who had really bad luck, you know?”

In a 2012 Yale study, for instance, researchers asked 127 scientists to review a job application of identically qualified male and female students. The researchers found that the faculty members – both men and women – consistently scored the male candidate higher on a number of criteria and were more likely to hire the male.

Shattuck compares such deep-seated implicit bias to the iceberg that destroyed the Titanic.

“The little bit that’s poking out above the waterline, that’s the really big stuff that you would file Title IX about,” she says. “And then under the waterline is 90 percent more of this iceberg, and that’s all these little subtle discriminations, where you think, ‘Was that because I’m a woman?’ It could manifest as being left off emails, being ignored in meetings, or not being consulted even though you’re the clear expert in the field. And it just kind of piles up. These subtle things can be just as damaging to a woman’s career. In the film, Jane says, ‘A ton of feathers is still a ton.’ And I thought that was a really good way of putting that.”

According to data from UNESCO’s Institute of Statistics, less than 30 percent of the world’s researchers today are women. In addition, UNESCO data (2014-16) reports only around 30 percent of all female students select STEM-related fields in higher education. These numbers underscore the importance of a film that shows women pursuing science.

“I find the strongest, most resilient ecosystems are ones that are diverse ecologically. If some blight comes through, it’s not going to kill everything at once. I think of science in the same way. More diversity equals better science.”
Shattuck says she never experienced discrimination as a scientist, but she suspects it’s because she left the field early to pursue a degree in her other passions: journalism and film. She received a master’s degree from NYU, and her first full-length documentary, From this Day Forward, was released in 2015. The film is her memoir about growing up with a transgender parent. It was distributed theatrically with Argot Pictures and broadcast nationally on PBS’ POV series in 2016. A New York Times Critic’s Pick, the film was distributed on Netflix, SundanceNow, Amazon Prime, iTunes, and VHX.

Picture a Scientist was an official selection of the 2020 Tribeca Film Festival, postponed due to COVID. It’s been described as “fascinating and frightening” by WGBH; The Boston Globe’s review: “Quietly devastating.” The filmmakers have screened it for members of Congress, the National Academy of Science, NASA, and more. Nonprofits, research institutes, and academic institutions can initiate screening requests online. Negotiations are underway for a broadcast and streaming deal; Shattuck hopes the film will be widely available next spring.

Shattuck says an integral message in the film is the importance of allies – culled from any gender.

“I really think we need male allies to try to fix this problem,” Shattuck says. “It shouldn’t be just on women and minorities to try to fix a system that’s broken because of the people who are running it. In the film, we are not pointing the finger at men and saying, ‘How dare you!’ It’s more like, ‘Please come with us because we just really want to make science a better enterprise.’”

And that’s the bottom line. It’s the science that motivates these women to fight for their livelihoods, not to mention their self-respect.

“They love what they do,” Shattuck says. “Sometimes, it’s the wonder of discovery. And other times, it’s just spite. It’s like, I’m going to show this guy that I know what I’m doing and I belong here. That’s just as legitimate. And it can definitely keep you going.”