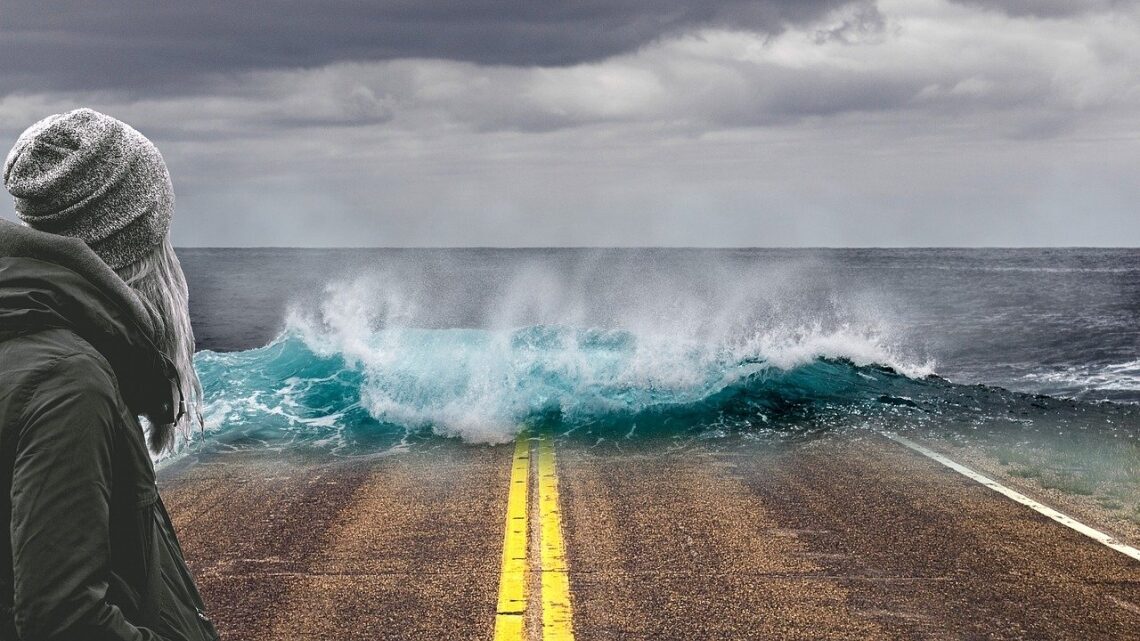 Postcards from the Edge

In my previous column, I wrote about letters I receive from non-scientists questioning global warming. This month, I dig deeper into the mailbag to write about two types of correspondence I receive from scientists and engineers.

When I told my undergraduate advisor I was considering meteorology or oceanography, he made it clear that all of those problems had been “solved” in the mid-19th century.
As with the earlier correspondence I described, many of these letters share a common feature: the presence of logical flaws. The writer will focus on a particular aspect of climate science and selectively exclude evidence that does not support their thesis. This is a form of cherry picking. It leads to an interesting conundrum of a credentialed scientist who maintains a fundamentally flawed argument — often supported by special interests or paid consultants.

Those who maintain that climate science is “weak” science often express discipline superiority or arrogance. Several of these writers are physicists. They tend to feel their training imbues them with fundamental insights that climate scientists have missed. I, like many of my colleagues, started as a physics major. When I told my undergraduate advisor I was considering meteorology or oceanography, he made it clear that all of those problems had been “solved” in the mid-19th century.

This raises an interesting aspect about the culture of science — basic versus applied research. I prefer the term “use-driven research” to applied research. Our culture loves basic research, the exploratory kind in which the goal is to produce knowledge, not solve a specific problem. Basic research often leads to conclusions that eventually find a revolutionary application. Hence, we never know when the research might pay off. This is a valid argument, but not the only reason to pursue scientific investigation.

When I worked at NASA, I wrote tedious memos regarding the public and legislative support of space science versus Earth science. It is extremely cool to see those amazing pictures of Pluto, but it is quite disturbing to see rapidly rising sea levels. There is something fundamentally human in this point. (It’s like the difference between people who want to know if they have a genetic marker to get a rare disease 30 years from now, and those who prefer to wait and see.) 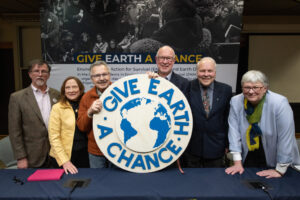 Six members of the original 1970 Teach-in for the Environment reconvened in March 2020. (Image: Michigan Photography.)

Discipline arrogance creates a more complex scenario than the standoff between basic versus use-driven research. The complexity of mathematics often is used to evaluate the sophistication and virtue of scientific research. It’s as though mathematical prowess equates to rigor. This assertion is both flawed and, at times, discriminatory. (Some might like this short story.)

Those who consider climate science “weak” also tend to believe science is achieved solely by the design of controlled experiments that prove cause and effect, i.e., that water boils at 100 degrees C (212 degrees F). They disregard the reality that when studying complex natural systems, such as our climate, it is not so easy to establish cause and effect beyond a shadow of a doubt. And there are countless examples of natural science (biology, chemistry, and physics) in which we establish knowledge, including cause and effect, without the benefit of controlled experimentation.

The challenge of consensus

As I dig a little deeper in the mailbag, I am sure to find additional correspondence that labels me a liar. Sometimes a writer suggests a hellacious end for me.

These writers tend to have a problem with the “consensus approach” to establishing the credibility of a body of knowledge. Some of this is psychological: Is the herd always right? The short answer is no. One might look back on the motivated reasoning of investigations of human race and intelligence. This line of herd thinking perpetuated itself well into the 20th century.

As I dig a little deeper in the mailbag, I am sure to find additional correspondence that labels me a liar. Sometimes a writer suggests a hellacious end for me.
However, there is tremendous value in the development of consensus that emerges from competing explanations of a phenomenon.  A classic example of this is the ozone hole. In the beginning, some scientists maintained atmospheric motions (dynamics) caused the ozone hole; others cited chemical destruction as the cause. In this case, chemistry played a dominant role. It should be noted the motions of the atmosphere not only set up the conditions for the chemistry to occur, but also caused transient low values of ozone. Consensus emerged on the chemical causes; now we regulate ozone-destroying chemicals and can observe the recovery of ozone.

The case of the ozone hole is common; namely, most phenomena are not “caused” by a single factor. This fact challenges those whose philosophy of science is anchored in singular cause-and-effect experimentation.

Consensus, like many other concepts, can be powerful or weak. So how do we manage the power of organizing within a community’s body of knowledge (consensus) while also choosing intelligent ways to challenge the consensus because it might be wrong? This is the actual work of science.

These sources of uncertainty and the question of “how predictable is our climate” challenge both scientists and non-scientists. How do we quantify and describe uncertainty? How do we place it into context? How do we keep it from paralyzing us? These are sticky questions, especially if one’s philosophy requires uncertainty to be quantified and minimized for the knowledge to be “right.” In this case, the future climate is unknowable.

Scientists are human, and humans interpret the world as individuals. Humans have complex beliefs, not all of which derive from scientific evidence. Religion is a powerful belief system, often used to reach contradictory conclusions on whether humans should address climate change. For some, these beliefs trump science and absolve humans from any responsibility.

All of the scenarios I’ve described here are based on individuals’ beliefs and philosophies. Beliefs about climate change can be deeply held. And sometimes they are the result of superficial self-interest.

I conclude that, yes, global climate models bring large uncertainties. However, when used as guidance in concert with observations, fundamental physical laws, and complementary models developed to understand uncertainty, we can be unequivocally certain of one thing: In the coming decades, the planet will warm, sea level will rise, and the impacts on humans and ecosystems will be far-reaching.

A well-challenged consensus aligns behind this, and I believe it is our responsibility to use this knowledge to advance the common social good.