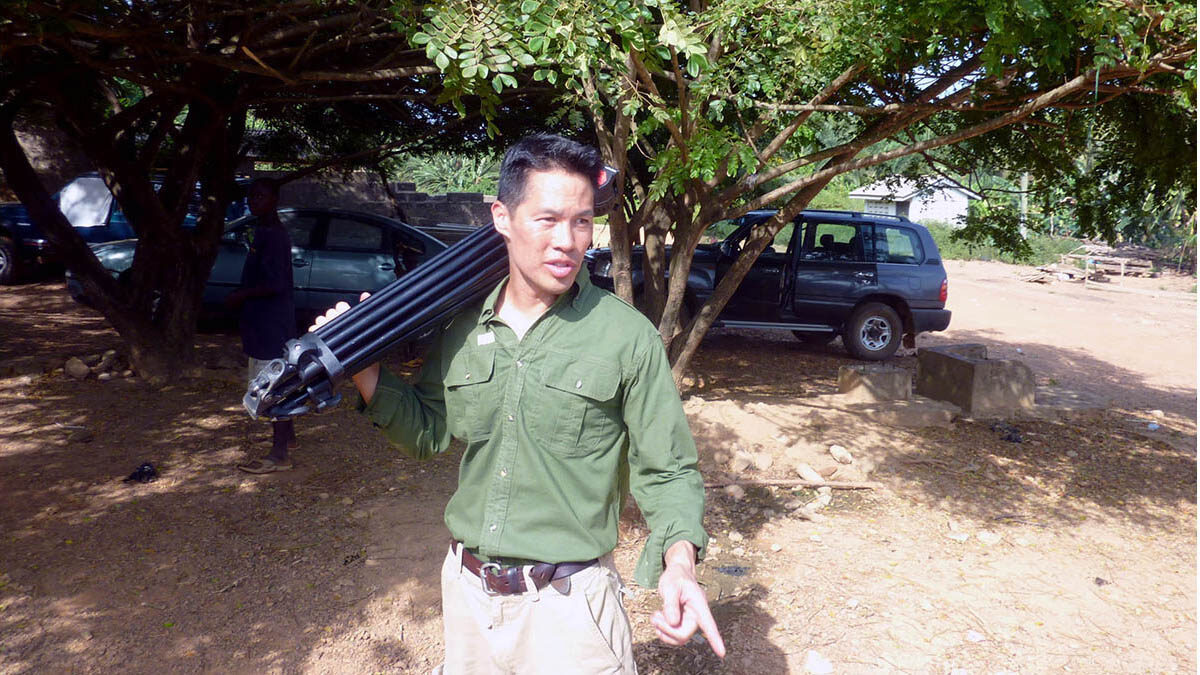 About five years ago, Richard Lui, MBA ’01, received a call in New York from an Emergency Room doctor treating his elderly father in San Francisco. Mr. Lui was fine but had been pushed to the ground by a stranger who ran away.

“It was another bout of anti-Asian incidents in the Bay Area,” says Lui, the alumnus who leads this issue with his story of extraordinary selflessness. “We are living through a time where hate and violence are cheap.”

“We like wins,” Lui says, “and if we don’t win, if we engage in a way that doesn’t work for us, that’s considered a loss. We’re afraid that if we are nice, people will respond meanly.”

Lui is a cross-country caregiver for his elderly father living with Alzheimer’s Disease. He also is a longtime broadcaster, the first Asian American man to anchor the news for NBC, MSNBC, and CNN.

But for whatever reason, he did not report on his father’s incident until he spoke about it this year in a May 2021 editorial in the San Francisco Chronicle.

“I’m a reporter who’s supposed to be shining light on stories that need to be told, and here was one that was right in front of me,” he says. “Why do we have over 6,600 reports of anti-Asian incidents from March 2020 to March 2021? We don’t have a lot of data on it, but that’s a huge leap. One reason it’s there is because we are not reporting it.”

In this video, presented by Julia Lee Cunningham and the Center for Positive Organizations at Michigan Ross, Lui reflects on the more subtle racist notion of the “model minority” in corporate America. “Google it,” he says, “because you need to know it, so you never use it or think it.”

Lui spoke to Cunningham from his perspective as a journalist who has seen the epitome of selfishness in the streets. One of his earliest stories was the 1991 beating of Rodney King by Los Angeles police. “And then there was Freddie Gray and Eric Garner and Michael Brown and George Floyd,” he notes. “Here I am saying the same thing over and over again.”

To counter that narrative, Lui produced the documentary Sky Blossom to showcase the extraordinary resilience demonstrated by our nation’s youngest caregivers, the 5 million teenagers 17 and younger, who care for family members dealing with illness and other struggles. He also wrote the book Enough About Me to share stories of selflessness he’s encountered in his career.

Lui has developed an interesting notion about counteracting selfishness and racial bias in the workplace. (See the video at about the 49-minute mark.)

Make a list of three people you could never see yourself hanging out with, and take them to lunch three times, he suggests.

“Take them to the Brown Jug, wherever your Brown Jug is, and hang out.”

Research from Stanford shows this technique works toward diffusing race-related discomfort. If someone scored 100 in an assessment before the experience, their score was reduced to nearly zero after the third meeting, he says.

That is encouraging news. Just imagine the organizational applications.

But does it have to be the Brown Jug?