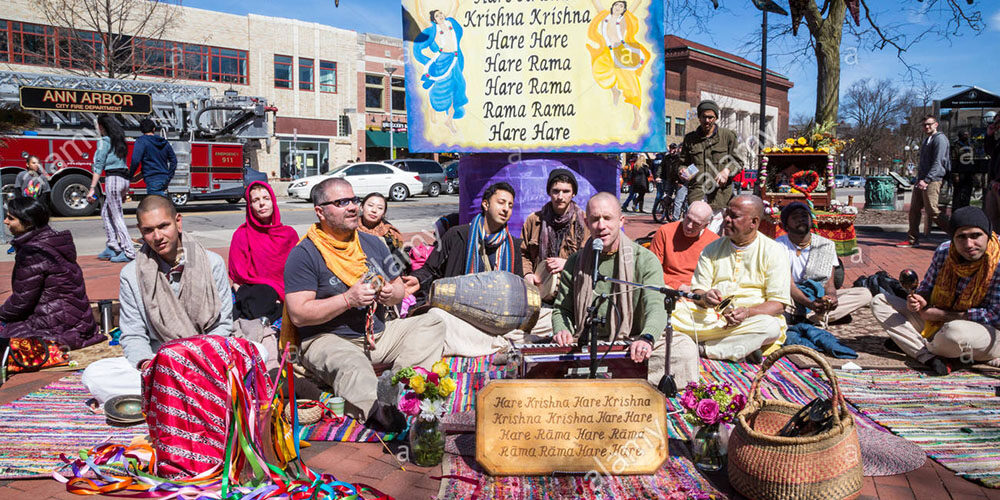 As a kid growing up in the Detroit suburbs through the ’60s and ’70s, I entertained certain notions about this exotic place called Ann Arbor. I was the youngest of five children, and with a gap of six years between me and my next closest sibling, I lived in my head quite frequently. Much of my time was spent hiding around corners, listening to parents bemoan the downfall of Western Civilization as hippies took over the culture.

“Good Lord, by the time Deb gets married, they’ll be walking down the aisle in the nude,” I remember my father saying, tossing the latest copy of Life magazine on the coffee table in disgust. It may have had the Beatles on the cover with Maharishi Mahesh Yogi.

I did have a bona fide, meditating hippie for a brother — yes, he tried to levitate the nation’s Capitol Building, back before violent insurrection was all the rage. I found funny cigarettes on his bed and usually could smell his body odor before he entered a room. His refusal to apply to U-M was a constant source of consternation for my conservative auto exec father, a 1949 graduate of the College of Engineering. Pop was further aggravated by the fact that my MC-5-loving brother enjoyed the “social stimulation” offered by the funky clothing stores, record shops, Hare Krishnas, and long-haired citizens of Ann Arbor. The University was of no interest.

Well, today’s Ann Arbor is not our father’s Ann Arbor. Nor is it our brother’s. Generic high-rises and chain stores have stripped our quirky town of much of its original shaggy charm, though icons like the Fleetwood Diner and Pizza Bob’s still hang on. The Food Co-op, once considered so radical with its organic yogurt and bean sprouts, is now just another shopping destination. Changing trends and real estate prices have always been the enemy of nostalgia, and COVID-19 joined that enemy of late, forcing the closure of stores and restaurants we didn’t even know we would miss.

As I walked through the Art Fair this year — thrilled by its return — I often was shoulder to shoulder with people I’d never met. I was both thrilled and anxious. My double-vaccinated self was delighted to be out, but a little overwhelmed by this mass of humanity that had long been absent from the streets.

Something was slightly off. The booths were spaced further apart than usual. Vendors I’d grown accustomed to visiting were missing or in alternate locations. I was afraid to touch anything. I passed an empty restaurant with a “For Lease” sign and remembered outings with my dear friend who passed away from cancer during the pandemic. I started to freak out a little. Would life ever return to normal?

(The top image is not from 2021. It comes from Alamy Stock. I was so overwhelmed by relief, I forgot to take a photo myself!)