There is a season 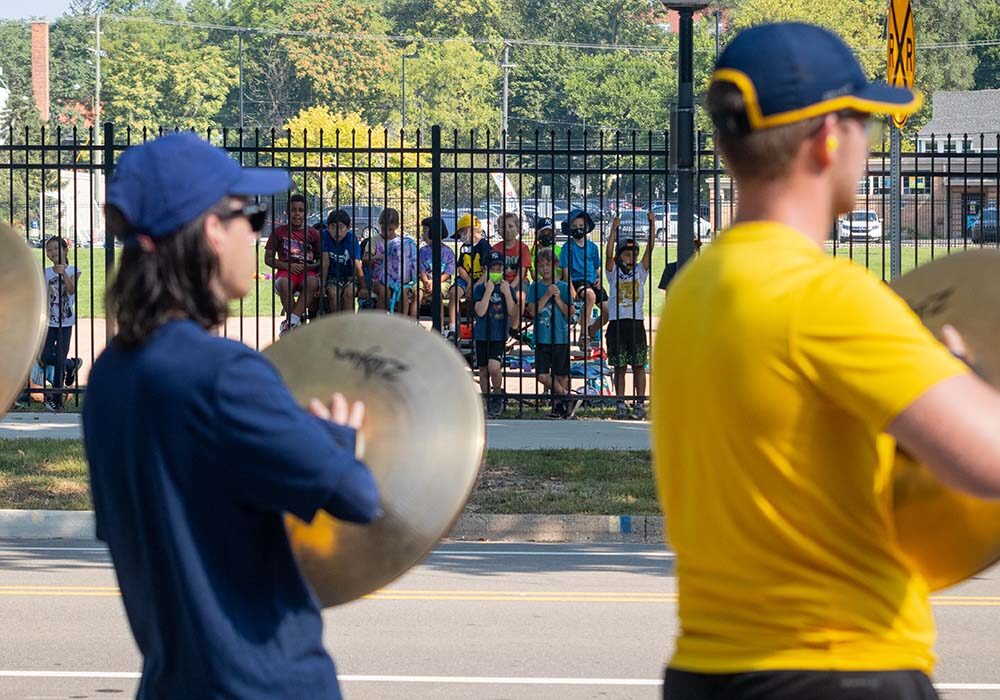 Earlier this week, I interacted with live humans at an outdoor, going-away party for my colleague, Nicole Casal Moore. She is a writer at Michigan News with an expertise in engineering. I used to see her nearly every day for eight years. In the past 18 months, our paths have crossed once, maybe twice. It was weird to say I was going to miss her when I already did.

Driving to North Campus for the afternoon shindig (complete with Block M sugar cookies that turn your teeth blue!), I got mired in the most incredible traffic jam. Did I mention it was nearly 100 degrees and I was running late? As I did my best to stay calm and tamp down the road rage near the Athletics Campus, it dawned on me.  Move-in Day. I had picked the worst possible route to cross town.

But what started as the ultimate rookie mistake turned into a glorious exercise in gratitude. I was out of my house. I was sweating like a madman. But I was surrounded by life force. Three-dimensional, breathing humans were jaywalking in front of me, blocking intersections, wheeling huge carts filled with pillows and throw rugs. Overcome with delight, I exhaled, cranked the Aerosmith on the ’70s channel, and took a chill pill.

A time to every purpose

This issue of Michigan Today marks an exciting return to editorial tradition, long since delayed due to COVID-19: Writers Jim Tobin and John U. Bacon are back in the fold. Mark me, you will enjoy hearing their voices on paper again. It’s almost as good as listening to Michelle Krell Kydd, Ann Arbor’s professional nose, describe the scentscape of Ann Arbor in the newest episode of “Listen in, Michigan.”

And there’s yet another triumphant return this season: The Michigan Marching Band is together again, live in the classroom, on the field, and in Michigan Stadium. That whole virtual band thing was awesome last year, but nothing compares to the real thing. Believe me when I tell you, I have driven past Elbel Field more than once since the toe-tapping tuba players have taken up their instruments.

Pete Seeger made the Bible cool when he turned a verse from the Book of Ecclesiastes into the folk/pop song “Turn! Turn! Turn! (To Everything There Is A Season).” It hit me as I made some sort-of-post-COVID small-talk about wearing socks one day in the future. How different fall 2021 is going to be from the solo autumn spent at my kitchen table last year!