Willis Ward: More than the game

They called it a “gentleman’s agreement.”

It was an informal adherence to a tradition whereby college football teams from northern states would bench their Black players when competing against schools from the Jim Crow south.

And on Oct. 20, 1934, U-M athletic director Fielding Yost honored this agreement by pulling Willis Ward, arguably Michigan’s best player, out of a game against Georgia Tech.

It wasn’t exactly a surprise. Rumor of Ward’s benching had reached U-M students weeks earlier, and many had voiced strong opposition through petitions, meetings, and letters. The incident drew national attention, and opinions from alumni and community members — both in favor of Ward’s benching and against it — poured into the University. One letter to The Michigan Daily read: “This is a very cosmopolitan campus, where racial discrimination is supposedly abolished. But is it?”

Yost’s decision indelibly linked Ward’s legacy to a single event rooted in deep prejudice. But the impact of his rich and interesting life goes far beyond that game. With this in mind, the Bentley Historical Library began researching its own historical collections, as well as outside resources, to take a broader look at Ward’s legacy.

“There is a continuing interest in Ward’s story, and it’s important that the story is accurate and goes beyond just the one game,” says Bentley Athletics Archivist Greg Kinney. “Ward was deeply affected by the benching, and at the same time, he persevered and didn’t let it stop him. His achievements before and after Michigan are extraordinary.”

More than that game 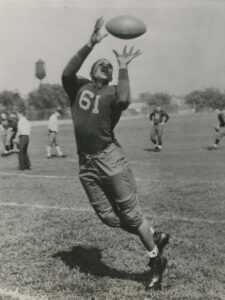 Things could have played out much differently. Yost placed Ward in an untenable situation with the infamous benching. The student-athlete faced pressure from all sides: to make a bold stand against prejudice and quit the team; to follow his coach’s orders; to consider the good of the team; to weigh the chance he could be intentionally injured; to calculate his own long-term interests. The pressure came from family and friends, from supporters and opponents on campus, from opinion columns and letters in the Black press, and from within. He was accused of cowardice for not publicly challenging his coach’s decision by some, and he was defended by others for accepting it.

Now, the Bentley’s online exhibit, Willis Ward: More Than the Game addresses Ward’s notorious Georgia Tech benching while also showcasing the broader context of his family, community, campus, and career. Content is delivered in six chapters that detail: how a child of the Great Migration became a star athlete at Northwestern High School in Detroit; how he worked to ameliorate racial conflict at the Ford Motor Co. while putting himself through law school; how he worked in the Wayne County Prosecutor’s Office before entering private practice; and how he finished his public career as a probate judge in Wayne County.

The exhibit also showcases how U-M was a largely segregated campus, how Black women were initially not allowed to live in the dormitories, and how the small number of Black students at U-M led separate social lives.

Ward died in Detroit on Dec. 30, 1983, at age 71. Detroit Mayor Coleman Young spoke at his memorial service. The Bentley exhibit covers his passing — but doesn’t end with it.

Almost 30 years later, in 2012, an eight-year-old named Genna Urbain, along with others, lobbied U-M and the Michigan Legislature to honor Ward. The Michigan Senate unanimously passed a resolution designating Oct. 20, 2012, Willis Ward Day in the state of Michigan. On that date, Ward was honored among 113,000 fans at Michigan Stadium as the Wolverines played Michigan State.

On May 27, 2015, a room in the Michigan Union was designated the Willis Ward Lounge, with members of Ward’s family present. Urbain, then 11 years old, cut the ceremonial ribbon. 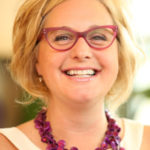