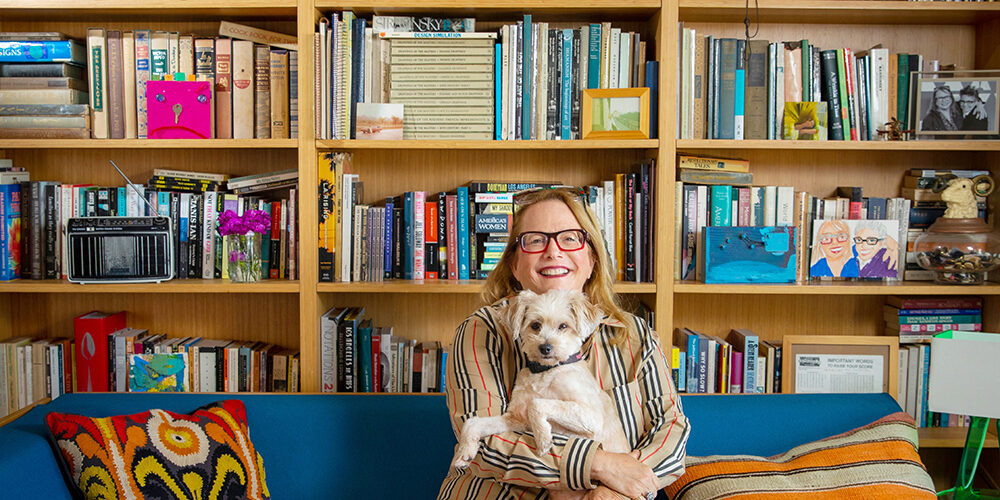 “Living a life of music is crazy and fantastic.”

Five-time Emmy-award winner Laura Karpman speaks from experience. Her 32-year musical career in scoring spans the film, television, and video game industries, as well as concert and theatre music. She’s had residencies at Tanglewood, MacDowell Colony, and the Sundance Institute, and has performed with the Los Angeles Philharmonic, the Detroit Symphony Orchestra, and the Prague Symphony Orchestra, to name just a few.

Her style may vary wildly from project to project, but Karpman’s process follows a consistent theme.

“You get up every day and write,” she says, “whether you feel great or didn’t get much sleep the night before, you still have to do it. There are deadlines to be met. There are orchestras to be recorded. It’s a lot of work, but it’s the best possible kind of work.”

And it’s the only kind of work she ever wanted to do.

“It was always my dream,” she says.

“A good place for me to be”

Karpman’s music can be heard on Steven Spielberg’s sci-fi miniseries “Taken” and the documentary series “Why We Hate,” which he executive produced. Fans of Marvel’s recent animated series “What if…” will know her scores, as well as those who watched the series “LA’s Finest,” “Odyssey 5,” and “Lovecraft Country.”

The L.A. native first set her sights on Michigan at age 11 when she began attending the Interlochen Arts Camp. She was inspired to apply to U-M after meeting so many artists at the camp who had connections to the University.

“Studying music is a deep, deep, deep, and hard endeavor. One of the things I loved about U-M while I was in the music conservatory is that my non-music classes were in a major research institution on the main campus. Those classes had a big influence.”

Those classes covered the films of Swedish filmmaker Ingmar Bergman and the plays of William Shakespeare. English literature courses delivered the classics, and she pored over the works of America’s greatest playwrights.

“I took Italian because it was great for music,” Karpman says. “I took all kinds of English and film courses that had to do with all kinds of stage-work and dramas. Ella Fitzgerald came to Hill Auditorium. So did Vladimir Horowitz. There was a disco bar where all the LBGTQ+ people went. It was an amazing place. As a young person, it was a very good place for me to be.”

Karpman studied with Emmy- and Pulitzer Prize-winning composer/pianist William Bolcom at U-M, and with Dr. Leslie Bassett, who taught at U-M from 1952-92. Bassett was the Albert A. Stanley Distinguished University Professor Emeritus of Composition until his death in 2016.

“Both were great teachers for me,” she says. “They really helped establish one part of the sound of American music.”

To this day, Karpman keeps in touch with Bolcom.

“He was such a wonderful composer. I remember very well the performances he would do with his wife, [mezzo-soprano] Joan Morris — these jazz cabaret pieces; it was pretty spectacular,” she says.

At U-M, Karpman also workshopped “Ask Your Mama” in which she scored the epic poem by Langston Hughes for the legendary soprano Jessye Norman. She performed it at Carnegie Hall. Recently Karpman received a commission from the Opera Theater of St Louis to write a 20-minute opera about parenting during the pandemic. It’s titled “On the Edge.”

At Sundance, she saw music work with picture for the first time in her life.

“Music technology and the interaction with computers and with keyboards was a relatively new idea,” she says. “I got very excited by it. It felt fresh to me. It felt full of possibilities. That and studying drama at U-M, all of those skills came into play when scoring pictures.”

Meanwhile, she taught music composition at UCLA, Berklee College of Music in Spain, and the University of Southern California, where she is a member of the film-scoring faculty. 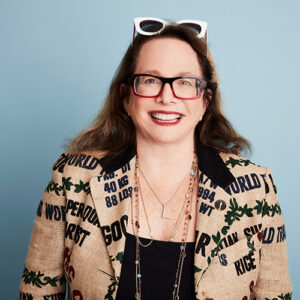 Karpman also is a champion of inclusion in the field of music composition. In 2014, alongside composers Lolita Ritmanis (“Blizzard of Souls,” “Young Justice”) and Miriam Cutler (“RBG,” “The Hunting Ground”), she co-founded the Alliance for Women Film Composers, which provides visibility and advocacy for female composers. It has grown into “a wonderful organization with 600 women from all over the world,” Karpman says. “It’s educational. It supports advocacy. It’s really become a significant and important group in our business.”

In 2015, Karpman was inducted into the music branch of the Academy of Motion Picture Arts and Sciences Board of Governors, and in 2016, she was elected as the Board’s first female Governor of the Music Branch. Her five-year term ended in 2021, but her advocacy has created further opportunities to promote industry-wide advancement.

“It’s been a great place to not only create new lifelong friends but to create systemic change,” Karpman says. “You see a lot more women composers from under-represented groups that are really starting to make in-roads, especially in television.

“It’s not even a question that inclusion is important, but how to make it happen,” she continues. “At this point, we’re not only looking to break the tallest glass ceiling in terms of films with big budgets but also looking into institutions to make sure the admissions are really going the way they should be, getting young people in to be trained, and bringing them into this field.

“Do I think we will achieve equity? I don’t know. Do I think there are actual possibilities for women and other under-represented groups to make a living in my field? Yes. If you would’ve asked me that 10 years ago, I might’ve responded differently.”