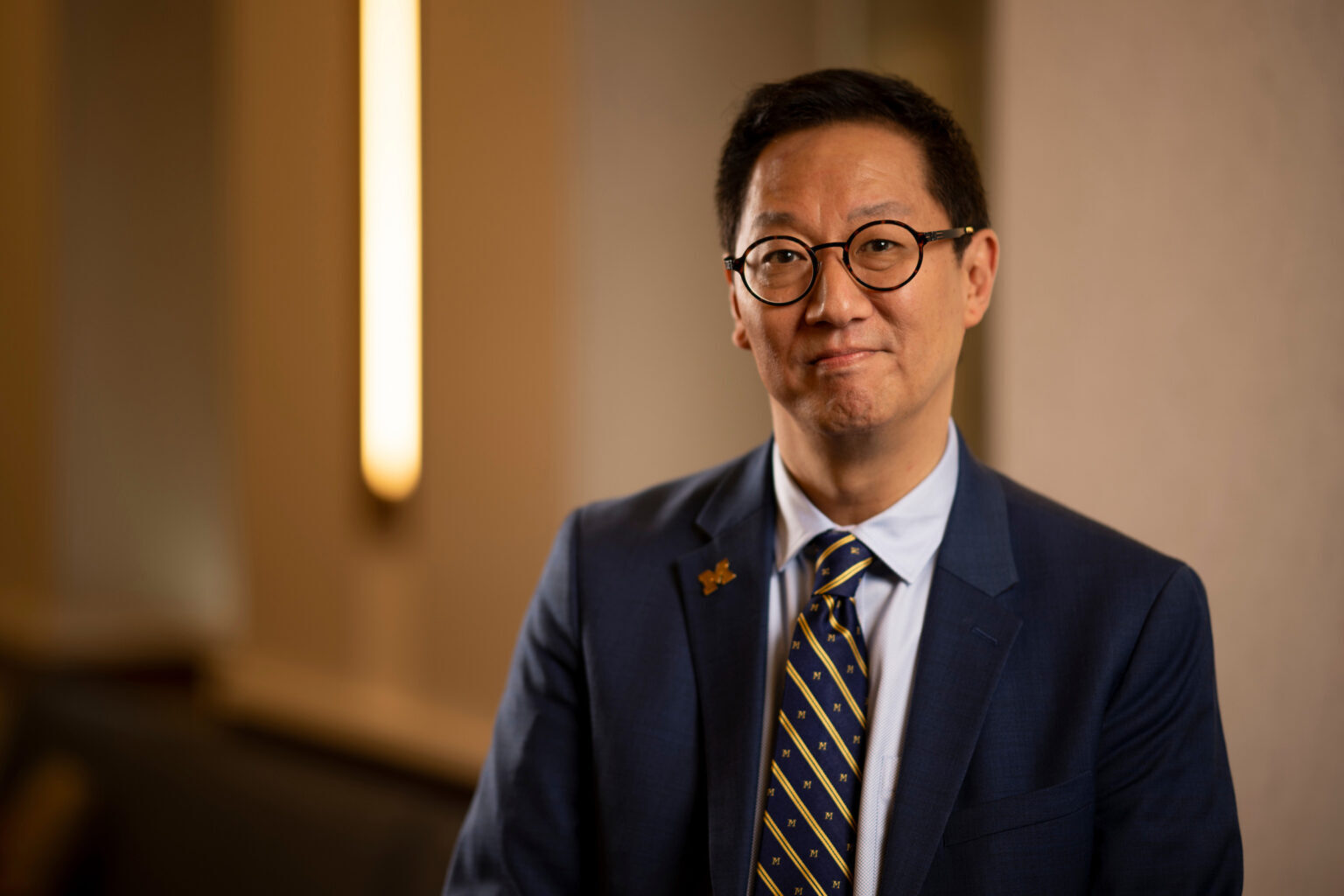 MORE INFORMATION
Biographical information, statements and remarks about the next president
The Board of Regents voted unanimously to appoint Ono during a special meeting July 13 in Ann Arbor. Ono, who previously served as president of the University of Cincinnati and senior vice provost and deputy to the provost at Emory University, will officially step into the U-M role Oct. 14.

“On behalf of all of us seated here and the entire University of Michigan community, here and around the globe, I’d like to extend my warmest welcome to Dr. Santa Ono and his wife, Wendy, who has joined him today,” said Paul W. Brown, chair of the Board of Regents, during the special meeting.

“We look forward to meeting your daughters, Sarah and Juliana, and son-in-law, David, very soon. We are thrilled and honored to have you here today and to welcome all of you to the University of Michigan family. I know you will continue to help us serve the public good.”

About the new president

Ono, 59, is an experienced vision researcher whose pioneering work in experimental medicine focuses on the immune system and eye disease. His track record of leadership at universities in the United States and Canada includes prioritizing sustainability efforts, strong advocacy for mental health issues, and an open communication style.

“I look forward to embracing the University community and supporting their education, scholarship, innovation, and service. And I look forward to joining Michigan’s 600,000 alumni in cheering for the Wolverines.” — Santa Ono
He also has focused on accessibility and affordability in higher education through service in organizations such as the Posse Foundation, leadership of the Urban Health Initiative of the Coalition of Urban Serving Universities, and launching national programs at the universities where he has served. At UBC, he led substantial efforts focused on truth and reconciliation for Indigenous groups and others.

He is the leader of the University Climate Change Coalition, a network that connects 23 of the world’s leading research universities and university systems committed to accelerating climate action. Times Higher Education ranked UBC among the top seven universities in the world in its “Impact Rankings” in each of the past four years for taking urgent action to combat climate change and its impacts.

Ono also serves as chair of the U15 Group of Canadian Research Universities, a collective of research-intensive institutions similar to the Association of American Universities.

“The University of Michigan is recognized worldwide as being at the pinnacle of public higher education,” Ono said. “It is a singular honor to be chosen to lead such an extraordinary institution.

“I look forward to embracing the University community and supporting their education, scholarship, innovation, and service. And I look forward to joining Michigan’s 600,000 alumni in cheering for the Wolverines.”

Ono, who is of Japanese heritage, is the first Asian American to lead U-M. He was born in Vancouver and grew up in Pennsylvania and Maryland, earned a bachelor’s degree in biological science at the University of Chicago, and a doctorate in experimental medicine from McGill University in Montreal.

He has taught at Johns Hopkins University, Harvard University, and University College London. While at the University of Cincinnati, he also served as a professor of pediatrics at Cincinnati Children’s Hospital Medical Center.

The search committee sought a candidate “who could build trust, lead with integrity, and actively engage the full range of Michigan’s constituencies. Someone who had strong emotional intelligence and communication and listening skills,” said Regent and Search Committee Co-chair Denise Ilitch.
Ono is a fellow of the American Association for the Advancement of Science, the Canadian Academy of Health Sciences, the National Academy of Inventors, USA, and the Johns Hopkins Society of Scholars. He also is a recipient of the Reginald Wilson Diversity Leadership Award from the American Council on Education. Earlier this year, he was elected to the American Academy of Arts & Sciences.

The committee hosted seven public listening sessions earlier this year to collect input from members of the community about their hopes and expectations for a new president. An online survey collected additional thoughts from more than 1,000 respondents. 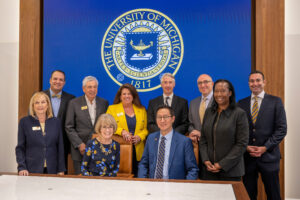 “Several clear and consistent themes emerged in regard to what our community wanted in a new leader,” said Regent Denise Ilitch, who with Regent Sarah Hubbard co-chaired the search committee to select the new president. “Someone who could build trust, lead with integrity, and actively engage the full range of Michigan’s constituencies. Someone who had strong emotional intelligence and communication and listening skills.

“It is readily apparent to me after getting to know Dr. Ono and learning about his experiences as a university administrator that he is the right person to lead the University of Michigan at this moment in time.”

Under the Michigan Constitution, the board is responsible for electing the University president.

“We listened. We heard you,” said Hubbard, thanking members of the U-M community who shared input during the search process. “I’m confident that the finalist seated before us today is the right choice for the University of Michigan.”

Ono’s five-year term as president will begin Oct. 14. He succeeds Mary Sue Coleman, who has been serving on an interim basis since the board removed former president Mark Schlissel on Jan. 15. She will continue in the role until Ono begins. Coleman led U-M as its 13th president from 2002-14.

“In every sphere of human endeavor you will find Michigan graduates among the leaders and best. I look forward to connecting with alumni around the world because I view them as an integral part of the University community, as part of our family.” — Santa Ono
Ono will receive a base salary of $975,000, subject to annual increases at the Board of Regents’ discretion, and $350,000 in deferred compensation starting after the first year. He also will receive regular University benefits and supplemental contributions to a retirement plan, housing in the President’s House, an expense allowance, and use of an automobile and a driver, all in accordance with University policies.

As president, Ono is responsible for general oversight of the University’s teaching and research programs, as well as the libraries, museums, and other supporting services. His duties also include overseeing the general welfare of the faculty and staff, health and order among students, and the University’s financial stability.

“In every sphere of human endeavor you will find Michigan graduates among the leaders and best,” Ono said. “I look forward to connecting with alumni around the world because I view them as an integral part of the University community, as part of our family.”

Ono is married to Wendy Yip, who trained as an immunologist at McGill and as a lawyer at Boston University. They have two daughters, Juliana and Sarah.

— Ann Zaniewski also contributed to this story, which is repurposed courtesy of The University Record. Lead photo by Roger Hart, Michigan Photography.