It depends on the second meeting 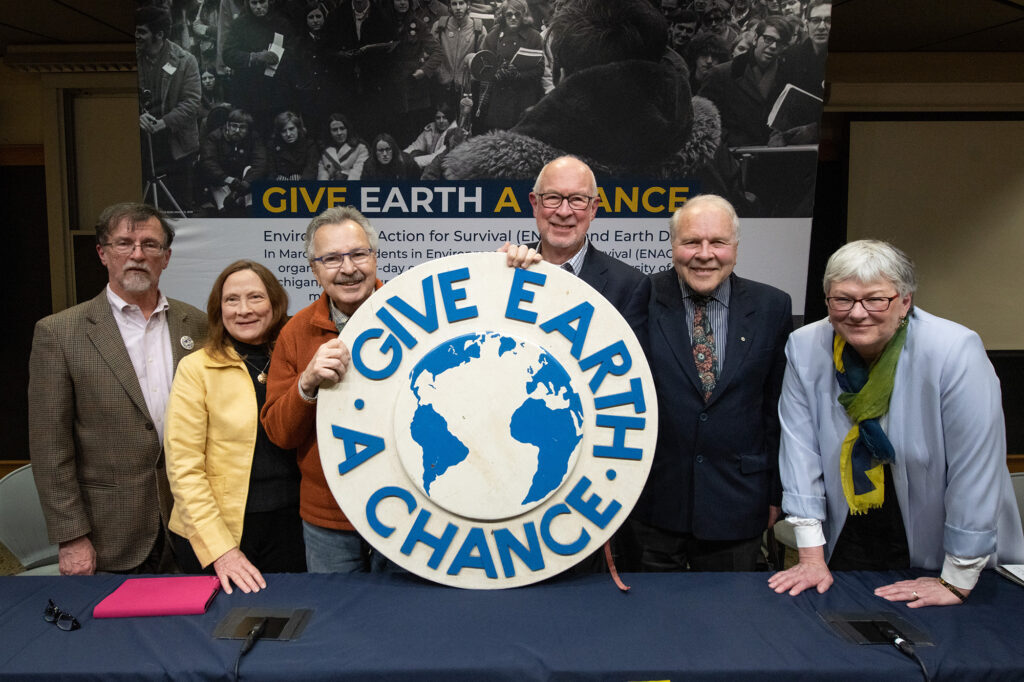 Over the years I have come to be known for the statement that “progress depends on the second meeting.” It’s one of the central tenets when I teach problem-solving, and was inspired by my years in leadership and management at NASA. I noticed we had many “good first meetings” there.

These meetings often came in response to a crisis, a management initiative, or a funding opportunity. People with relevant knowledge (writing a proposal for a new center, for example) would convene with palpable energy and enthusiasm. I came to recognize a familiar cadence to these get-togethers. There would be some emotional venting, followed by a discussion regarding each person’s potential contribution, after which we’d agree that if we worked together, we could do something better. At the conclusion of the meeting, someone would take inventory of the assets we held to address the problem.

No problem was solved. But people would disperse, saying, “It was a good meeting.”

Sometimes there would be follow-up. Someone might produce a document, often in response to: “We need a strategic plan.” The most likely outcome was that in two-three years, the same parties would reconvene for another “good first meeting.”

It often appears that planning becomes the primary purpose of an organization. While advising one group, I found more than 10 strategic plans on the shelf. It soon became clear that key people in the organization had no intention of following any of them. 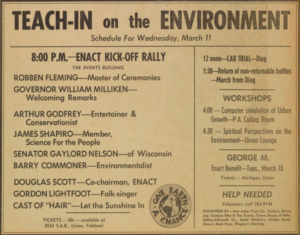 In March 1970, the University’s “Teach-in on the Environment” featured a symposium on environmental law held by the Law School, a seminar on marine transport pollution, a talk held by urban experts on “intellectual pollution,” and an “Environmental Scream-Out.”

A simple premise is that organizational change and organizational success depend on the second meeting. If there is no continuity of effort, then we simply maintain the fragmented self-interests of individuals and subunits.

I just listened in to an excellent first meeting with the University of Michigan’s 15th president, Santa J. Ono. The University community has been excited about the arrival of a new leader, and in his first month, Ono has generated outsized enthusiasm.

One of his greatest challenges will be to move the University forward in its goals to embrace and address climate change. It’s been a chronically frustrating issue. Prior administrations have addressed that frustration in a number of ways, including moves to divest the University Endowment from fossil fuels. They’ve engaged students who actively and directly demand change. They round up faculty committees and set up presidential planning activities.

There have been many “good first meetings.”

President Ono addressed climate change in his first leadership address on Nov. 17. As the principles, values, and vision of its leaders are important to the culture of an organization, the prominent mention of several initiatives by President Ono is encouraging. I am most interested in the following: 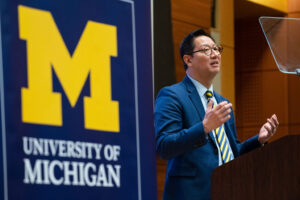 In 2019, U-M initiated the President’s Commission on Carbon Neutrality (PCCN), which included in its March 2021 final report the recommendation to “act quickly to create an executive leadership position reporting directly to and advising the president, whose office and staff have responsibility for planning and coordinating university-wide carbon neutrality efforts …”

With President Ono’s announcement, the search for this leader should be underway. In his talk, Ono said this leader would report to him and Chief Financial Officer Geoffrey Chatas, who has been a climate champion in University leadership.

Less prominent, perhaps, in his address was the statement that the University of Michigan has a “massive operational footprint,” and that U-M should serve as a “living laboratory.”

It is that massive operational footprint of the University of Michigan, and many other universities, that the PCCN report addressed. And to its credit, U-M has taken some meaningful steps toward carbon neutrality.

But without close attention, the recommendations of the PCCN may languish on a shelf like so many discarded strategic plans.

For example, rather than addressing greenhouse gas use in existing buildings and renovations, we put it off to the “next” new building. This strategy does not recognize that most University buildings will still be here in 20-50 years. If we do not build carbon neutrality into current construction, we will live with this issue for many more years to come.

This reluctance to look at current operations contributes to the frustration among many members of the University community — students, alumni, faculty, and staff. The University rightfully maintains it is doing groundbreaking research designed to address the universal problems of climate change. But too often, decision-makers don’t recognize the immediate needs this research could address, not to mention the advantages it could bring right here on campus. 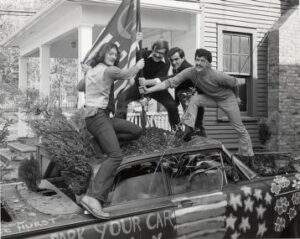 Moving forward with the hire of an executive leader who will address carbon neutrality is a hopeful sign of culture change. That this person will be addressing both strategic research issues as well as the operational mandate that resides with U-M’s CFO suggests recognition that we need to do more than great research. We need to view the University, the City, the County, and the State as part of a living laboratory to benefit from this research. We need to be a partner to accelerate the reduction of the massive carbon footprint that characterizes our energy use.

It was a great first meeting.

In President Ono’s speech, we saw some continuity from the past with “motivated and dynamic students, staff, faculty, and alumni that clearly articulate the need for us to be leaders in confronting the climate emergency.”

We did not hear the need to form another commission, to make a new plan. We heard acknowledgment that there is work to be built upon and gaps to be filled between what we say and what we do. We heard a sense of urgency.

In that sense, this first good meeting had some characteristics of a good second meeting.

Are we going to build from this seed of coherence to address the fragmentation that defines the behavior of the University and its silos of excellence?

It will be very hard work to confront the barriers that support and reward our fragmentation. Effective leadership at the top of the organization is an important element for success. However, commitment, diligence, and continuity are required within the organization to use the opportunity that has presented itself.

(The Environmental Action for Survival (ENACT) Teach-in on the U-M campus in March 1970 predated the first national Earth Day demonstration in Washington, D.C., on April 22, 1970. Six members of the original 1970 Teach-in for the Environment reconvened at U-M in March 2020. Image: Michigan Photography.).