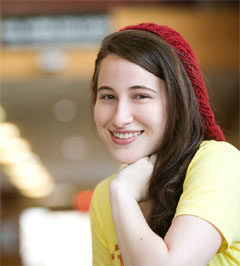 It’s common for incoming U-M freshmen to feel nervous, but Andrew Davignon had a special reason to worry. His parents had given him a traditional Catholic upbringing and sent him to a Catholic high school, and he’d heard stories about what can happen to religious students on a secular campus like Michigan’s. “People say that everyone loses their faith here,” he says. “I thought [the university would] be antagonistic to just being Christian.”

About the Author
At the time he wrote this story, Ben Collins described himself as "a moderately passable musician who is faking his way through college as a computer programmer. What an embarrassing existence."
Social
Share on: Share on Twitter Share on Facebook