Mosher-Jordan Hall under construction circa 1929. (All archival photos on this page courtesy U-M Bentley Historical Library.)

Before the 1930s, even in the golden age of fraternities and sororities, most U-M students lived in rooming houses. It had been that way since the University’s early years. U-M’s first president, Henry Tappan, assuming leadership of a school that needed every square foot of its building space for classrooms, had adopted the model of the German universities, which, unlike Oxford and Cambridge, relied on local landlords to house students. 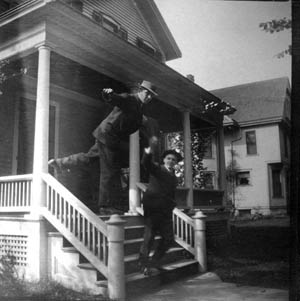 Male roomers on the porch of their house. President Little’s survey of rooming house life found (to no one’s surprise) that such houses were ‘often of a non-intellectual character.’

So, for decades, at the beginning of every term, property owners all over Ann Arbor hung signs for “Rooms” in their front windows. The arriving freshman’s first job was to find a place to sleep.

“Find out how many other roomers will be in the house,” advised a handbook “for freshmen by freshmen” published in 1921. “Are they workers… men who come here to spend the winter? Find out their moral qualities if possible.”

This policy never sat too well with parents, who knew that landlords and landladies had no obligation to watch out for their young tenants’ well-being. Some owners kept up their places; others, not so much.

University-owned housing for a certain number of women students became available with the construction of the Helen Newberry Residence and Martha Cook Building (both opened in 1915), Betsy Barbour House (1920), and the original Couzens Hall, for nursing students (1925). But in the mid-’20s, only 325 women lived in these dormitories, while some 800 women continued to live in “league houses”—private rooming houses inspected and approved by the Dean of Women. Some 3,000 men and women lived in fraternities and sororities. And 4,500 men got along in uninspected, unapproved rooming houses.

What do you remember about dorm life? Share your story and read others’ at Your U-M History

Starting with James Burrill Angell, president from 1871 to 1909, University leaders had been talking up the need for dormitories. But it was President Clarence Cook Little who moved the issue to the front burner. Appointed in 1925 at the age of only 36, the Harvard-trained Little had already been president of the University of Maine. A cancer expert with Hollywood looks, he had ambitious plans for remaking U-M. He wanted to reorganize the University into lower and upper colleges, with freshmen and sophomores taking practical and vocational courses in a sort of junior college. Little also believed that in a big school like Michigan, students’ intellectual and social needs would be best served if they lived in the communal setting of dormitories, with professors “living in” to look after them. 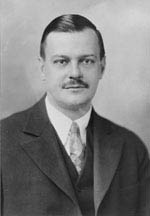 To lay the groundwork for his dormitory program, Little commissioned a study of student housing by Robert Angell, a professor of sociology (and grandson of President Angell), who shared Little’s views. Few were shocked when Angell reported that fraternity members were “constantly distracted from their work by noise, music, intrusions, and house duties such as rushing, social functions, and an undue emphasis on campus activities.”

In rooming houses, he found “the atmosphere is … often of a nonintellectual character” and “rules, if there are any, are apt to be honored in the breach rather than in the observance, so that study is frequently difficult.” This allowed “degeneration, because of the change from previous home conditions.”

Angell said the solution was a system of residential colleges — dormitories — that “would afford healthy living conditions, would make possible the stimulation of intellectual interest among students through libraries and contact with resident faculty members, and would bring the students together in congenial groups in which proper moral standards might well develop with the guidance of the resident instructors.” 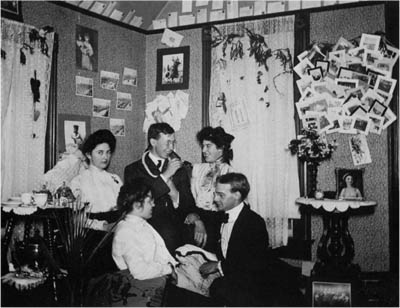 President Little put this idea into a formal proposal and pushed hard for it. Among parents, students, and alumni, he asserted, “the sentiment in favor of a radical change in policy is overwhelming.” U-M was losing students to small colleges where students lived together in college-owned dormitories. With financial help from generous alumni — “I know of no nobler gift they could make,” Little said — the University should build two blocks of dorms — the first for women, overlooking Palmer Field, the second for men in the neighborhood of Ferry Field.

“Natural units for intramural sports would be provided, intimate and lasting friendships formed, traditions built up, student-faculty contacts increased in amount and improved in quality. Loyalty to a ‘physical’ Michigan which would underlie its spiritual value would be greatly increased… The unique and intangible strength of old associations with one’s college room, one’s roommates, and the group to which one belongs would come into being in ever increasing amount.”

Little had to be careful not to offend powerful alumni who were deeply loyal to their fraternities. He made it clear the new dormitories would supplement, not supplant, the Greek-letter houses. But it’s also clear that Little, under his public facade, wanted very much to undermine the power that fraternities of the Roaring Twenties wielded over campus culture. In a book on university life published just after he left Michigan’s presidency, Little wrote: “In the past ten or fifteen years, the fraternity has frequently been the most powerful organized source of moral misbehavior on the campus … From an educational viewpoint the fraternity has been a sad failure. The great source of irritation … is the disparity between the unfulfilled potentialities of the fraternities, the social and intellectual smugness of their members, the puniness of their constructive contributions, and the unreality of their ideals.”

The Regents balked at Little’s plan for splitting the undergraduate curriculum in two. But in 1928 they supported his dormitory plan, at least in principle. In practice, it was obviously going to be a long haul. A first step was taken with the acquisition of land on Observatory Street for a dorm to house some 500 women. Then, with the big plan already in motion, the landlords tried to toss a wrench in it.

The opposition, fearing a catastrophic loss of tenants to the University, was led by one E.N. Brown, who owned the rooming house at 523 E. Madison, on the northeast corner of Madison and Thompson. Brown collected signatures on a petition calling — vaguely — for the protection of “certain rights and safeguards to which the property owners of the city are entitled.” (How many actually signed Brown’s protest is a mystery. There were 14 names on the petition submitted to the Regents. The Ann Arbor News reported that 5,000 signatures were sent to Governor Fred Green.)

Students snorted. An anonymous sophomore wrote to The Michigan Daily: “Do not the owners themselves realize that had they, in the past, presented to the students the privileges and comforts which are so essential, there would have been no immediate necessity for a dormitory?” To Mr. Brown’s assertion that the owners had “no desire to be unfair,” the writer retorted: “But are they not being outrageously unfair? Deprive us students of the dormitory, in order that property owners might continue to accept our money, grow fat on us in exchange for the privilege of living in their unsatisfactory houses!”

The Regents had clear authority to build a dormitory if they wished. So, after financing was worked out — with alumni paying part of the cost — construction of Michigan’s first large dormitory began in 1929. In 1930 it opened its doors, bearing the names of U-M’s first two deans of women, Eliza M. Mosher and Myra B. Jordan.

By then President Little had resigned; his differences with the faculty and the Regents over reorganizing the curriculum had proven too great to be resolved. But the die had been cast for dormitory living at Michigan. After the Great Depression eased, a string of major dorms (soon to be designated “residence halls”) were built: West Quadrangle (opened in 1937); Stockwell Hall (1940); East Quadrangle (1941); Alice Lloyd Hall (1949); and South Quadrangle (1951). Mary Markley Hall would open in 1959, Bursley Hall in 1967.

The University’s only 21st-century residence hall so far—North Quad, on the site of the Frieze Building — is now under construction (while the dorms on the Hill have undergone a massive renovation). In the exact spirit of Clarence Little’s long-ago vision, North Quad has been designed “to strengthen the connection between student living and learning.”

Mr. Brown’s property at Madison and Thompson wound up under the southwest corner of West Quad.

Sources for this article include the President’s Reports to the Board of Regents; The University of Michigan: An Encyclopedic Survey (both online at http://bentley.umich.edu/research/publications/um.php); The Michigan Daily; the Ann Arbor News; the Michigan Alumnus; Kent Sagendorph, Michigan: The Story of the University (1948); Clarence Cook Little, The Awakening College (1930); and Advice to Freshmen (1921).